Bayley Talks All Things WWE, Plus the Most Underrated Superstar 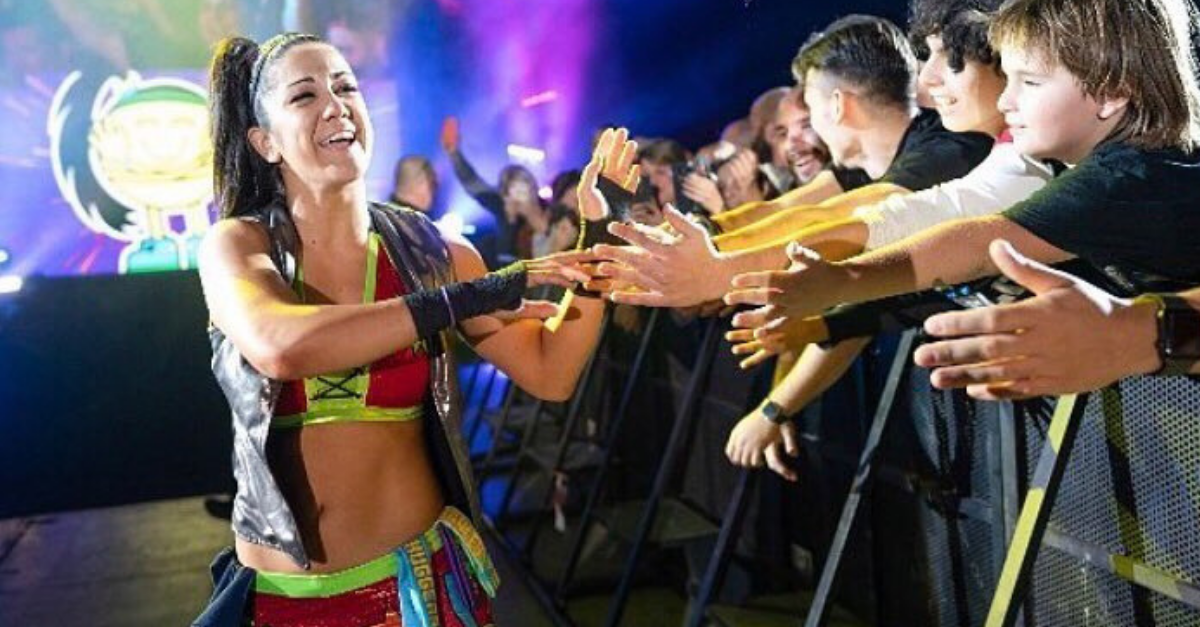 With the very large WWE roster, with enough people to operate three distinct brands, the concentration on developing a new wave of top talent has become more difficult for the Creative team. While WWE NXT is generally viewed as an exception due to less time on television which reduces the chance of over-saturation, WWE Raw and SmackDown Live combined is five hours long, which can cause a lot of redundancy.

One of the names who have fell victim to Creative not having much for her is Bayley. After being one of the most popular names in NXT, her call-up to the main roster was inevitable and overdue. When she finally did reach the main roster and was drafted to Raw, she made a decent push, but was not booked as strongly as the past during her reign with the NXT Women’s Championship, when Bayley defeated Sasha Banks. Bayley went on to defend her title against the likes of Alexa Bliss, Eva Marie, Nia Jax, and Carmella.

In fact, following her Raw Women’s Championship win in early 2017 that lasted only about two-and-a-half months, she has not been able to recapture the title since.

Bayley was interviewed by Metro to discuss a number of topics. Namely, Vince McMahon’s announcement of Women’s Tag Team Titles coming to professional wrestling in 2019, whether wrestlers are able to share their thoughts with backstage personnel, the women’s division ladder match at TLC, the upcoming women’s Royal Rumble match, and more. Bayley was also asked which current WWE superstar is underrated ? something she can surely related to ? and she had a choice that is not very surprising.

“Tyler Breeze. He had a match against Ricochet on NXT recently and reminded people who he was. Like Sasha, his mind is unbelievable, and he just needs the opportunity to show his ability.” — Bayley, via Metro

After also having stint in WWE NXT, which led to a top spot and multiple title opportunities, Breeze was called to the main roster and immediately had his sights set on Dolph Ziggler. However, Breeze started to commence a losing streak very shortly after being a member of the main roster.

Although his team with Fandango ? who started off as heels but turned babyface because of their popularity ? caused a bit of a resurgence in his career, the team has been mainly used for comedy fodder, and has not been able to maintain a consistent status above mid-card bouts in big time wrestling.