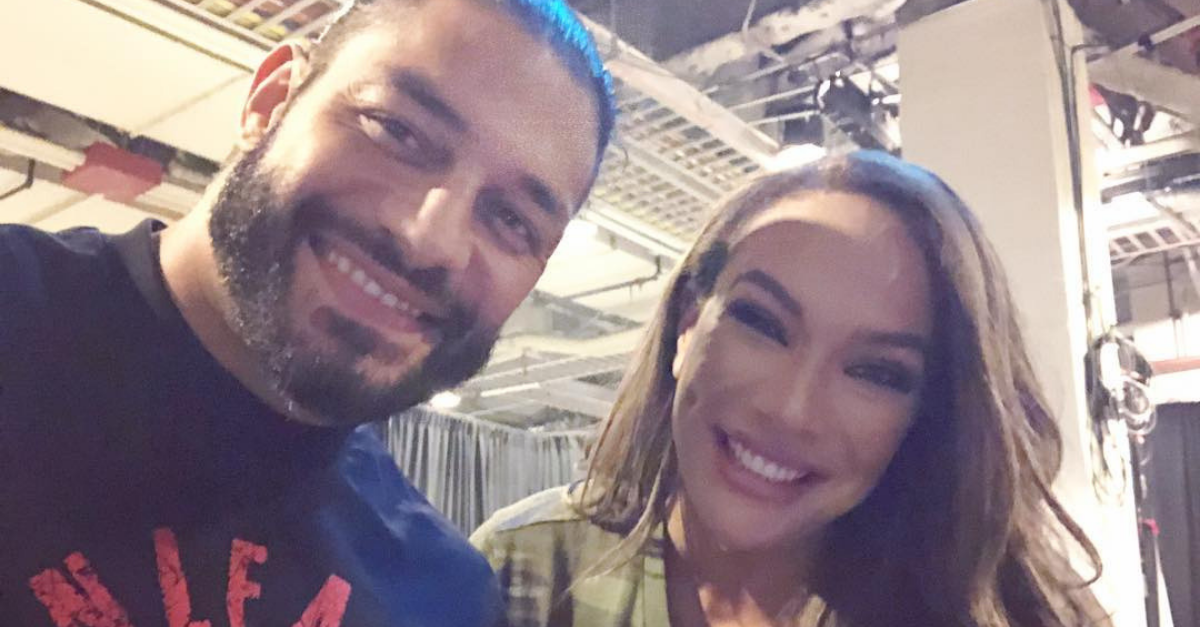 The pro wrestling world experienced one of the most shocking moments in its history when Roman Reigns came down to the ring during the opening segment of the October 22 episode of Monday Night Raw. Reigns stepped out of his wrestling character to share with the fans that he is once again battling leukemia, and it is no longer in remission. Following the shock and awe, the crowd immediately showed an amazing level of support, cheering on the champion as he was forced to relinquish the Universal Championship.

As Reigns walked backstage, WWE captured footage of the locker room swarming him with love and support as he starts his road to recovery. WWE superstars such as Shawn Michaels, Triple H, and Titus O’Neil, among others, were there to embrace him as he was leaving the arena. Another name who was there to embrace him backstage was a fellow member of the Anoa’i/Fatu dynasty, Nia Jax, as she gave Reigns a long, heart-felt hug.

Jax was interviewed by SportBible to share her thoughts on the Reigns announcement, as well as the backstage reaction.

“Nobody really knows Roman Reigns as this big, larger-than-life, Superman character, but the true Joe, Joe A’noai, is a very shy, humble person. But he’s super giving and loving. So that’s why when the news came out everybody was hit hard. I feel like that day there was just a hole left in the entire locker room. He gives advice to everybody, and he’s always there for everybody.

“And he carried the company on his shoulders for the last few years. There’s nothing that he would say no to and he works his butt off, day in, day out. And we thank him so much for all the contributions he’s given. So, it’s hit all of us pretty hard and I think we are all still getting used to it. I think everybody’s trying to find their footing now we’ve lost our Superman.” — Nia Jax, via SportsBible

While the WWE Universe continues to support Roman Reigns, as well as his fellow WWE competitors, Jax is gearing up for her upcoming Raw Women’s Championship match against Ronda Rousey. Just recently, Jax turned heel as she aligned with Tamina, and the duo is now a villainous power team on Monday nights.