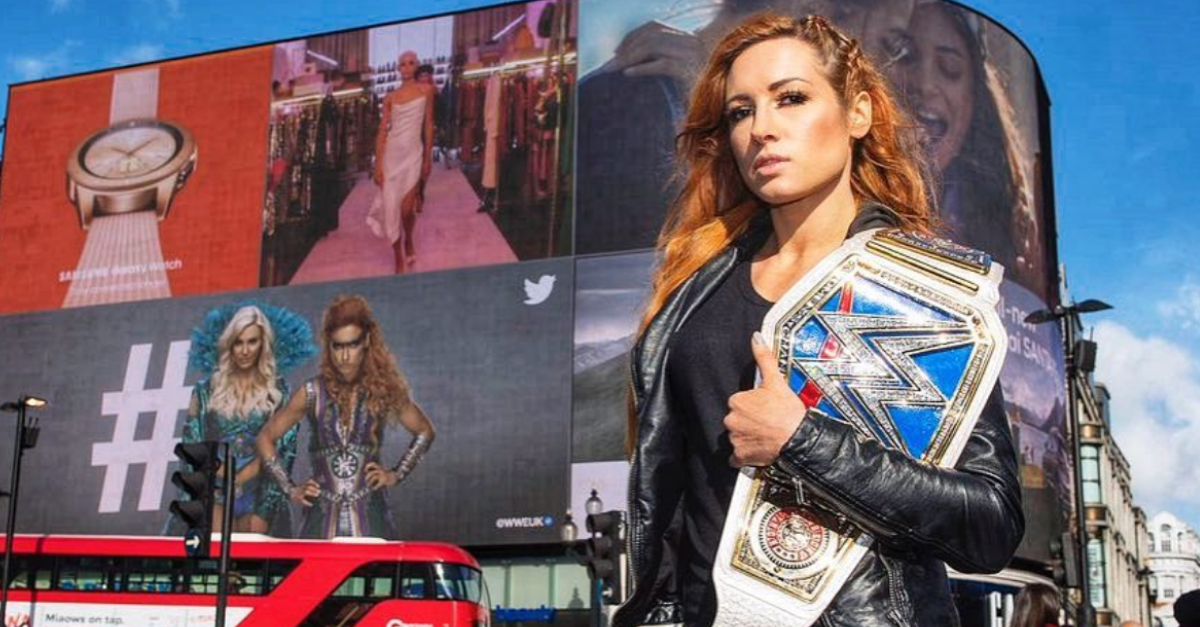 Throughout the latter half of 2018, Becky Lynch has become one of the most popular names on the entire WWE roster. In what was designed for a heel turn following an inability to win the SmackDown Live Women’s Championship from Charlotte Flair, it actually backfired, and the fans started to praise Lynch more than ever before. A month later, Lynch would beat Charlotte for the title and become champion for the second time in her career.

In the previous 34 installments of WWE WrestleMania, there has never been a women’s match to main event the show. Typically, since this is WWE’s biggest event of the year, the company looks for a larger-than-life main event feel in order to draw more media attention. Since the women’s division has not been even close to this feel for most of its tenure, a main event match once seemed unheard of.

The Man’s job is to keep headlines flowing and a sharp edge showing pic.twitter.com/1SinuMfFAX

RELATED: Is Ronda Rousey Having Second Thoughts About Her Pro Wrestling Future?

However, times have significantly changed in the women’s division. In fact, they have changed so much that a Becky Lynch versus Ronda Rousey match has been discussed for WrestleMania 35, which will take place at MetLife Stadium in East Rutherford, New Jersey, on April 7.

This match would be unprecedented, and would mark the first of its kind in WWE history. In a recent interview, Lynch made it quite clear that main-eventing WrestleMania is top on her priority list during an interview with the Asbury Park Press:

“The same hopes as I always have, to main event WrestleMania, right? And that?s what I want to do this year. And I don?t care who I have to go through to make that happen, that?s my goal, and to go out and steal the show.”

I’m seeing reports that I “might not be cleared” for TLC. Let me say this as clearly as I can: nothing will keep me from fighting on Dec 16th. I’ve got heads to slap and a title to keep. The Man will come around. pic.twitter.com/bAPFtisIGo

Until then, Lynch, whose name is “The Man” on social media, will continue to defend her Women’s Championship, as she is scheduled to compete against both Asuka and Charlotte Flair in a TLC match at the pay-per-view of the same name. Since WrestleMania is just a few months away, Lynch hopes to carry her support from the WWE Universe into a main event slot at the “grandest stand of them all” with other WWE superstars.