After 25 Years of Memories, Hall of Famer Jim Ross Says Goodbye to WWE 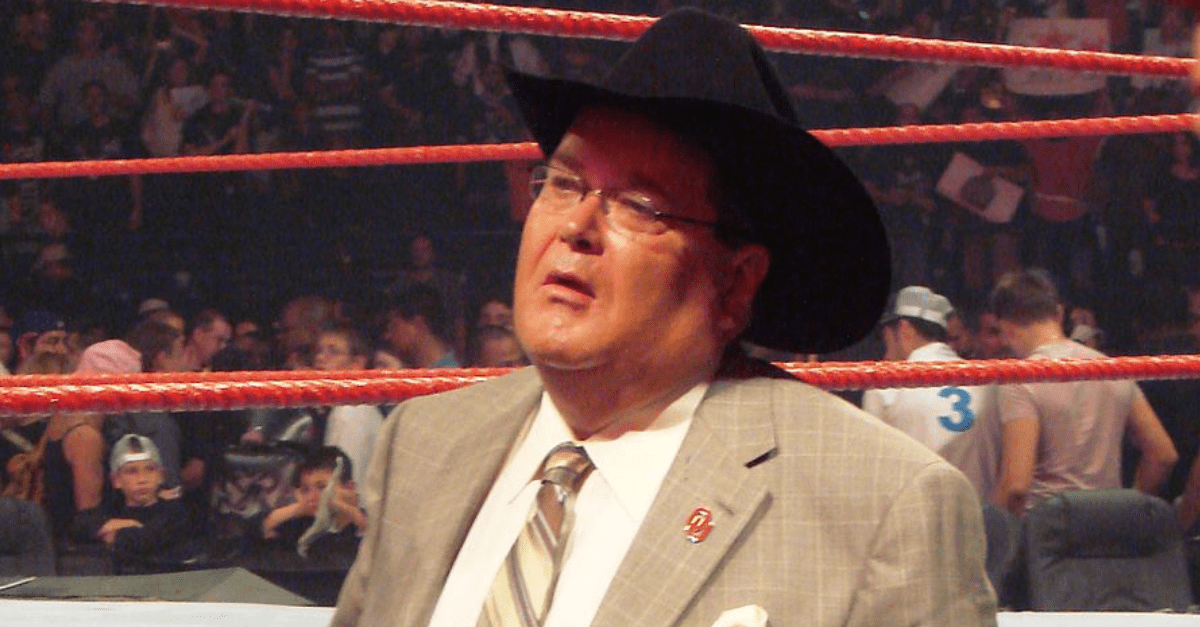 WWE Hall of Famer Jim Ross announced on the latest episode of his podcast, The Ross Report, that his relationship with WWE will end when his contract ends on March 29. Ross noted that he and Vince McMahon have mutually agreed to part ways, and shared details of his upcoming pro wrestling departure.

“I will not be returning to WWE after the 29th of March, leaving with great thoughts, very positive,” the WWE legend said. “I made a lot of money, Vince [McMahon] was amazing to Jan and myself, he set us up for life, financially, which I never can repay him. But, you know, I’m 67, I still feel like I could get the job done doing wrestling play-by-play, and so I want to explore that opportunity and that possibility.”

Ross had nothing but good things to say about his WWE departure, which shows that he still maintains an amicable relationship with the company. He feels that coming to work of the WWE in 1993 was the “smartest thing he ever did,” and has “no regrets.” Although he is not certain about his future, he does plan on being busy and productive.

In the latest episode of #WestwodOne 's "@JRsBBQ Report" podcast, "The Voice Of Wrestling" broke some big news regarding his career… https://t.co/uQx4KBYPtx pic.twitter.com/D6ESp1L3fe

Although Ross admitted that he does not know exactly what he will be doing at this time, he does “not think [he] will be out of work long.”

After spending over a decade as being one of WWE’s most notable voices, including on WWE Monday Night Raw, Ross’s schedule began to reduce in the WWE over the past decade.

When he stepped away full time from the commentating booth, he made sporadic appearances at certain events, including matches at WrestleMania 27, 28, 33, and 34.