I Spent 7 Hours at WrestleMania 35. Here’s What I Saw. 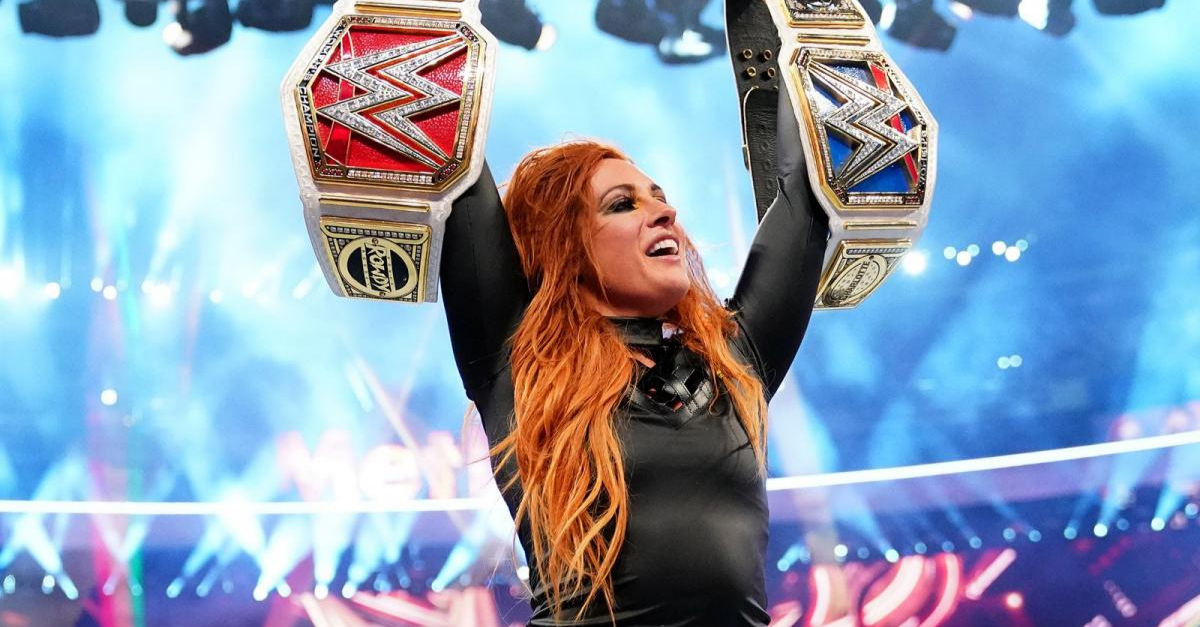 WrestleMania 35 is now in the record books, and the top two championships are no longer carried by the previous holders, Brock Lesnar and Daniel Bryan. Interestingly, neither of these two former champions appeared on their respective brands to issue a rematch on the Raw and SmackDown Live following WWE WrestleMania 35.

The live crowd inside the MetLife Stadium was pleasantly surprised that the main show started with Paul Heyman coming out and cutting a promo stating that the Universal Championship match will open WrestleMania. While Brock Lesnar gained dominant offense for the majority of the match, Seth Rollins’ low-blow that led to three curb stomps and a pin certainly pleased the crowd and set the tone for an exciting show.

Although AJ Styles vs. Randy Orton was a solid match overall, it was sabotaged by the crowd complaining about a blinding yellow light that was causing trouble viewing the match. The crowd chanting “Turn the light off!” occurred for a large portion of the match, which took away the interest overall.

The Usos retained their Smackdown Tag Team Championship after a solid fatal 4-way match, but the crowd did not show a huge amount of interest due to the match being rushed together.

Shane McMahon vs. The Miz was a pivotal point of the show, as the crowd was heavily involved in this Falls Count Anywhere match. Especially, the climactic suplex off of a camera tower that led to Shane winning the match simply due to being on top of Miz while they were both knocked out.

There was nowhere to go but DOWN (off a production tower, to be exact) when @mikethemiz & @shanemcmahon went to battle in a #FallsCountAnywhere Match! #WrestleMania https://t.co/x0veXFntjn pic.twitter.com/GUP38sNlfx

Surprisingly, although they have been jeered villains since their tag team debut, the IIconics received a huge live reaction after winning the four-way match to claim the WWE Women’s Tag Team Championship. A significant amount of WWE’s overseas audience migrates to the United States to experience WrestleMania live, so this could have been why they were supported during the match.

Kofi Kingston was undoubtedly the biggest and most poignant reaction of the night. The crowd came unglued when Kofi pinned Daniel Bryan to win the WWE Championship, and a strong sense of unity within the live audience occurred when the ultimate underdog was able to achieve his dream after 11 years of climbing the steep hill.

Samoa Joe squashing Rey Mysterio to retain his United States Championship caused both cheers and jeers, but did create a burst from an emotionally spent live crowd due to the surprise factor. Unfortunately for Roman Reigns vs. Drew McIntyre, this match just did not click with the live crowd, perhaps due to Kofi’s reaction or the show’s length causing the audience to be tired. In addition, there was no major angle between the two that caused the spectators both at MetLife and at home to get very involved.

However, the live audience was well-receptive of the funny surprise of John Cena returning to his 2002 “Doctor of Thuganomics” gimmick, interrupting Elias’ performance.

Triple H vs. Batista was the longest match of the night, and the crowd was impressed by the entrances of both. Batista’s stumble as he entered the ring caused a large amount of laughter, and the match as a whole had mixed reviews. It could have been shorter, but from a personal view, the No Holds Barred match was better than expected.

The outcome of Kurt Angle vs. Baron Corbin was unanimously received negatively, and many in the WWE Universe were very shocked at this outcome in Angle’s farewell match.

Finn Balor received a positive reaction coming out as The Demon, and another positive reaction when he won the Intercontinental Championship over Bobby Lashley. However, people at this point were so exhausted that it was difficult to stay connected. This was also the similar reaction towards the triple threat, winner takes all main event match between Becky Lynch, Charlotte Flair, and Ronda Rousey.

In an attempt to beat the crowd, along with the show being over seven hours long at this point, many people were leaving during the match. Moreover, the way that Becky won the match was widely viewed as anti-climactic, and the reaction she received after winning both the Raw and Smackdown Women’s Championships was good, but could have been much better if the circumstances were different.