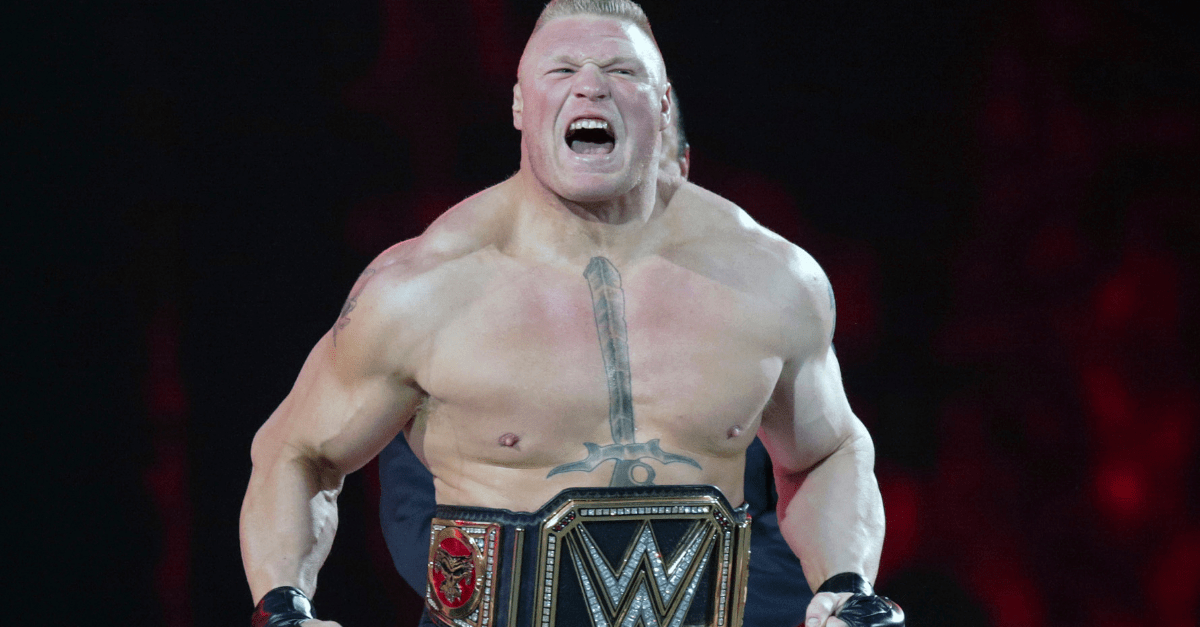 Even with tremendous fan support for most of the year, a victory at the Greatest Royal Rumble pay-per-view, and winning the Money in the Bank ladder match, Braun Strowman has still been unable to win the Universal Championship. Many fans felt that his singles match against Brock Lesnar at Crown Jewel was going to be his big moment. However, Strowman was still unable to win the title, and Brock Lesnar is now experiencing his second run as Universal Champion.

This shocking decision led to major speculation that WWE has made the financial decision to extend Lesnar’s stay with the company. The coronation for Roman Reigns was finally thought to be at WrestleMania 34 in New Orleans, but Lesnar was able to defeat the Big Dog, as well as a few weeks later at the Greatest Royal Rumble event in controversial fashion. Reigns was finally able to defeat Lesnar at SummerSlam, which was expected to be the final stop for Lesnar for the near future.

Ladies and Gentlemen, my name is #PaulHeyman … and I do not offer predictions. I deliver #spoilers. Case in point? Once again, your NEW reigning defending undisputed #UniversalChampion in @WWE …. @BrockLesnar!!!!!!! pic.twitter.com/AsAPwT3JMo

RELATED: Is Shawn Michaels Finally Calling It a Career After Crown Jewel?

The surprising return and title win from Lesnar was not in the original plans, as Roman Reigns was supposed to retain the title. As a result of the unfortunate change in plans, MMA Fighting is reporting that Lesnar has “secretly” agreed to a new, short-term deal with WWE. The deal is for multiple shows, although the details are still sketchy to the public. However, Lesnar is scheduled to appear at WrestleMania 35 in East Rutherford, NJ on April 7.

Daniel Cormier became the 1st fighter in UFC history to defend a title belt in multiple weight classes via a 2nd round submission over Derrick Lewis.

Cormier is now +108 in significant strike differential as a UFC heavyweight, according to FightMetric. Is Brock Lesnar up next? pic.twitter.com/4XxaU1z5WL

Although the deal does allow him to fight in the UFC, the report is also stating that his fight with Heavyweight Champion Daniel Cormier is not as sure as it was a few months ago. Cormier, who turns 40 on March 20, has made it clear that he plans on retiring at that milestone. For those optimistic that the fight will happen, DC did tell TMZ recently that the fight will indeed take place, but his schedule is “off limits” until next February. That would force Lesnar to agree to the March 2 date.

However, since Lesnar is once again involved in the WWE title picture, the expected fight with Cormier could be past the current champion’s timeline of being an active UFC fighter, which would make the tease ineffective.

If the Lesnar vs. Cormier fight does not happen, Cormier fighting Jon Jones again would be an alternative marquee match, which could also lead to the other rumored UFC fight between Lesnar and Jones sometime next year.