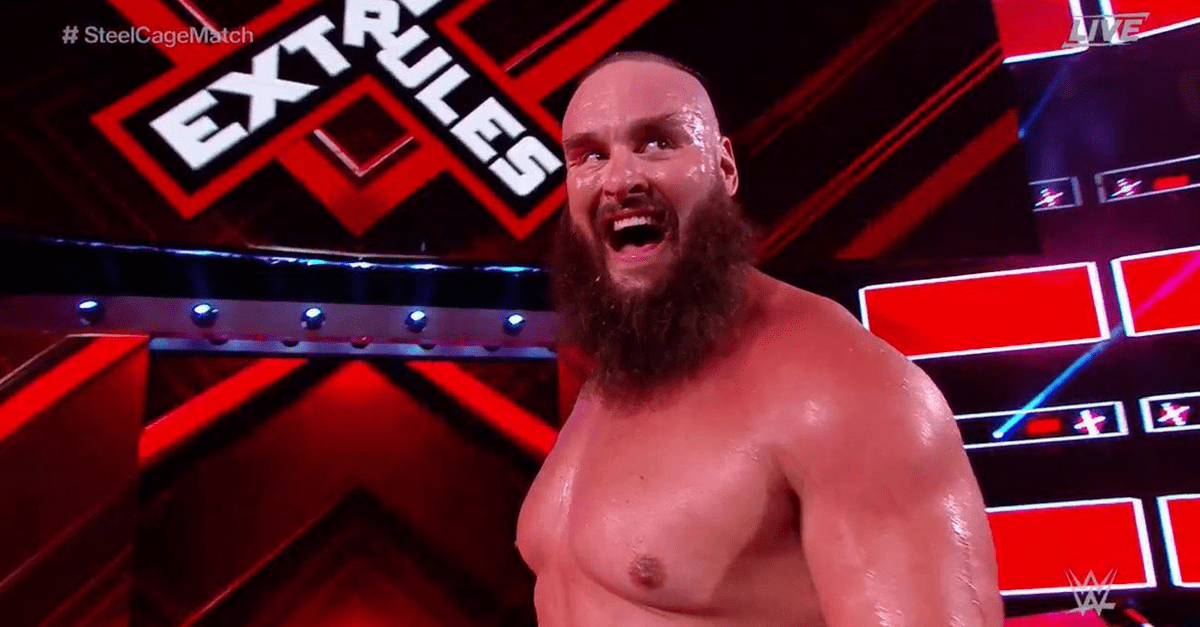 WWE Extreme Rules rolled in Pittsburgh, Penn., with the billing of a top Pay Per View event. Both the Raw and Smackdown Tag-Team titles were on the line, as well as both Women’s Championships, the Intercontinental, United States and WWE Championships being up for grabs at PPG Paints Arena.

One moment, though, stood high above the rest at Extreme Rules.

Braun Strowman and Kevin Owens met in a Steel Cage match. About 10 minutes into the match, the two climbed the cage together, but when they reached the top, all hell broke loose.

Strowman grabbed Owens by the throat and sent him Tom Petty free falling through the announcer’s table below.

By rule, the first person to touch the floor wins the match. While Strowman got the last laugh, and was the only man to walk away, he technically lost.

Owens was taken away on a stretcher, as Strowman enjoyed a slow climb down the cage relishing in the chaos.

Strowman, the current holder of the Money In The Bank contract, didn’t seem to mind taking the loss.

READ MORE: The Rock Might Be Cooking Up an Epic WWE Return