The Rock Might Be Cooking Up an Epic WWE Return 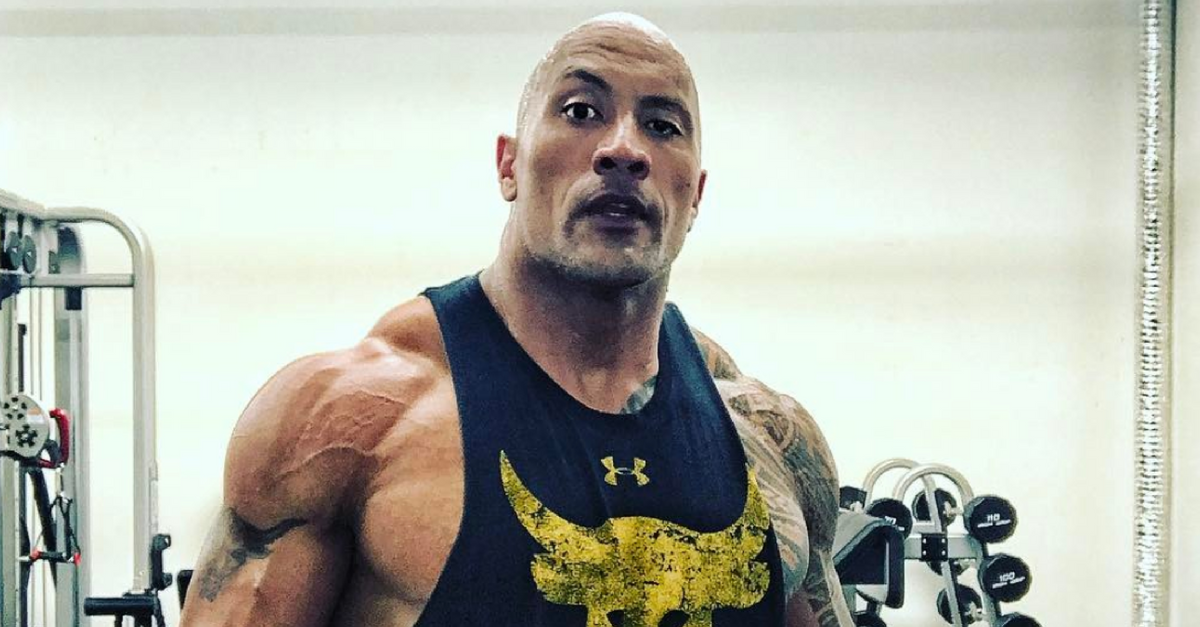 To Dwayne ?The Rock? Johnson, there?s nothing like being in a WWE ring. That feeling, the connection with the audience, is truly second to none. One of the greatest, and certainly most popular, professional wrestlers of all time seems to have an itch to get back to his roots, too.

?I can?t wait to get back into a WWE Ring,? he told WWE?s Cathy Kelley on the red carpet for the ?Skyscraper? premiere in New York City this week.

Then, the video cut to a later answer. Perhaps he gave the specific event and WWE doesn?t want to release it yet. Maybe they just wanted to condense the interview. Whatever it might be, let the conspiracy theories begin, but a return could actually happen for The Most Electrifying Man in All of Entertainment.

Since his last big run in WWE in 2013 ? where he was defeated by John Cena at Wrestlemania 29 ? The Rock has been cooking up blockbuster movies and depositing million of dollars to his bank account.

His trio of Hollywood movies ? The Fate of the Furious, Baywatch, and Jumanji: Welcome to the Jungle ? made well over $2 billion in the box office worldwide in 2017.

The last time The People?s Champion made a WWE performance was in April 2016, where The Great One destroyed Erick Rowan in a matter of seconds before joining John Cena to take out The Wyatt Family at Wrestlemania 32

It all came full circle for The Brahma Bull this week.

The anticipated movie premiere was his first ever in The Big Apple, and just so happened to be 2.2 miles from Madison Square Garden, where he made his WWE debut at the 1996 series under the name Rocky Maivia.

Don?t worry, he mapped it out himself. And whatever The Rock says goes.

The fact he knew the exact distance is a sign of how much that moment meant to the former Miami (FL) Hurricane football standout.

All that remains is The Rock returning to the ring. When and where are still be determined of course, but the smell of it is rather epic.