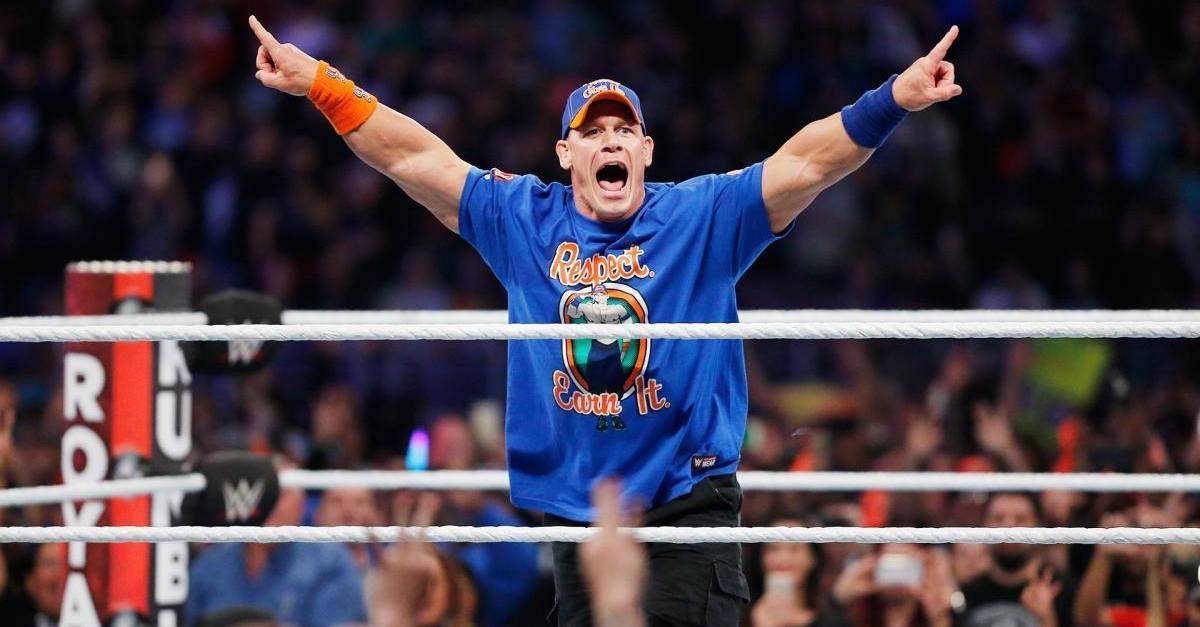 John Cena showed up on Monday Night Raw one night after the Elimination Chamber to embrace his failures.

After challenging the Undertaker to a match at WrestleMania, Cena said that won’t happen, so he’ll instead head to Smackdown Live on Tuesday night to attempt to find his place.

Dave Meltzer speculated on Wrestling Observer Radio that Cena could challenge Shinsuke Nakamura to a match at Fastlane with his No. 1 contendership for WWE championship won at the Royal Rumble on the line.

Meltzer noted the plan is still for Cena to match up with Undertaker at WrestleMania despite the promo. We’re about six weeks out from the big show, so there’s still plenty of time for Taker’s return.