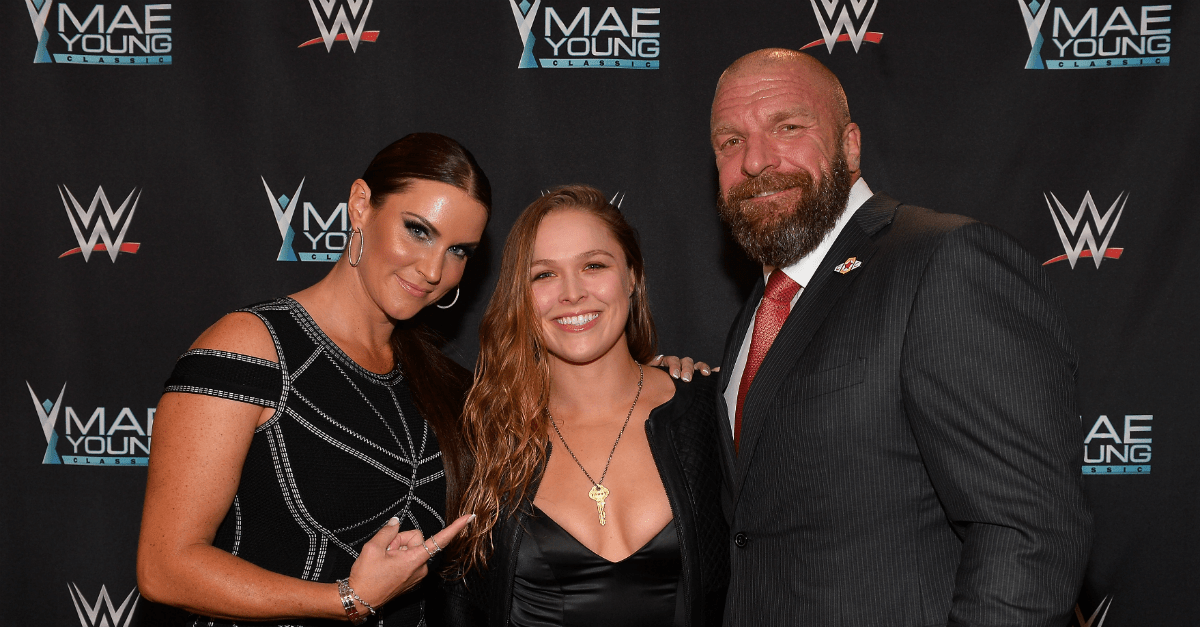 After the unadvertised match on SmackDown Live between Asuka and Charlotte Flair, which led to Charlotte Flair winning the SmackDown Women’s Championship, many members of the WWE Universe were in an uproar about WWE’s continual mistreatment of the “Empress of Tomorrow.” Throughout the weekend, WWE did not confirm that Charlotte winning the title would have any direct affect on the first-ever women’s main event triple threat match at WrestleMania 35, with many rumors stating that the SmackDown Women’s Championship was not going to be on the line.

On the final Raw before WrestleMania, Stephanie McMahon started the show by making an announcement that did indeed change the course of the match. After throwing out an April Fool’s joke stating that she will be the fourth person, Stephanie announced that the main-event match pitting Raw Women’s Champion Ronda Rousey against the new SmackDown Women’s Champion Charlotte Flair and Royal Rumble winner “The Man” Becky Lynch will now be “winner take all.”

WWE confirmed this with an announcement on their site:

“For the first time in WWE history, a women’s match will be the main event of WrestleMania, as Raw Women’s Champion Ronda Rousey, SmackDown Women’s Champion Charlotte Flair and Becky Lynch will headline The Show of Shows in a Winner Takes All Match for both titles!”

RELATED: The End of an Era: Why Kurt Angle Will Retire From Pro Wrestling

As a result of this main event announcement, the winner of this match will go home with both the Raw and SmackDown Live Women’s Championships. However, WWE has yet to confirm whether this will actually be a unification match.

With the WWE Women’s Tag Team Championships having access to be defended on the Raw, SmackDown Live, and even NXT brands, the winner of the match having the ability to do that as well could be a discussion in the Creative team meetings. However, since NXT is evolving to be a stand-alone brand, as well as NXT already having a Women’s Championship, it would not be an effective strategy. The other option could be one person defending each title for the respective brands until she loses one or both championships.

The WrestleMania main event at MetLife Stadium was already a historic match, but now with both the Raw and Smackdown women’s titles on the line, the stakes are even higher.