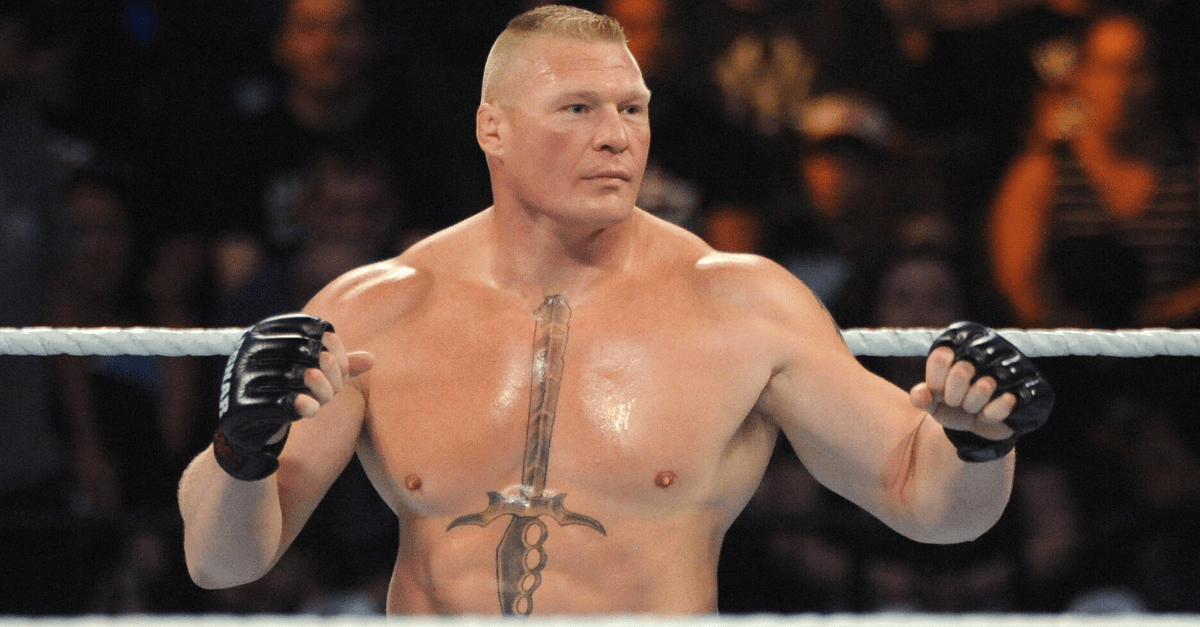 At WrestleMania 36, WWE Champion Brock Lesnar was looking to defend his title against the Royal Rumble winner, Drew McIntyre. It didn’t happen, but it doesn’t change his value as one of the biggest names and most-important wrestlers in the entire company.

After much animosity between him and Vince McMahon, Lesnar returned to in 2012 after an eight-year absence by interrupting John Cena and followed it by executing his F5 finisher. Since then, “The Beast Incarnate” has compiled an impressive list of wins at the “Showcase of the Immortals.”

In fact, Lesnar has defeated Roman Reigns, Goldberg, and even ended The Undertaker’s undefeated streak. The former UFC Heavyweight Champion has certainly carved a Hall of Fame career, and his spot on the prestigious list is a shoo-in when he decides to call it quits as a WWE superstar.

In addition to the former amateur wrestler’s dominate size and strength, Brock Lesnar’s tattoos all have a specific meaning to them, and it gives an extra layer to his aggression in the ring as a pro wrestler and when he competed as an MMA fighter.

RELATED: Brock Lesnar?s Net Worth: How ?The Beast? Racked Up Millions

One of the most obvious of his collection is his back tattoo. If the large demonic skull tattoo wasn’t enough to intimidate you, he has a message below, which reads, “Kill Em All.” This is unquestionably the kind of mindset that Lesnar competes by, as he is one of the most-dominant competitors in the history of World Wrestling Entertainment .

The other one that is among the most obvious is the sword tattoo on Lesnar’s chest. The sharp end of the sword is pointing towards the throat of Lesnar, which he explained the meaning in his autobiography entitled, Death Clutch: My Story of Determination, Domination, and Survival. Lesnar received this tattoo shortly after leaving WWE and making his debut for New Japan Pro Wrestling.

“I felt like life was holding a sword right up against my throat, so I went under the ink gun because I never wanted to forget exactly how I felt at that time. The tattoo on my chest has so much meaning to me. In some ways, it?s funny, because the period of my life that I?m talking about is a time I so want to forget, but I know I can use this memory as motivation.”

Despite reports, New York-based artist Jimmy DiResta did not personally tattoo Lesnar’s sword, but was merely the artist who inspired it. Of the sword, DiResta told me via Twitter, “I wanted the sword to represent the man himself; extremely large and extremely dangerous.”

On his left shoulder, he has an image of Yautja. The Yautja was first shown in the 1987 Predator movie, combating against Arnold Schwarzenegger. We Are the Mighty explains below, the Yautja have a warrior culture, hunt for sport, only hunt formidable prey, grants respect to any human who defeats one in single combat, and hunt xenomorphs as a rite of passage. It is not surprising that Lesnar was inspired by the Yautja.

Lesnar also has a skull tattoo on his left shoulder, and punches on his upper back near his shoulders. While there have not been any detailed meaning of what these represent, it is self-explanatory of why Lesnar would ink this on his body given his high level of intensity in the ring.

This article was originally published April 6, 2020. It was updated to reflect editorial corrections that Jimmy DiResta did not tattoo the sword on Lesnar’s chest, according to DiResta himself.