Behind the Mask: The Rich History and Legacy of Lucha Libre 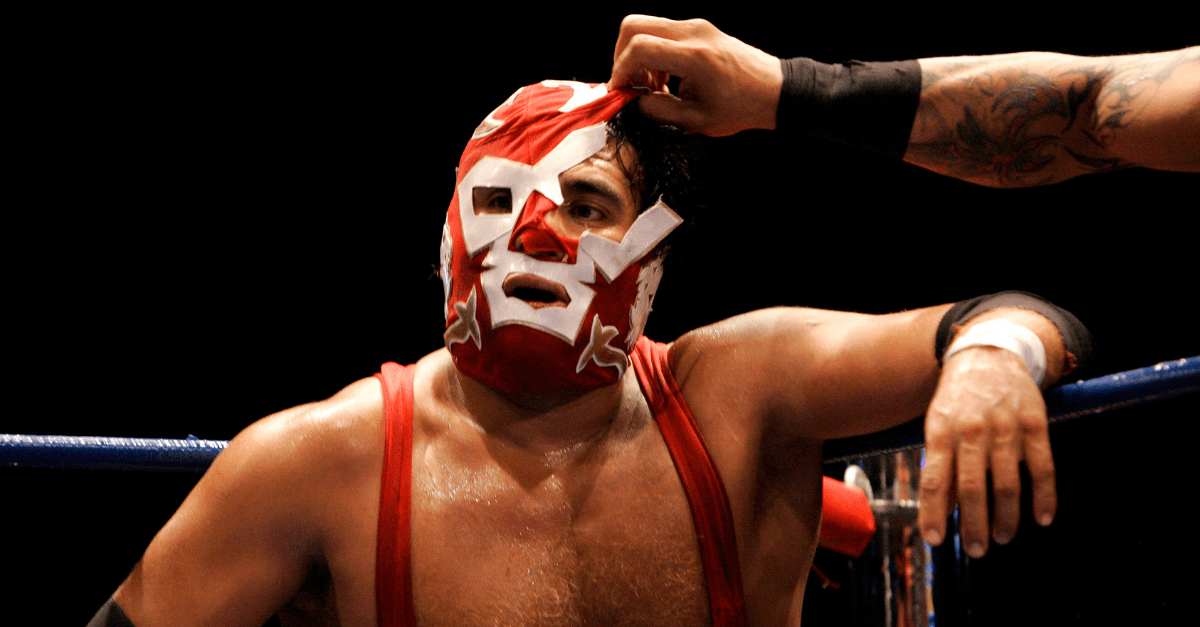 Lucha Libre is one of the most legendary forms of pro wrestling. Salvador Lutteroth González, the recorded founder of the Lucha Libre concept, was working in the United States and began attending wrestling matches in El Paso, Texas. Fascinated by the colorful superhero characters, Gonzalez decided to bring it to his home country of Mexico. Partnering with Francisco Ahumada, Gonzalez founded the Empresa Mexicana de Lucha Libre (EMLL) promotion.

It did not take long for the promotion to grow, as it began to sell out within a year. Even before this, though, the origins of lucha libre trace back to Enrique Ugartechea in 1863, who developed a free-style alternative to the Greco-Roman style of wrestling. EMLL was later changed to CMLL, and has created a legacy of champions such as Universo 2000, El Terrible, Maximo, and Ultimo Guerrero.

The origin of the mask traces back to 1933, when wrestler El Ciclón McKey (The Cyclone McKey) asked Don Antonio Martinez ?  who made wrestling boots ? to make him a make that was difficult to take off. The first lucha libre mask was not of high quality whatsoever, and the two had a bitter departure from each other, leaving McKey to throw his money on the floor and walk out the door. However, not finding anyone else who could produce a lucha libre wrestling mask at the time, McKey returned to Martinez to not only buy mexican wrestling masks, but also the labor and materials for the first mask to create more of a one-size model.

Lucha Libre gained heightened mainstream attention from the popularity of a wrestler named El Santo in the 1950s and 1960s, and his popularity as a Mexican lucha libre star foreshadowed other masked competitors such as Mil Mascaras, Blue Demon, Dos Caras, and Rey Mysterio.

Most all luchadores start their careers in masks. In fact, the lucha masks are such a prominent part of the luchador, storylines are revolved around the Mexican mask being possibly removed from a wrestler, which causes major shock to the audience.

World Championship Wrestling picked up on the success of the lucha libre luchador by acquiring many names for the cruiserweight division. In addition to names such as Eddie Guerrero and Rey Mysterio, others such as Ultimo Dragon, La Parka, Psicosis, Juventud Guerrera, and Silver King were also major names in the division.

In fact, Silver King landed a spot under a luchador mask as the villain Ramses in the 2005 Nacho Libre movie with Jack Black playing the good guy. Unfortunately, the Mexican wrestler recently was a major subject of headlines in 2019, as he died while competing in a lucha libre match against Juventud Guerrera in London.

WWE has also tried to capitalize on the lucha libre legacy, acquiring names such as Sin Cara — the original Sin Cara was formerly known in CMLL as Mistico — Dos Caras, Jr. — known in WWE as the unmasked Alberto Del Rio — as well as continued the legacy of Rey Mysterio, and Eddie Guerrero until his passing in 2005.

In wrestling outside of the WWE, the lucha libre tradition is still wildly popular, with names at the forefront such as Pentagon Jr., Fenix, Laredo Kid, and Bandido, among many others.