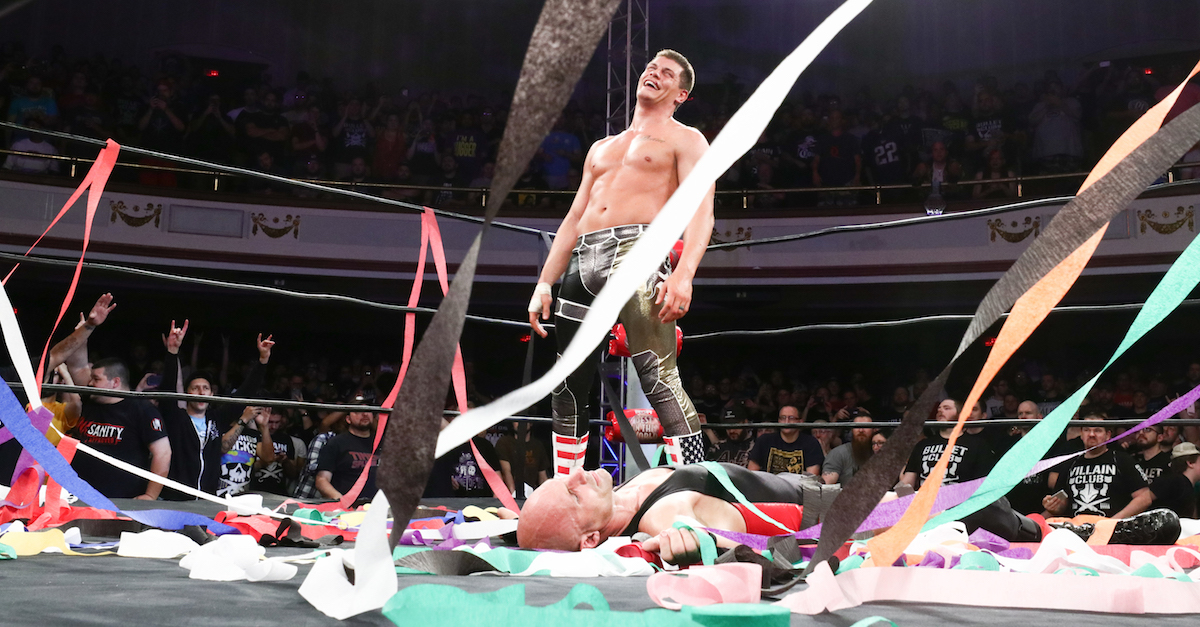 Cody Rhodes told us back in August he wanted to put on a 10,000-seat show, and he is officially “swinging for the damn fences.”

Spent my morning amongst friends on a lil' scouting trip…#ROH10000 hopefully in 2018 pic.twitter.com/7uBTEbPkN8

We can't comment officially until we confirm the location, but we are far enough in the process to say it's happening. In 2018. And we are swinging for the damn fences…

Cody proceeded to go on Sirius XM’s Busted Open radio, where he named Daniel Bryan as a dream opponent, per a separate Pro Wrestling Sheet report.

Ring of Honor’s Joe Koff previously spoke on the potential of a Daniel Bryan return.

ROH COO Joe Koff commented on what he called ?internet fun,? during an exclusive interview with FanBuzz.

?It?s internet fun. It makes for a good story.?

The Prince just became a King

…and we march on everybody pic.twitter.com/p0XpRBH8oM

Side note, if you hold the @ringofhonor title 462 days I may have to come after you, which would be 9/28/18. Be forewarned! #FinalCountdown https://t.co/alSLGCeNcX

And eventually a less than subtle message to the American Dragon:

.@CodyRhodes sending a message to The American Dragon? #rohliverpool pic.twitter.com/rfUWru27ts

Rhodes and the Bucks would reportedly work with ROH to get this deal done, and it would likely take the company clearing Bryan should he become a free agent to return to the ring.

Here’s what Rhodes told us back in August on the prospect of putting on a 10,000-seat show:

?If I could add anything to (my checklist), I would add a 10,000-seat arena. I?ve seen with what New Japan Pro Wrestling was able to do in Long Beach with the G1 specials, what Ring of Honor has been able to do with the VOD shows and with the PPVs, I know that both companies together or by themselves are capable of filling a 10,000-seat arena,? he said.

?I really want to explore that option in 2018. Not just for the novelty of it, not saying ?hey they?re not WWE, but they did this.? But that the product was as good if not better.?

It looks like that opportunity is getting closer toward reality.