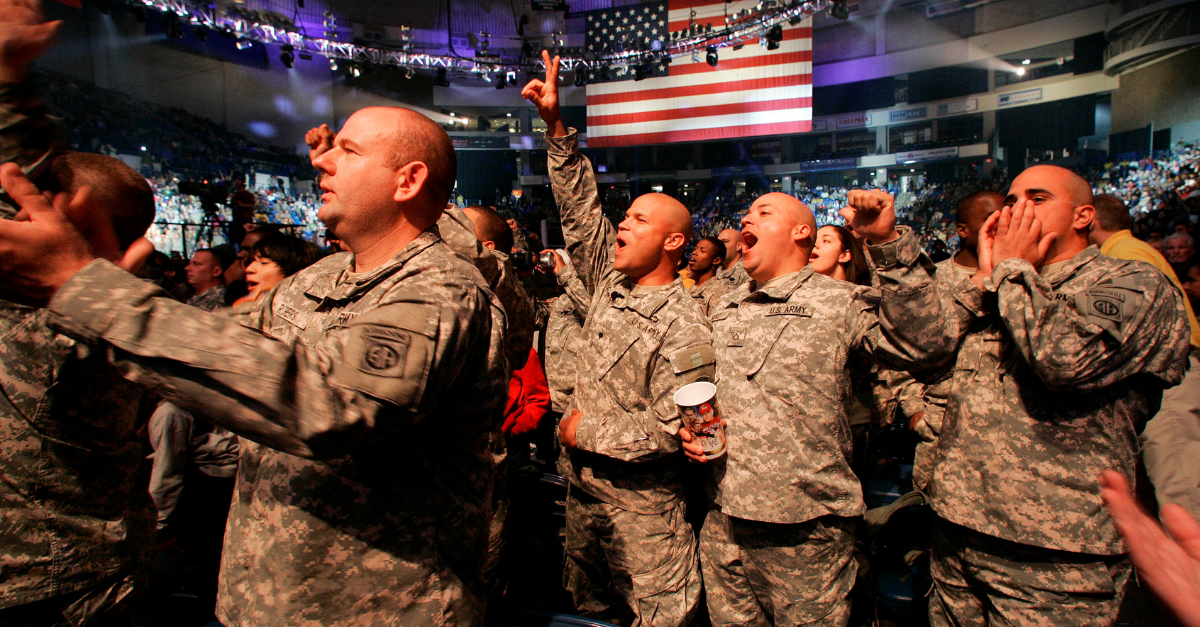 To honor the service men and women who continue to protect our freedom, WWE offers free tickets to all military personnel. This is for weekly television events, excluding pay-per-view events such as WrestleMania and SummerSlam.

“Effective immediately, U.S. military personnel from the Army, Navy, Marines, Air Force, Coast Guard and National Guard can claim a free ticket to any WWE RAW or SmackDown Live Event in their local area ? excluding WrestleMania ? by going to their local arena box office with a military ID the day of the WWE Live Event. Tickets are available the day of the event while supplies last.”

Art Myers, who is the director of Air Force Services and oversees the Air Forces Entertainment, stated that military morale is a huge concentration and one of the most important functions of the branches, and that WWE superstars often visit military bases and hospitals to help bolster this morale.

In a Reddit discussion of members taking advantage of this offer, a user stated that he was given four lower level tickets to a live event, while he was active duty in the Marines. Another user stated that the company sets out a certain number of event tickets for each show for active duty to attend certain WWE events.

Since Christmas day of 2003, WWE has honored the military with their “Tribute to the Troops” show, which has now become an annual event.

WWE.com posted a statement on the site regarding the roster’s relationship with service members at Tribute to the Troops, “On these tours, the WWE Superstars meet, sleep and eat with military personnel through a series of appearances, providing a special connection between the Superstars and the troops they meet.”

In addition to allowing WWE tickets to WWE Raw and WWE SmackDown live events in their local area, WWE does not allow free passes for any guests, and the tickets are only offered on the day of the event. Veterans would have to pay for a ticket if no more free ones are available when they appear at the arena.