You Have to See the WWE Stars Dressed Like ECW Legends 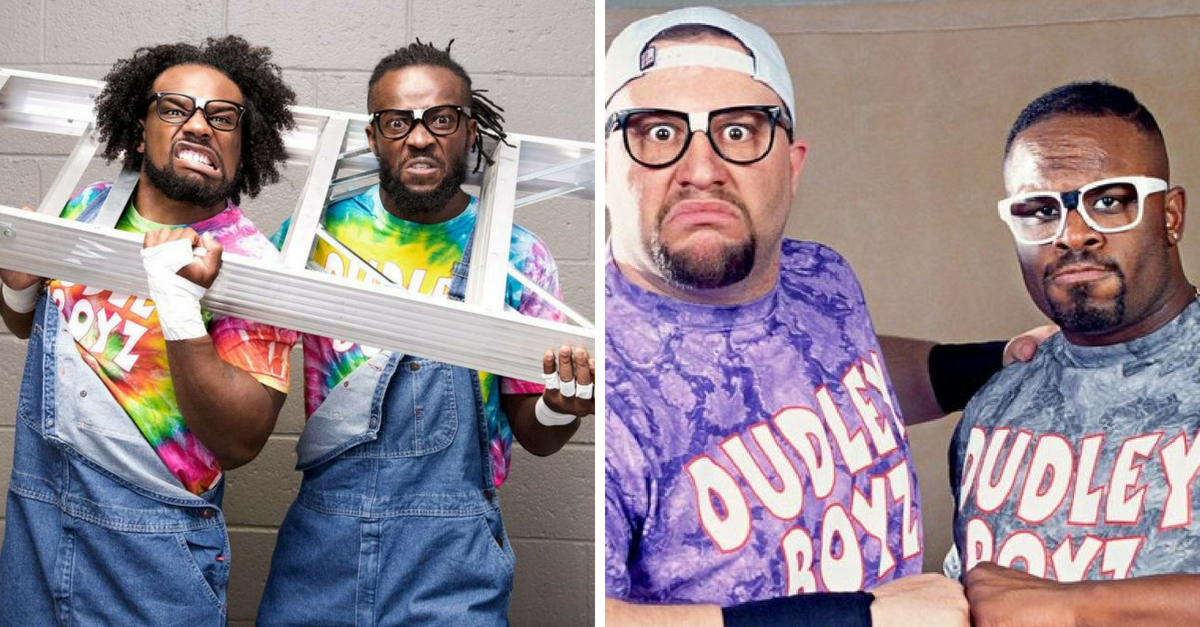 The ECW built a following through the 1990s, rivaling, and in some cases cross-promoting, with the WWF. Known for wild, no-rule matches like the Flaming Tables match or the Singapore Cane match, the ECW brought some of pro wrestling’s biggest names to stardom.

After almost 10 years, the ECW filed for bankruptcy and was purchased by the WWF, which was later renamed World Wrestling Entertainment, Inc., or the WWE. Now, the WWE is a multi-million dollar company, traded on the New York Stock Exchange, and brings professional wrestling into the homes of millions.

In a recent photoshoot, WWE superstars brought some of the ECW’s legends back to life. Checkout the highlights and take a walk down memory lane:

Lana shows off as five-time ECW World Champion, The Sandman.

Smackdown Women’s Champion Carmella throws it back to Al Snow and “Head.”

Is Asuka the long lost member of the Blue World Order?

Rusev can try to be WWE Hall of Famer Cactus Jack, but there’s only one Mick Foley.

READ MORE: The Rock Might Be Cooking Up an Epic WWE Return