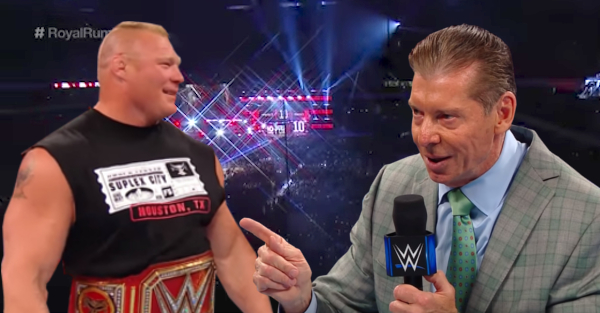 It looks like WWE may have made some big changes to their long-term plans.

According to Dave Meltzer of the Wrestling Observer (subscription required), the planned match between WWE Universal Champion Brock Lesnar and challenger Finn Balor is no longer the direction for the Royal Rumble, and it appears that WWE isn’t going to do the program at all.

Meltzer made the comments on his radio show, saying that Vince McMahon made the change after coming to the conclusion that Balor wasn’t “over enough” — aka popular enough — for a match against Lesnar. As of now, there appears to be no firm direction for Lesnar at the Royal Rumble, but Meltzer indicated a rematch with Braun Strowman could be in the future.

The report on Balor not being over enough for the match is an intriguing paradox, as both Meltzer and his co-host Bryan Alvarez noted that WWE hasn’t even been using Balor correctly if they wanted him to be more popular with the fans. Recently Balor has been in pointless feuds with Elias Samson and Bray Wyatt, and the company even had him get destroyed by Kane in a match on Monday Night RAW a few weeks ago.