Former WWE champion setting up for a “Giant Return” 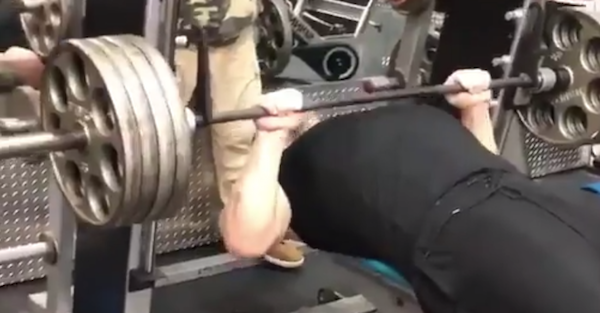 Former WWE Champion Big Show went on the mean streets of Twitter to let everyone know about his impending and giant return on Monday.

Here is the wonderful footage of a large humanoid being strong:

There has been a lot going on with Big Show going back to last year.

He appeared set to have a huge Wrestlemania moment with Shaquille O’Neal scrapped, as the latter backed out of an event the Big Show himself said would have likely been his last.

More recently, he went on the record to state that “he’s done” in February of this year.

He noted this in an interview with Yahoo! Sports:

?I know I?m done February 2018. That?s when my contract ends as a full-time, live event guy. We?ll see what happens after that, whether I roll into an ambassador role or what WWE has for me. I know I?ve been with them for a long time and I have a great relationship with them. I also understand there?s a time for me to step aside and for other guys to step up. We got a lot of great new athletic talent that will probably be coming up at WrestleMania to be introduced. I don?t have any regrets or any shoulda, coulda, wouldas in my career. I?ve had a very blessed career with the greatest superstars this business has ever seen. And for me, it?s about giving that space up to those guys that are there to do it and me finding new challenges to help inspire and motivate me. That?s what I?ll be doing. Anything to keep from having to get a real job.?

Even more recently, in an interview with Uproxx, Big Show responded in kind to a question about when to expect him back:

?Hopefully soon. I had some hip surgery at the end of September, which has been fantastic for me. It?s what they call hip resurfacing, now I gotta nice shiny titanium joint that?s really smooth, and more range of motion, it?s even stronger. I?m just following my physical rehab protocol right now, and making sure all that?s strong and healed up. I gotta give it a few months for the metal to grow into the bone so to speak, so it becomes a more solid unit, then hopefully first of the year I?ll be back of action.?

Big Show, who is one of the most misused wrestlers in the sport?s history, could have one last solid run before calling it quits. If it were up to this Internet Scribbler, he and Strowman would get a 45-minute match at WrestleMania, featuring all of the chain-wrestling.