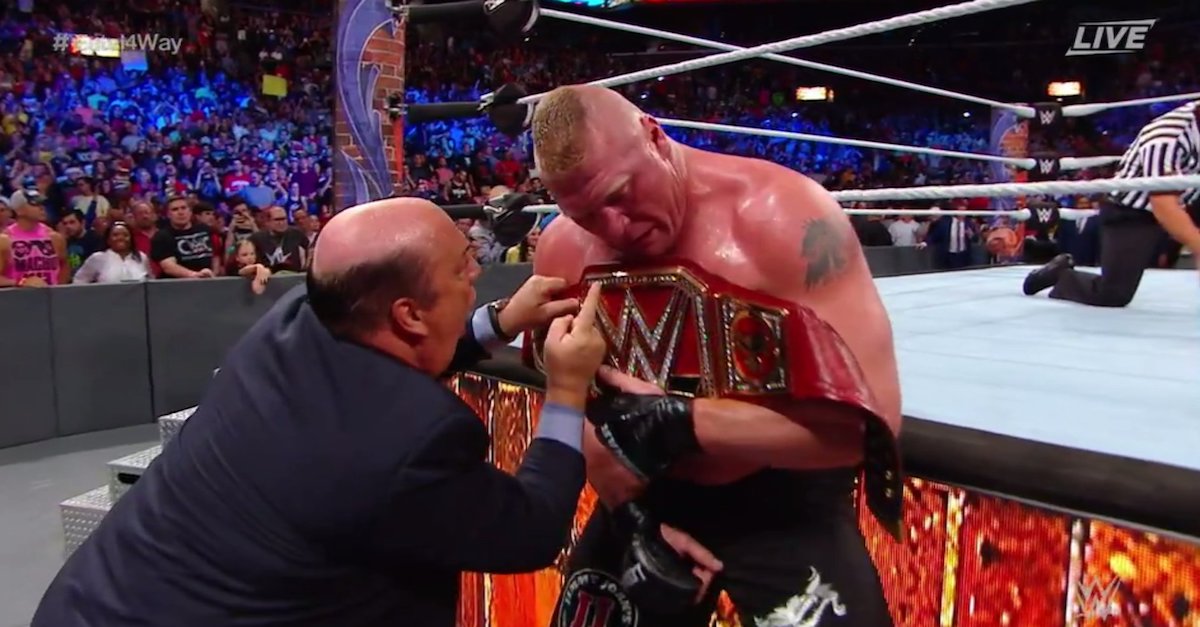 Well it’s not official yet, but it looks like we are heading down this path after all.

After initially being reported by Dave Meltzer of the Wrestling Observer, it appears that WWE is going forward with a plan for WWE Champion Jinder Mahal to face Universal Champion Brock Lesnar at Survivor Series. On Tuesday’s episode of SmackDown Live, Mahal officially challenged Lesnar to match, as Mahal said he has beaten all other worthy challengers.

It doesn’t seem that Mahal is completely done with challengers from SmackDown, as his proclamations of beating all challengers brought out one that he hasn’t beaten: former WWE Champion AJ Styles. Styles eventually cleared the ring of Mahal and the Singh Brothers, appearing to signal that Mahal could be having a program with Styles as well.

It appears Lesnar will be on Monday Night RAW next week to address the challenge.

With over a month to go before Survivor Series, there is plenty of time for WWE to do both matches, but having Mahal beat Styles — one of the most popular superstars in WWE — just to set up future matches for Mahal would be… a decision.