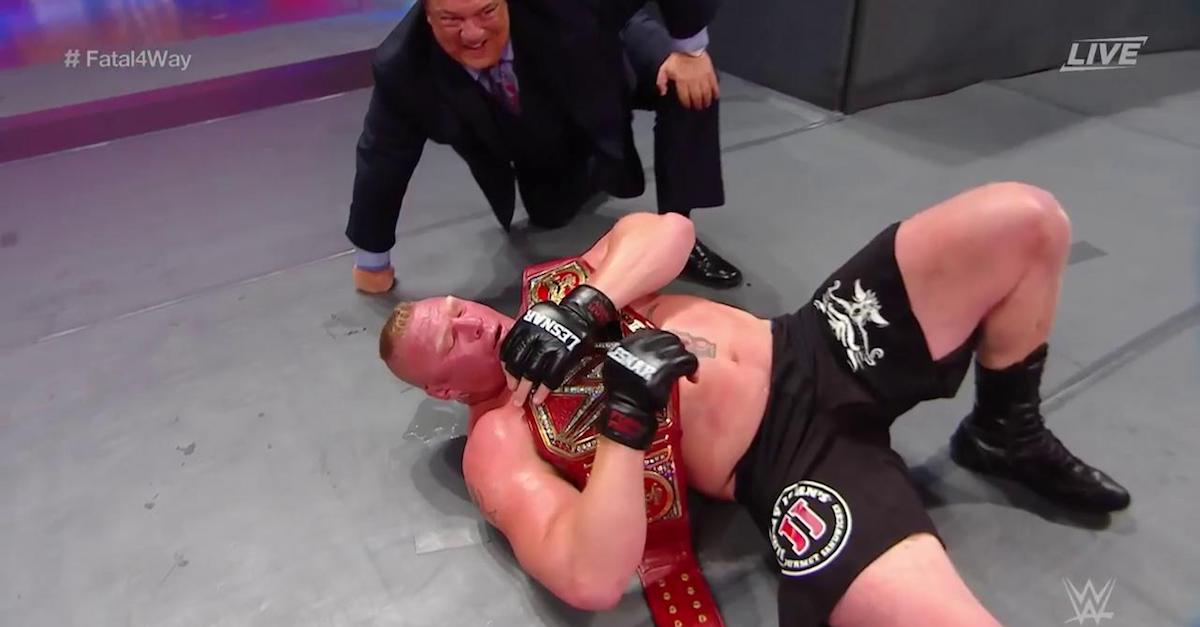 After more than a month away from Monday Night Raw, Brock Lesnar will return this Monday, just one night after Elimination Chamber is expected to crown the No. 1 contender for the WWE Universal championship at WrestleMania 34.

My congratulations in advance to the winner of @WWE #EliminationChamber. And my apologies, also in advance, for what @BrockLesnar will say to the face of that aforementioned winner of the Chamber, LIVE this Monday in Anaheim on #RAW! pic.twitter.com/u50wU5ApYl

Lesnar last showed up on Raw at the 25th anniversary show, when he tore the house down with a brawl against Braun Strowman and Kane before beating the duo in a triple-threat match at the 2018 Royal Rumble.