Daniel Bryan took his first bump since retiring, and the internet freaked out 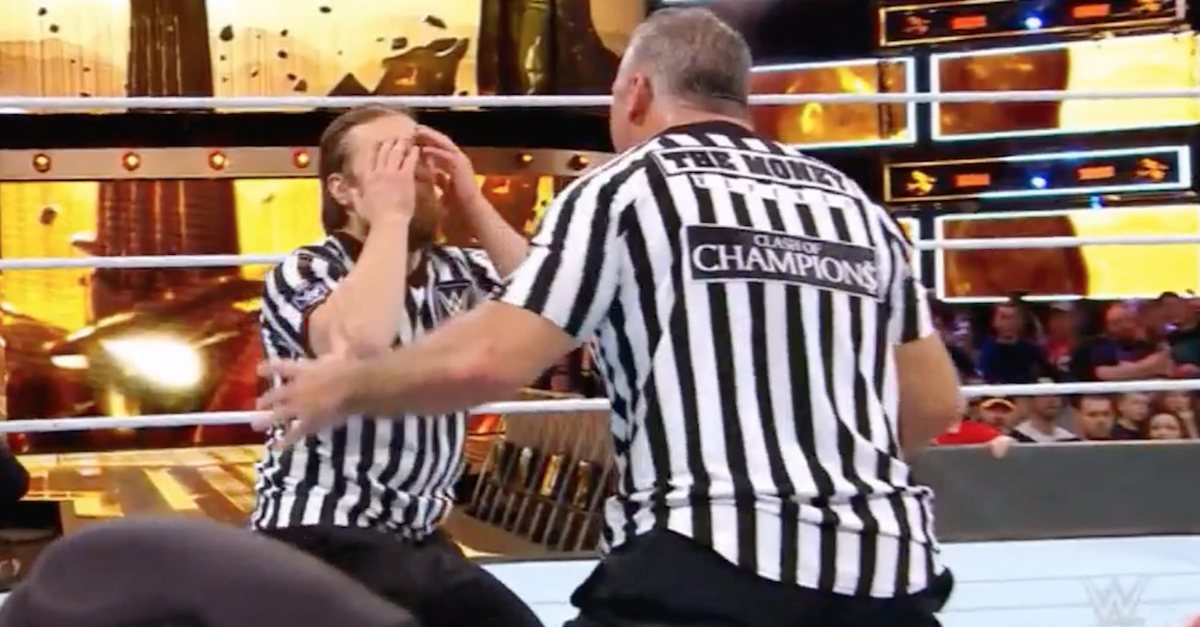 Daniel Bryan returned to the WWE ring for the first time since retiring, and he took somewhat of a bump during a relatively entertaining Kevin Owens/Sami Zayn vs. Randy Orton/Shinsuke Nakamura tag team match at Clash of Champions.

While Bryan may have turned heel, helping Owens and Zayn win, thus keeping their jobs on Smackdown Live!, he also very noticeably took a back bump. It wasn’t an all-out bump, and it wasn’t something crazy, but it was indeed a bump.

Daniel Bryan took a bump tonight in a #WWE ring. Not a huge one, but a bump nonetheless. Very, very interesting. #WWEClash.

Are we going to ignore the fact that Daniel Bryan took a bump? Albeit, it was minor. It still happened. #WWEClash

#WWE really working this Daniel Bryan angle. Will he take a bump, won't he. It's killing me.

There still may be a chance, and WWE is selling the hell out of it.