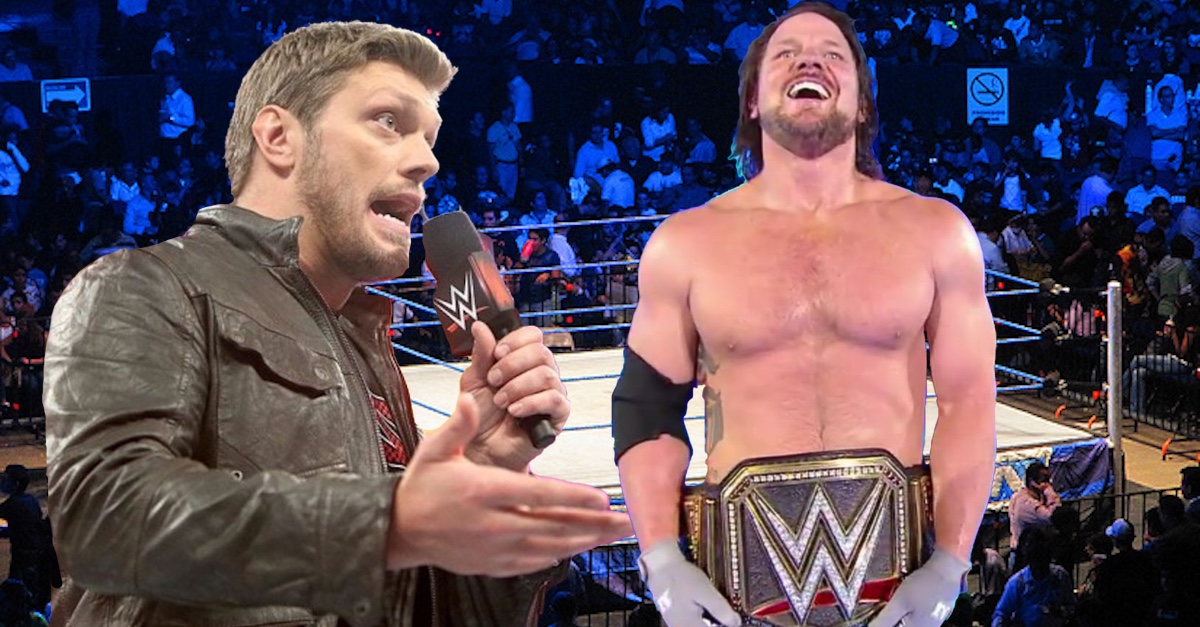 AJ Styles won the WWE title in shocking fashion on what was assumed to be a throwaway episode of Smackdown Live.

While many speculated what may have been going on behind the scenes, including notes that Jinder Mahal may have been injured, WWE Hall of Famer speculated on what exactly may have happened on E&C’s Pod Of Awesomeness (H/T Rajah):

“It’s pretty cool,” Edge admitted. “It feels a little hot-shotted. I’m not going to lie, after the buildup of Jinder and everything. I just kind of assumed [the title change] would be at ‘Mania.”

“I think there [are] probably a few factors that go in. I think USA [Network] was debuting a new TV series after. And while some of you may scoff and say, ‘WWE wouldn’t change their business for that,’ yes, they would. The Shooter was debuting and they stacked the 900th episode of SmackDown. That’s why I was there. That’s why Taker was there. They’ll do those things because they’re on the USA Network and USA Network asks for a favor, so they’ll do them a favor.”

Styles will now go on to fight Brock Lesnar in a Champion vs. Champion match at Survivor Series.

The win is Styles? second reign as WWE Champion, and it is the first time the WWE Championship has changed hands outside of North America, per WWE.com.