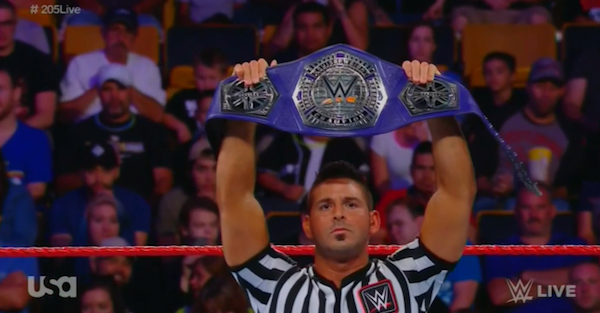 After defeating Enzo Amore for the Cruiserweight Championship in his Monday Night Raw debut two weeks ago, Kalisto has already lost the title.

At WWE Tables, Ladders and Chairs, Amore distracted the referee long enough to poke Kalisto in the eyes before hitting the falling foot strike to pin the champion and become a two-time Cruiserweight Champion.

Kalisto took it to Amore early, flying around the ring in true cruiserweight.

But Amore’s dirty tactics won out in the end, and he retained his title.