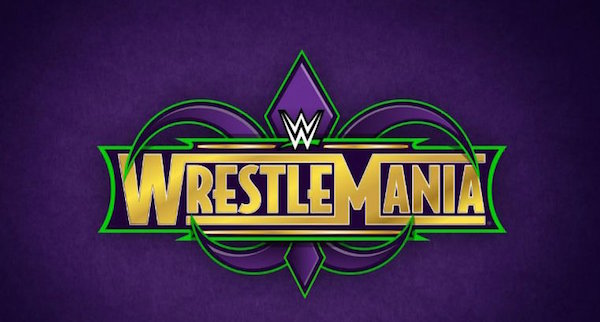 On Monday night’s episode of RAW, WWE announced another first in their ongoing push of the rising female talents in the company. In the same vein as the annual men’s battle royal match now named for Andre the Giant, WWE announced that they would be holding a similar match exclusively for the women superstars in the promotion, dubbing the match “The Fabulous Moolah Memorial Battle Royal”.

Instead of excitement over another match being added to the WrestleMania 34 show, WWE faced swift backlash from fans over the association of the match with Moolah. The reason for the scorn comes from allegations made against Moolah — real name Mary Ellison — involving the exploitation of female wrestlers during her career as a performer and a trainer from the 1950s through the 1980s.

Following the backlash, WWE has now made the move to rename the battle royal match, simply announcing in a release that the match would be called the “WrestleMania women’s battle royal”.

WWE is changing the name of Moolah match:

“After further consideration, we believe it’s best to proceed with the name ‘WrestleMania Women’s Battle Royal.’ What remains most important is that this historic match is part of WWE’s unwavering commitment to the Women’s Division.”

“After further consideration, we believe it’s best to proceed with the name ‘WrestleMania Women’s Battle Royal.’ What remains most important is that this historic match is part of WWE’s unwavering commitment to the Women’s Division.”

The accusations against the Fabulous Moolah

“The Fabulous Moolah was a real-life heel,” said former pro wrestler Jeannine “Mad Maxine” Mjoseth in an exclusive interview with Ryan Satin of Pro Wrestling Sheet. “A lot of women paid to train at her school and then went out on the road. They risked life and limb in their matches and she repaid them with the worst kinds of abuses. She skimmed their money, she ignored women who were badly hurt, she pimped women out to creepy men and on and on.”

Mjoseth is not the only one to accuse Ellison of using the pro wrestlers that she trained as pawns for financial and sexual exploitation. A 2006 interview with the family of Susie Mae “Sweet Georgia Brown” McCoy details how McCoy, once an aspiring pro wrestler in the 1960s, eventually came home broke despite years of working under Ellison. McCoy’s daughter, Barbara, also explained that her mother told stories of rape and sexual exploitation while the former pro wrestler was working on the road.

On the road, Susie Mae received odd knocks on the door at strange hours. Then, she told Barbara, she would begin taking off her dress. When she didn’t comply, she was beaten, often brutally. Sometimes her eyes swelled shut. She had a tooth knocked out. And she was threatened with worse…

On the road, Susie Mae told her daughter, she was raped, given drugs and made an addict. Her family now believes that it was an intentional attempt to control her.

The same interview also details an accusation from former wrestler Ida Martinez, who said that regional promoters that Ellison worked with would often “demand personal services” from Ellison’s wrestlers before the wrestlers would be able to receive their pay.

“She was not a mother figure,” Mjoseth said of Ellison in her interview with Pro Wrestling Sheet. “She was more like Kali, the Indian Goddess of Destruction. I met her in my early 20s and I had never met such a monstrous person.”

WWE has been greatly pushing a “women’s revolution” with their product over the past three years, with the result being their female talents receiving more time on television to promote themselves, wrestle, and put on matches equal in quality to those of WWE’s male competitors. The “revolution” has led to WWE putting on several “firsts” over the past couple of years, which included first-ever women’s main event match on a pay-per-view at Hell in a Cell in 2016, as well as the first-ever women’s Royal Rumble match earlier this year.

While admirable for WWE to raise the bar for their women wrestlers, it glosses over why the company needed a “women’s revolution” in the first place. That need can be traced back to Ellison, whose Fabulous Moolah character kept a stranglehold on women’s wrestling in the United States for three decades.

While pro wrestling is scripted and not legitimate sport, it acts like most sports do: in order for new stars to be born, the older legends eventually have to fade out of the spotlight so new characters can carry the torch forward. In pro wrestling, this is generally an accepted part of the business, as older wrestlers “put over” younger talents in the same way that they were put over by the legends before them. For women’s wrestling in Ellison’s tenure, that did not happen, as Ellison held the top championship in North American women’s wrestling almost continuously between when she first won it in 1956 until 1984, when a 61-year old Fabulous Moolah lost the championship to Wendi Richter in a highly anticipated bout on MTV that featured Cyndi Lauper in Richter’s corner.

What should have finally been the passing-of-the-torch moment for women’s wrestling never really materialized, as Ellison won the championship back from Richter a year later in what is now referred to as “The Original Screwjob”.

“The Original Screwjob” took place in November 1985, where Richter was put up against the masked “Spider Lady” in a match that received little fanfare in the build up; Richter was not expected to lose the title at all in the match, even despite Richter being at odds with Vince McMahon at the time over contract issues. The result of the match saw the masked-Ellison walk away with the championship after the ref counted three on a pinfall where Richter got her shoulder up at one. Richter, who clearly was not expecting the finish, angrily ripped off Elison’s masked and attempted to continue the match to no avail.

The immediate fallout meant that Richter, who was poised to be a star after the angle with Lauper, quit the company almost immediately. After the win, Ellison held the title for all but six days until July 24, 1987, where she lost the championship just two days after she turned 65 in a match against “Sensational” Sherri Martel.

The long-term implications showed further effects of Ellison’s sleeper hold over women’s wrestling. With no real stars in the business, legitimate women’s wrestling in the United States essentially died in the 1990s, with WWE completely phasing out the women’s championship multiple times throughout the decade. This was in stark contrast to the Japanese pro wrestling scene, where women’s wrestling was able to thrive with performers like Manami Toyota putting on some of the best matches in the world at the time.

With the horrid accusations against her and her apparent role as a roadblock in the progression of women’s wrestling, why was WWE choosing to honor Ellison time-after-time when the company has proven before that it can effectively distance itself away from some of wrestling’s biggest historical figures?

“Moolah was part of their world in their version of history as a pioneer and world champion for decades,” wrestling historian Dave Meltzer told FanBuzz on WWE’s initial decison to name the match after Ellison. “In the real world, those who worked for her had a very different story. A lot ofthem have spoken and [it’s not a secret] anymore.”

“It came off as a tone-deaf and kind of tasteless thing to do,” Meltzer continued, serving as a pointed descriptor of why the company has opted to make a change. However, only time will tell if this proves to be a permanent change for WWE, as Ellison is still a member of the WWE Hall of Fame

WWE has backed off for now, but only time will tell if they are really all-in on a women’s revolution, a revolution that should involve the company distancing themselves from the Fabulous Moolah.