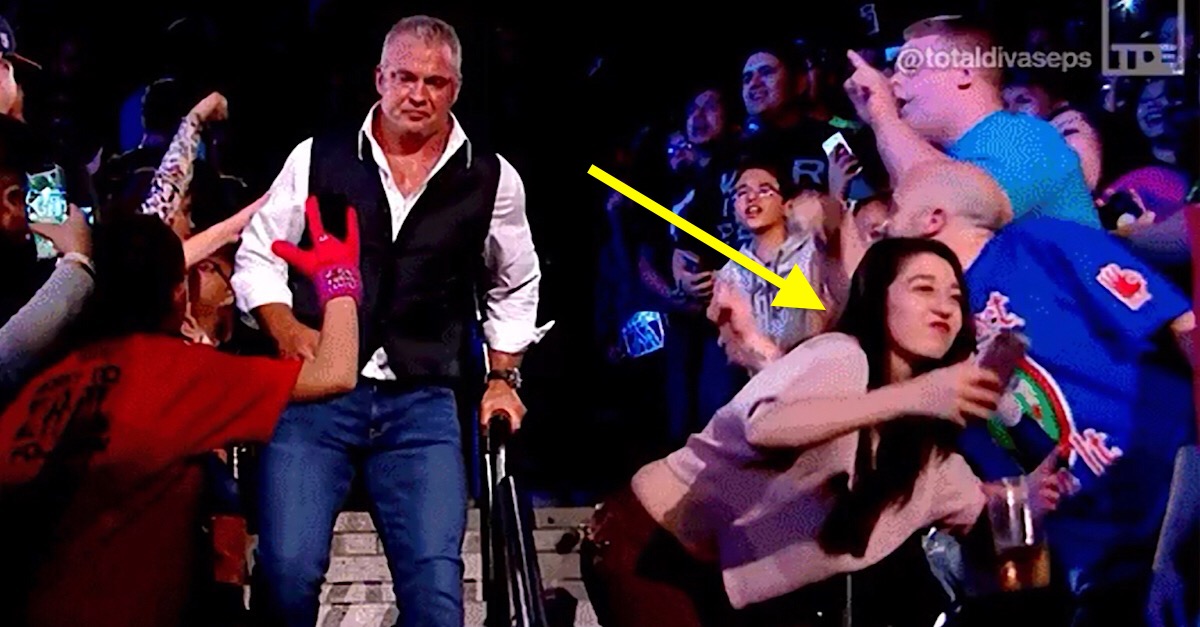 During a wild closing segment on Smackdown Live Tuesday night, Shane McMahon and Kevin Owens brawled all over the arena.

After he was beaten and thrown through a merch table, McMahon made his way back to the ring to catch more of a beatdown.

And remember to visit the MERCH STAND! pic.twitter.com/p2VCirUuI0

And one fan shot her shot on live television.

To finish the segment, Owens agreed to McMahon’s proposed “falls count anywhere” match at Hell in a Cell, where they’ll literally fight inside the cell.

We’ll see if we get the shenanigans from WrestleMania 32, where McMahon took a death-defying leap from the side of the cell. This one is going to get WILD.