Report: WWE has match “set” with one of UFC’s biggest stars at WrestleMania 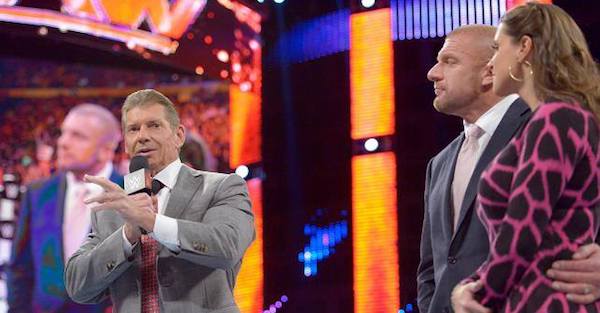 WWE continues to tease a long speculated cross-promotional feud between its Four Horsewomen and the UFC?s Four Horsewomen. According to the Wrestling Observer, the match is “set” for WrestleMania. That’s a change after original plans called for Ronda Rousey and Co. to show up at Survivor Series.

The move comes after WWE’s decision to focus on Smackdown vs. Raw at the annual show, and according to the Observer, for Rousey, Jessamyn Duke and Marina Shafir to get more time in the ring.

Rousey throws down her bag and tells the group to ?name the time and place,? before they retreat.

Footage from the event?s taping showed Rousey, Duke and Shafir sitting in the front row interacting with Bayley, Flair and Lynch after Baszler?s victory emerged during the tournament, which created speculation that the two groups would eventually work an angle together.

Fanbuzz, your source for the latest WWE news