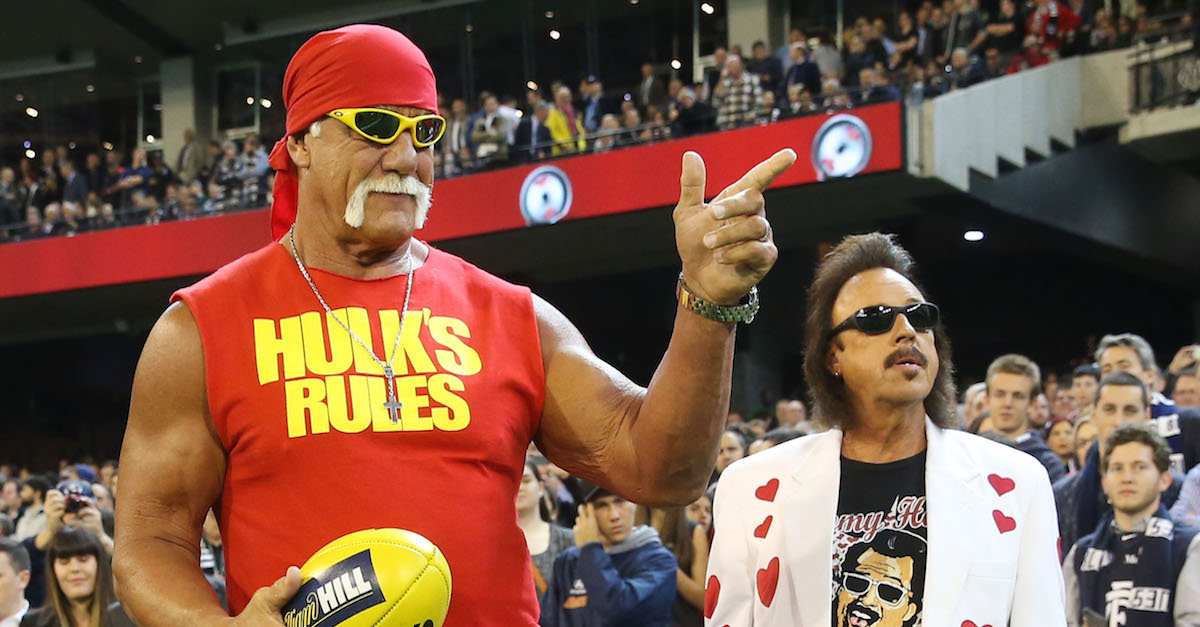 WWE Hall of Famer Hulk Hogan teased a change to his iconic look on Wednesday.

Hogan, who has sported the balding long-hairdo for decades, tweeted that it was “about time to give myself a Stone Cold haircut brother.”

It’s about time to give myself a Stone Cold haircut brother. HH

Hulksters cut is iconic, but bald is the new sexy. #Baldbrothers

Hogan’s trademark blond locks have been a staple of his gimmick since his professional wrestling debut more than 30 years ago. Perhaps a change of his look will provide a fresh start for the wrestling legend, who had his contract ended with WWE in 2015 after it was revealed that he used a racial slur repeatedly on his controversial leaked sex tape.

During an interview on FOX News’ OBJECTified last month, Hogan said “I don’t know” when asked if he would make a return to the biggest wrestling promotion in the world.

The former WWE Champion has not appeared on WWE television since, although WWE COO Paul “Triple H” Levesque previously stated that the company could be “open” to bringing Hogan back at some point in the future.

Either way, perhaps it’s time for the Hulkster to fully embrace his baldness, brother.