Former champion expected to miss WrestleMania due to injury, but likely to return “soon” after 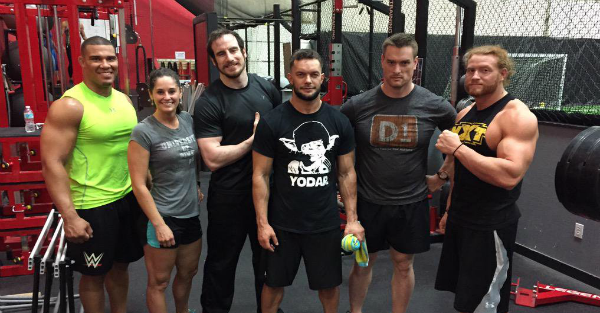 During the Elimination Chamber kickoff show, Kurt Angle announced that Jason Jordan is expected back shortly after WrestleMania.

Obviously, since this was done during a WWE broadcast, it could be storyline or it could be a billion other things. Prior to Jordan’s fictitious dad saying these words, it was previously announced Jordan would be out for a solid amount of time.

?He had an injury to a disc in his neck which resulted in significant pain that was refractory to all conservative measures,? WWE Medical Director Dr. Joseph Maroon said. ?It was decided to do a minimally invasive operation to decompress the nerve, to allow it to heal.?

Jordan had recently won the RAW Tag Team Championship alongside Seth Rollins prior to his injury, which is likely what led to the duo dropping the titles to ?The Bar? (Cesaro and Sheamus) at the Royal Rumble last month.

The 2018 Elimination Chamber will take place live February 25, 2018, at T-Mobile Arena in the Las Vegas Valley, in Paradise, Nevada.