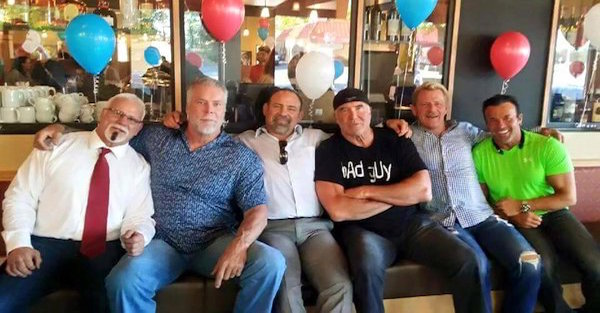 “There have been reports going around about Jeff Jarrett being offered a spot in this year?s WWE Hall of Fame,” Meltzer wrote. “While not confirmed, there was a list of names a few weeks ago under consideration and he was on the list.”

Jarrett, a four-time World Heavyweight Champion, has had a rocky history with WWE, which included being fired by Vince McMahon on live television during Monday Night RAW‘s live simulcast with the final episode of Nitro in 2001 while still under contract with WCW, which McMahon had — at the time — recently purchased.

That incident followed Jarrett allegedly holding the Intercontinental Championship ransom during the end of his contract with the company in 1999. According to numerous past co-workers, Jarrett negotiated with WWE for an undisclosed sum before agreeing to drop it to Chyna before signing with WCW.

However, the Nashville native is seemingly on better terms with the company, having had his October rehabilitation for alcoholism sponsored by WWE, according to Pro Wrestling Sheet.

After his termination from WCW/WWE, Jarrett and his father, longtime promoter Jerry Jarrett, launched Impact Wrestling, then known as Total Nonstop Action Wrestling, in 2002.