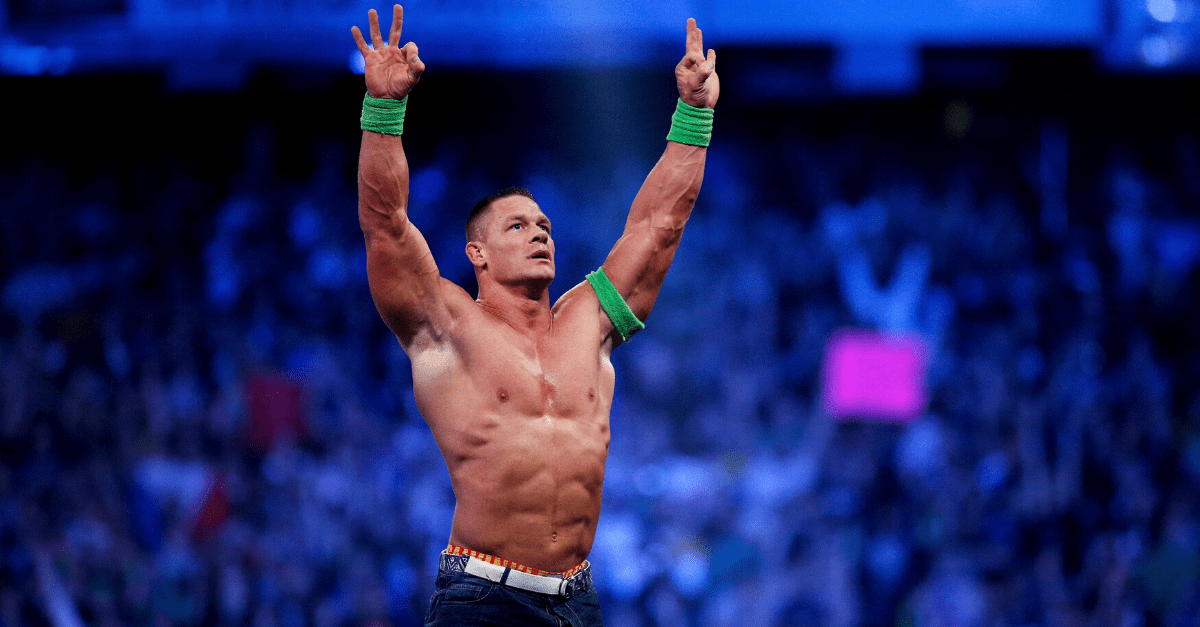 In 2002, John Cena interrupted Kurt Angle during an episode of SmackDown, stating that he has “Ruthless Aggression.” Although Cena was unable to win the match, he was praised backstage by several wrestlers, including The Undertaker. This garnered momentum for Cena that led to big wins against names such as Chris Jericho, and a disqualification win versus Kurt Angle. Unfortunately for Cena, the “Ruthless Aggression” babyface character did not gain much steam. This caused Cena to turn heel against Billy Kidman. Cena then became a freestyle-rapping villain, feuding with Kidman, as well as other wrestlers including Rikishi and Eddie Guerrero.

As a heel, Cena coined the term the “Doctor of Thuganomics” and began dressing in jerseys, jeans, and wearing a chain with a lock as a necklace. In addition, Cena changed his theme from a generic sounding tune to a hip hop-style track called “Basic Thuganomics.” This new character interestingly led to a spike in fanfare, and he once again turned babyface leading into the 2003 Survivor Series pay-per-view. Cena continued to build momentum as a babyface, all the way to becoming the number one contender for JBL’s WWE Championship in 2005.

On the March 17, 2005 episode of SmackDown, Cena teamed with Rey Mysterio and Eddie Guerrero to compete against JBL and Doug & Danny Basham. This is where his “The Time is Now” WWE theme song debuted. Just a little over two weeks later, Cena defeated JBL at WrestleMania 22 to commence his first reign as WWE Champion.

Since 2005, Cena has walked down the ramp with the same theme song (h/t: genius.com):

[Verse 1: John Cena]
In case you forgot or fell off I’m still hot, knock your shell off
My money stack fat plus I can’t turn the swell off
The franchise, doing big business, I live this
It’s automatic I win this oh you hear those horns, you finished
A soldier, and I stay under you fighting
Plus I’m storming on you chumps like I’m thunder and lightning
Ain’t no way you breaking me kid, I’m harder than nails
Plus I keep it on lock like I’m part of the jail
I’m slaughtering stale competition, I got the whole block wishing
They could run with my division but they gone fishing
With no bait, kid your boy hold weight
I got my soul straight, I brush your mouth like Colgate
In any weather, I’m never better your boy’s so hot
You’ll never catch me in the next man’s sweater
If they hate, let ’em hate, I drop ya whole clan
Lay yo’ a** down for the three-second tan
(Krrr, Amadou!)

It’s gonna be what it’s gon’ be

John Cena, Trademarc, y’all are so-so and talk about

Aimin guns in all your photos, that’s a no-no

When this pop, you’ll lip lock, your big talk’s a blatant no-show

See what happens when the ice age melt

You see monetary status is not what matters, but it helps

I rock a timepiece by Benny if any

A man’s measured by the way that he thinks

I spent 20 plus years seeking knowledge of self

So, for now, Marc Predka’s living live for wealth

Since coming out to this entrance theme, Cena became a 16-time world champion, five-time United States Champion, four-time tag team champion, and a two-time Royal Rumble winner. Cena has certainly developed an impressive Hall of Fame resume, and Michael Cole believes that he is the greatest of all time.

Cena’s latest appearance, interestingly, was a wacky presentation of his WWE career, during his WrestleMania 36 Firefly Funhouse match against “The Fiend” Bray Wyatt.