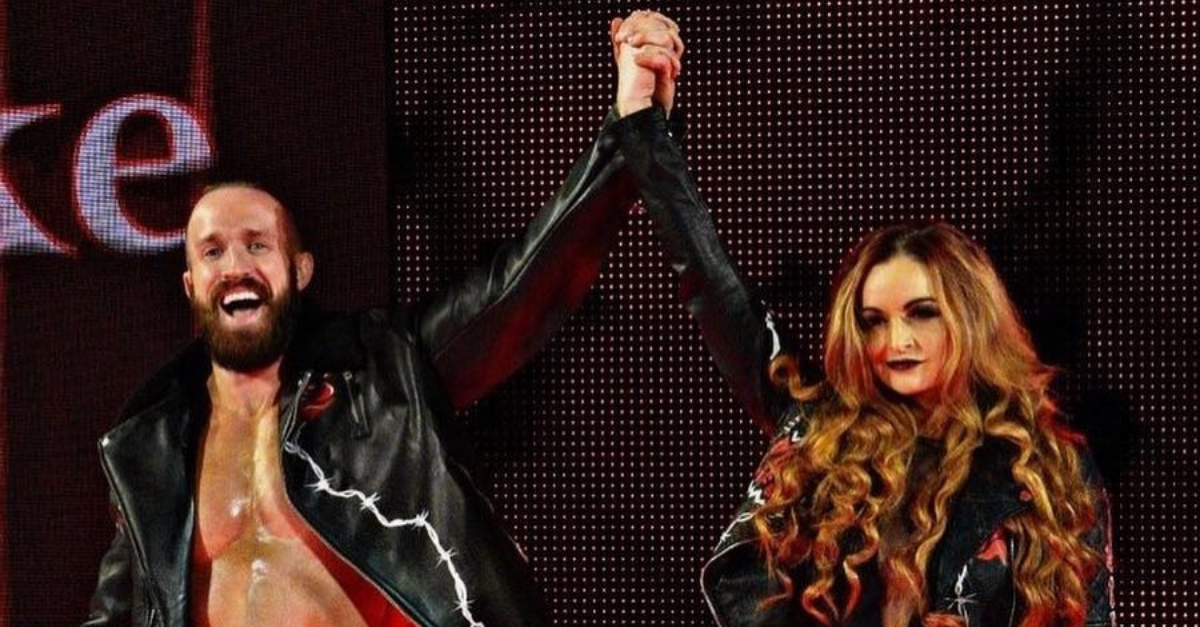 The proverbial “elephant in the room” when it comes to pro wrestling is currently the outward expression of WWE talent frustration with the company ever since the advent of All Elite Wrestling. Recently, there have been rumors of talent being dissatisfied with their current status, which is something that was not expressed heavily in the past due to their current WWE pay compared to what they would make in the independent circuit.

Despite the dissatisfaction of current talent not influencing them enough to leave the company, this looks to be changing. As reported by Pro Wrestling Sheet, WWE power couple Mike and Maria Kanellis have requested their release from the company.

Although making it to WWE was a dream for Mike and a desire for Maria after spending years away from the company, their debut at the Money in the Bank pay-per-view in June of 2017 was perhaps an omen of where their careers were already heading.

Mike Kanellis ? known in other promotions by his real name, Mike Bennett ? took his wife’s last name during a promo at the pay-per-view, donning the gimmick of being obsessed with her. Unfortunately, this gimmick was not received well, and his push was also immediately halted.

After spending much time away from television and only competing on house shows, Kanellis spent this time rebounding from personal issues with alcohol and underwent a significant physical transformation for the better.

Recently, Kanellis returned to a regular role on television with Maria, debuting on the 205 Live brand. While this did give him some positive momentum, the 205 Live brand as a whole has been struggling to gain traction, and Kanellis once again found himself without a major spot in the company. Before signing with WWE, Kanellis spend time working for both Ring of Honor and New Japan, winning both the ROH and IWGP Tag Team Championships with Matt Taven.