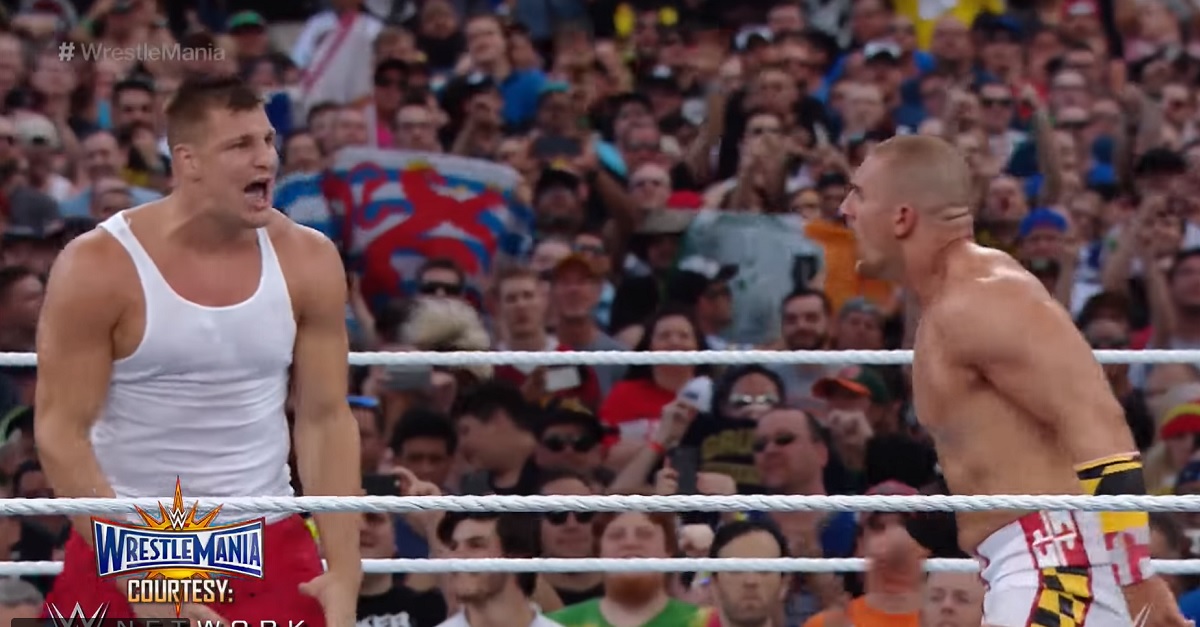 There have been rumblings that New England Patriots star Rob Gronkowski could retire following this past season, leaving many to wonder what Gronkowski could do with all his new found free time.

One speculation has been pro wrestling and WWE, where Gronkowski has already made an appearance as part of WrestleMania 33 with his friend Mojo Rawley.

When asked about Gronkowski as a permanent fixture in WWE, Rawley played coy on the issue, saying that he can see it happening someday, but that he personally can’t speak for Gronk.

“It’s not a matter of if, it’s a matter of WHEN,” Mojo told TMZ Sports, before adding, “I can’t speak for him.”

At 6-foot-6, Gronkowski would be exactly the kind of athlete that Vince McMahon would want in his promotion. Of course, if Gronk is really retiring due to the wear and tear of football, then going to the WWE where he is going to be taking bumps around the ring might not exactly be a better calling.