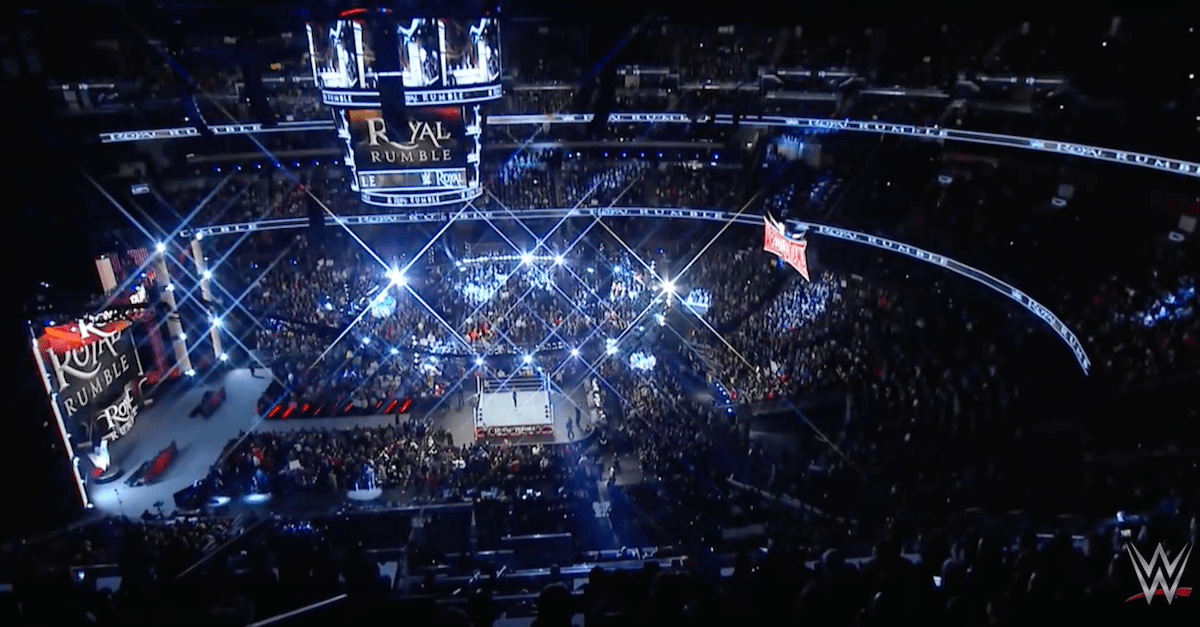 The 2018 Royal Rumble takes place from the Wells Fargo Center in Philadelphia, Pennsylvania on Sunday, January 28. The event is expected to start at 6:30 p.m. ET and will broadcast live on the WWE Network.

To purchase tickets, go to WellsFargoCenterPhilly.com.

There have been plenty of rumors involving what exactly Lesnar will do at the Royal Rumble.

According to the Wrestling Observer, current plans for Lesnar include the champion at the very least appearing on the show. Anything aside from that is currently up in the air, including him defending the title or wrestling in a non-title match.

Originally slated to have Lesnar defend the belt against Finn Balor at the event, that apparently is no longer the case.

Wrestling Observer’s Dave Meltzer noted that Vince McMahon made the change after coming to the conclusion that Balor wasn?t ?over enough? ? aka popular enough ? for a match against Lesnar.

The safe pick would be Reigns winning yet again to set up a match at WrestleMania. Another option could be Shinsuke Nakamura, who is rumored to battle Styles for the WWE title at ‘Mania.

As WWE focuses even more on the women’s division, there’s been growing speculation that they’ll finally get a battle royal of their own at the annual event. This may not be the year, according to Dave Meltzer of the Wrestling Observer. We’ll see in the coming month if WWE actually gives this any thought.

The 2018 Royal Rumble will be the 30th anniversary of the event, originally held in January 1988 at the Copps Coliseum in Hamilton, Ontario, California.