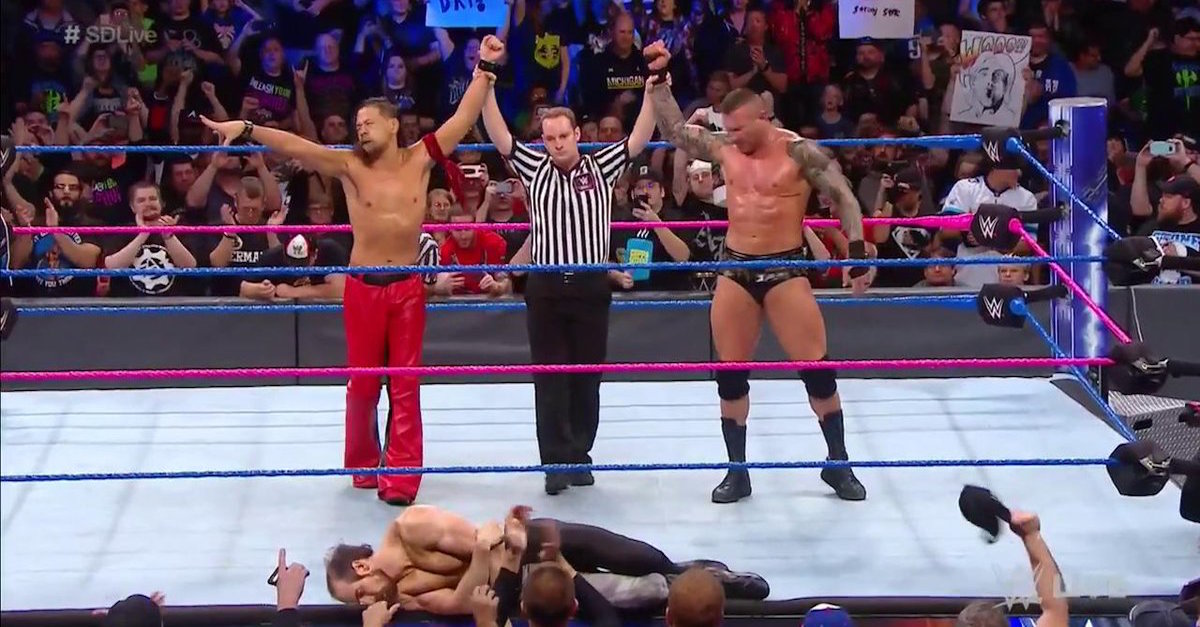 A fun back and fourth with two workers sees the champion take advantage early on but Corbin kept coming after Styles and after a few close falls, Corbin took advantage off an amazing power slam on the outside.

With Corbin in firm control, he hits the end of days to win the match and retain the title. After the match, Renee Young talks with Corbin and your United States Champion has a message for you all.

"Every single one of you can look at this championship, and EAT IT!"@BaronCorbinWWE has retained his #USTitle on #SDLive! pic.twitter.com/JB4tl9wQLg

Kevin Owens comes out and talks about how he got rid of Shane and continues to go on about how he had a near death experience, even calling Sami Zayn his guardian angel.

Sami comes out and usual ska-like entrance and is a smug little heel (I love it so much) and Sami talks with Kevin and it’s like Kevin Owens has a new best friend. You know, ever since Jericho and Owens. Kevin goes on to tell Sami thank you and says that a powerbomb from a few weeks ago opened up Sami’s eyes.

Sami goes on to blame Shane McMahon for ignoring him and piling on broken promises and how Shane never looked out for Sami and kept his word. Even adding in that Shane was too busy with a helicopter crash to care about Sami, he even goes on to call Shane a psychopath and Kevin Owens his brother.

Rowan and Harper are back! With a new gimmick…

Look, we haven’t seen Erick Rowan and Luke Harper in a while but out of nowhere they show up…

Like, why? I’m trying to be hopeful about this new gimmick but after what we’ve seen with Bray Wyatt I’m not feeling too good about it. Like unless we get them in a hot angle or get them in a belt picture, this feels wasted.

It’s Tuesday, you know what that means….IT’S RUSEV DAY!

This tag match starts out hot like a rocket as Randy takes down English and slams Rusev on the announcer table as SD Live goes to break. Coming back from the break, it’s Rusev with the advantage over Randy as Aiden English does some great heel work on the outside. After fighting off English, Nakamura finally gets the tag and after some help from Randy’s RKO, Nakamura gets the Kinshasa on English and picks up the win.

After the New Day and Usos attempted to show mutual respect to each other after a hellacious Hell in a Cell match on Sunday, four other tag teams feel disrespected and under appreciated so Daniel Bryan announces that the winner of a fatal 4-way. After a few big spots it was the team of Chad Gable and Shelton Benjamin that win the match and will face The Usos at a later date.

Best of the Rest of WWE SmackDown Live

WWE SmackDown Live: Fallout from Hell in a Cell