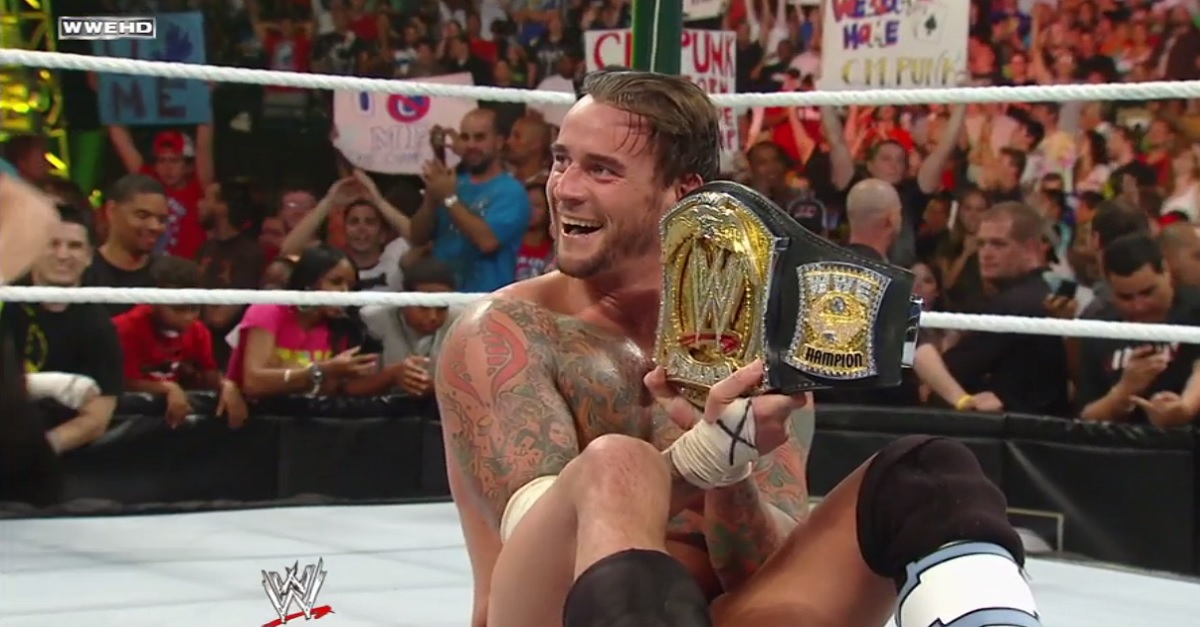 Could CM Punk be joining Bullet Club in Ring of Honor and New Japan Pro Wrestling?

It’s a scenario that many fans have considered. Punk, who hasn’t wrestled since 2014, has been vocal of his displeasure during the end of his WWE run and vowed never to return to Vince McMahon’s company.

However, that doesn’t rule out rejoining ROH — where he wrestled from 2002-05 before signing with WWE — and debuting in NJPW as a member of one of pro wrestling’s most popular factions.

Nick Jackson also tweeted Punk a photo of the group in June with a “kissy face” emoji, which continued what was already growing speculation.

The Bucks, along with fellow Bullet Club members Kenny Omega and Cody Rhodes, as well as former member Adam Cole, addressed the prospect of Punk joining the faction during a live stream Q&A session in February.

“I talk to Punk, he’s my buddy, we text now and then.” Matt Jackson said. “I’m just name dropping, everyone’s going to call me on that right now. But I told him whenever you want to come back please text me and I will somehow make this work out because I would love to work with Punk. He’s one of my favorites all-time.”

Let’s not forget, however, that this is likely just internet trolling. Part of what makes the Young Bucks arguably the best tag-team in the world is their ability to work and troll wrestling fans.

Still, this could be a realistic option for Punk with his UFC career seemingly in question, despite reportedly having a potential fight lined up in the future.

Punk did claim that he would “go wrestle with the Young Bucks in PWG” before returning to WWE during his appearance on the Art of Wrestling podcast with Colt Cabana in 2014. Maybe there’s more truth to that statement than originally thought.

Either way, the prospect of Punk in Bullet Club is something wrestling fans will likely find to be “too sweet.”