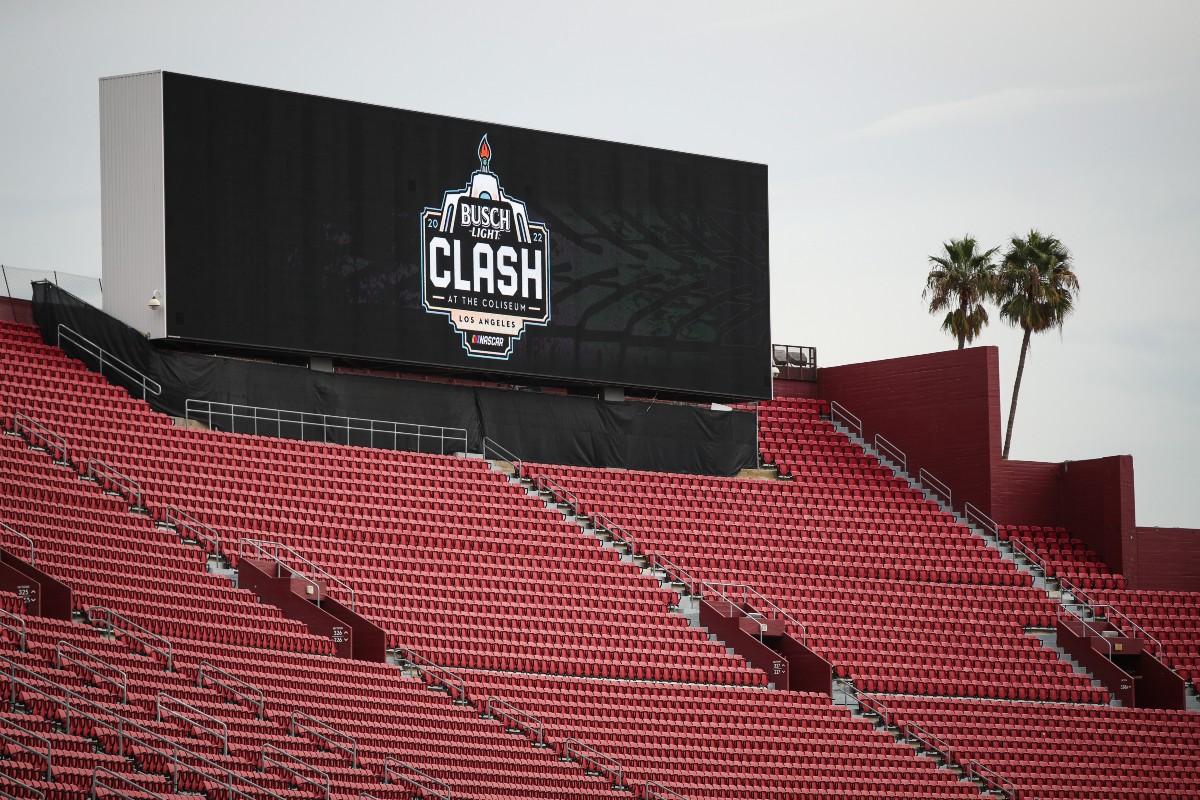 On February 6, two weeks before the Daytona 500, NASCAR will put on one of the most significant races in its history with the Busch Clash at the Los Angeles Memorial Coliseum.

Airing on Fox, the preseason exhibition race has previously been held at Daytona International Speedway at Daytona Beach, Florida since 1979. But, this year’s race is historic for two big reasons.

For one, it’ll be the first time the NASCAR Cup Series has held an event on a quarter-mile track — and one inside a football stadium — since 1971, the last year before the “Modern Era” began with Winston as its title sponsor.

It will also mark the official competition debut of the Next Gen car, a major technological shift for the sport that’s been years in the making.

Throw in musical performances by Pitbull, Ice Cube, and DJ Skee, and calling it a big deal would be the understatement of the year.

What should be expected from NASCAR’s first Clash outside Daytona?

Previewing the Busch Light Clash at the Coliseum

“My anticipation level is probably a lot like everyone else’s, just not exactly knowing what we are going to see,” Kyle Busch, who drives the No. 18 Toyota for Joe Gibbs Racing, said in a media release. “I’ve raced on tracks that small before, but it was in Legends cars. We’ll have to see how this track fits these big, heavy stock cars.”

Busch, who is the 2021 Busch Clash winner, estimated top speeds for cars in the race at “probably going to be around 60 mph and the low speed in the corners may be 20 mph.”

With NASCAR having spent “significantly more” than $1 million to put on the race, the sanctioning body likely is hoping he’s right.

With the help of multiple heat races and last chance qualifying races, 36 entrants will be whittled down to 23 for a 150-lap main event. That will be divided into two segments, separated by a six-minute intermission with an Ice Cube performance mixed in.

The only driver locked into the main event is defending champion Kyle Larson.

For Cole Custer, the driver of the No. 41 Ford for Stewart-Haas Racing, the Clash might be the “craziest race of the year,” and it will be a night all about “adapting.”

“You get on a simulator to figure out little things — just getting prepared, getting the visuals right for the racetrack, getting a little bit of a feel for it,” Custer said in a media release. “You’re going to go out there for the first lap of practice and you’re going to try and soak it up and adapt as fast as you can.”

Unfortunately, the time given to “soak” up the Los Angeles Coliseum’s track is limited. On Saturday, teams will be divided into three groups for just eight-minute practice sessions. Then single-car qualifying sessions will determine the entry lists for the heat races.

While it’s the first time NASCAR will race in the LA Coliseum, it will likely be the only time Aric Almirola competes there as he’s set to retire from full-time NASCAR racing after 2022.

But that’s fine with the Almirola.

“The one really cool thing is that I’ll be able to tell my kids and grandkids that I raced inside the Coliseum,” Almirola said in a media release. “My son got really excited when I showed him pictures. He said ‘Dad, that’s where the Cars movie was filmed,’ so that was funny.”

Whether the new version of the Clash is successful or not won’t be determined until Sunday night. But, 2020 Cup champion Chase Elliott, who drives the No. 9 Chevrolet for Hendrick Motorsports, is approaching it as if it’s a once in a lifetime opportunity.

“Hopefully it’s exciting and people enjoy being there and have fun and enjoy that venue,” Elliott said last week during a Next Gen test at Phoenix Raceway. “Because that might be the only time we ever do it. So we might all enjoy this while it’s here and make the most of it.”

MORE: Here’s What Joey Logano and Others Had to Say After NASCAR’s Clash at the Coliseum