Known as "The Greatest Spectacle in Racing," the Indy 500 is the largest single-day sporting event in the world. It's famous for wild infield parties and open-top race cars that hit maximum speeds of over 200 miles per hour for the 500-mile, 200-lap race. And, having been born in Indianapolis, for my 21st birthday all I wanted was to finally see the spectacle in person for the first time. 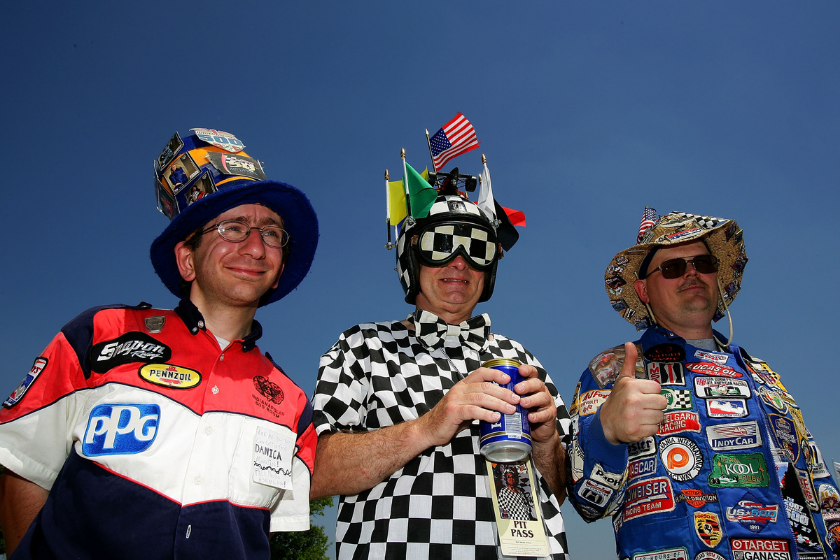 My father, a born-and-raised Hoosier himself, had been to the race too many times to count and knew just how to optimize our time, and experience, for the day. You can park at the race track, but we parked in a nearby neighborhood and made the trek on foot to the Indianapolis Motor Speedway with our coolers of fried chicken, water bottles, and light ale beers. Our tickets were on the home straight directly across from the pits -- from our vantage point we got all the action of the race start, the chaos of the pit stops, and most of the overtakes. Once we'd found our seats and stored our coolers, my dad took me to experience the pre-race festivities. Fans who don't want to pay the extra money for a grandstand seat can sit on the grassy knolls of the infield to watch the race -- there are Kid Zones with activities for young race fans, food vendors, and gift shops, and a party deck in the northwest section of the infield. And, if you're in the mood to really party, you can hop into the Snake Pit for one of the many concerts.

Another race day attraction is the Yard of Bricks. The Indianapolis Motor Speedway is commonly referred to as the "Brickyard" because in 1909 it was paved with 3.2 million 10-pound bricks. Each was hand laid and the final brick was made of gold. Today, one yard of original bricks remains exposed at the start-finish line, and fans can visit them before the race. 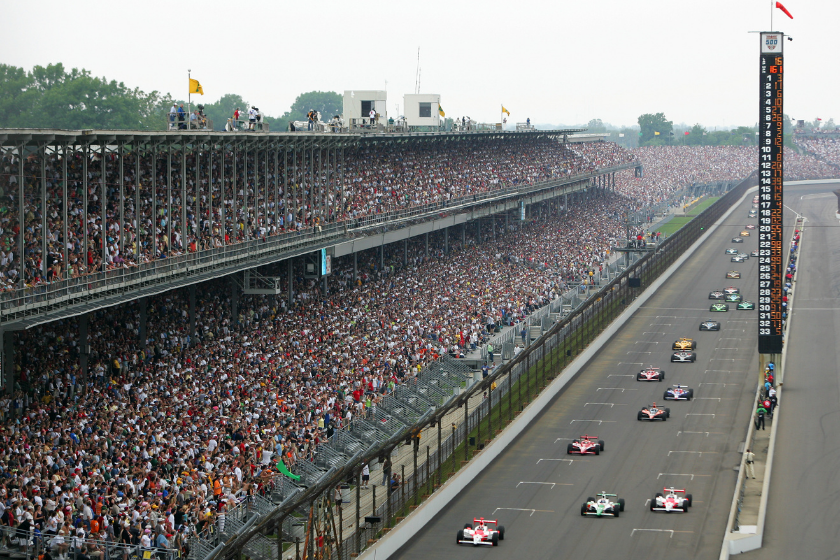 After exploring we made our way back to our seats, cracked one of our beers, and awaited the start. In IndyCar racing, the cars start the race in a rolling start three-cars wide.

The Indy 500's first turn is notorious for high-impact collisions when the cars are still bunched together and have gotten up to starting speed -- everyone holds their breath as the cars charge into the first turn. But, this year, the drama happened behind the pace car in the pace lap -- pole-sitter Helio Castroneves couldn't get his car started, but after several attempts, he managed to get the car to fire and he joined the pack on the fourth turn.

I'll never be able to appropriately describe the incredible sound of the engines as they fly past -- the vibration and sound combined with the roar of the crowd is better than any other live sporting event I've ever attended, and I've been to NFL, NBA, and NHL games; Formula One racing events in America and Europe; the Belmont Stakes and the Palio di Siena. Once the cars fall into a comfortable pattern, it's time for the crowd to settle in, too. Because of the size of the oval track, we could only see the cars exiting the fourth turn, fly past us on the home straight, and then race away back into the first turn.

On lap 113, the race was paused for a lengthy rain delay, so my dad and I escaped to the coverage of the awnings behind us. After looking at the weather map, we decided to stick it out for the restart. After three hours, the rain ceased (yes, we held out for three hours!), the track was dried, and the race resumed with Tony Kanaan at the front of the pack.

On lap 162, Dan Wheldon and Marco Andretti crashed, and the race went under a yellow flag with Dario Franchitti in the lead. Unfortunately, rain started falling again, the race was halted on lap 166, and Franchitti was declared the winner of the 91st running of the Indy 500. From our seats, we could see actress Ashley Judd, Franchitti's wife at the time, running down pit lane barefoot in the pouring rain celebrating his win.

By the time we got back to our car, we were soaked to the bone, but still energized from the long and exciting day. Fifteen years later, I've attended very few events that have compared to the spectacle that is the Indianapolis 500. I'll be tuning in from my home in Florida for this year's race, but I hope to get back to the greatest spectacle in racing again soon.

Who will you be pulling for this year?

MORE: 10 Indy 500 Facts to Get You Prepped for "The Greatest Spectacle in Racing"