The Indianapolis 500 may be famously billed as "The Greatest Spectacle in Racing," but you don't have to be a diehard motorsports fan to appreciate the history behind the prestigious event.

The race is a Memorial Day weekend tradition that dates all the way back to 1911, and save for a few years during World War I and II, it's run every year since. On May 29, 2022, Indianapolis Motor Speedway will host the 106th running of the Indy 500.

Whether you're an IndyCar aficionado who's looking for a little refresher or you're just really into random sports trivia, here are 10 fun facts about the Indy 500 to keep stored away in the ol' memory banks. 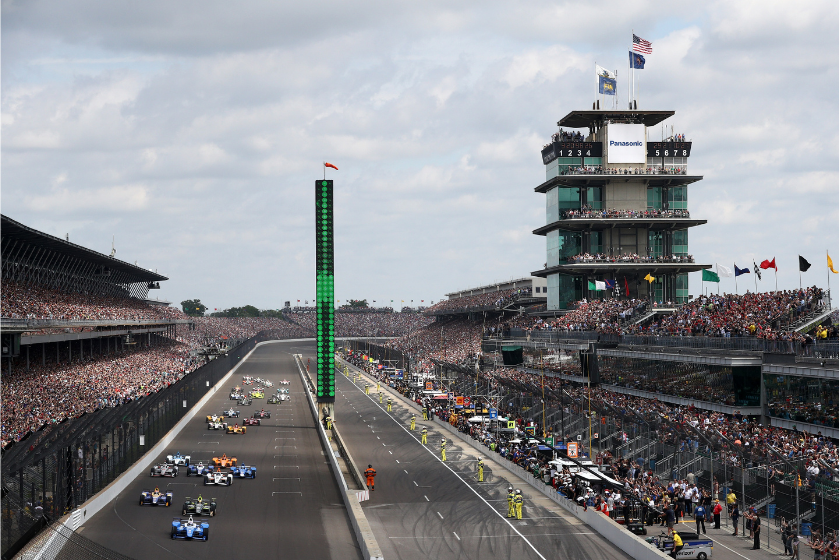 The Indy 500 is held at Indianapolis Motor Speedway, which spans 253 acres. For context, IMS could contain Churchill Downs, Yankee Stadium, the Rose Bowl, the Roman Colosseum, Vatican City, the White House, the Taj Mahal and Liberty Island with an acre to spare!

And, that's just counting the interior track oval, as the total acreage of IMS is over 1,000. I mean, this place is incredible: it even has an 18-hole golf course called Brickyard Crossing.

Speaking of "Brickyard," that's the nickname for IMS, which comes from the surfacing project in 1909 when 3.2 million street paving bricks were laid. Though the track is asphalt today, one yard of the brickwork is exposed at the start-finish line to allow for the popular "kissing the bricks" tradition, which was started by NASCAR champ Dale Jarrett in 1996 after he won the Brickyard 400. 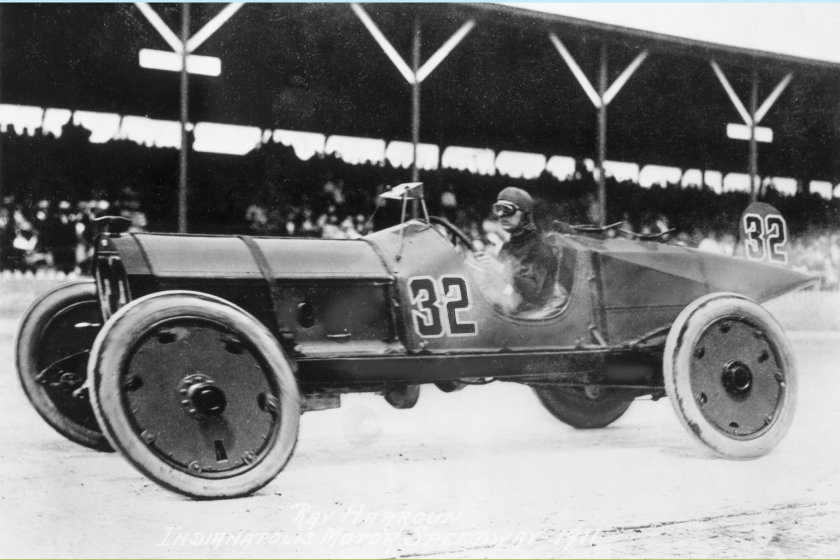 On May 30, 1911, Ray Harroun won the inaugural race, which was originally called the "International 500-Mile Sweepstakes Race." Yeah, definitely doesn't roll off the tongue quite like Indy 500.

Harroun, who actually came out of racing retirement to win the race, traveled at an average speed of 74.602 mph on his way to victory. Today, the average speed at the Indy 500 is somewhere around 190 mph. Times sure have changed.

3. The winner of the Indy 500 is presented with the Borg-Warner Trophy. 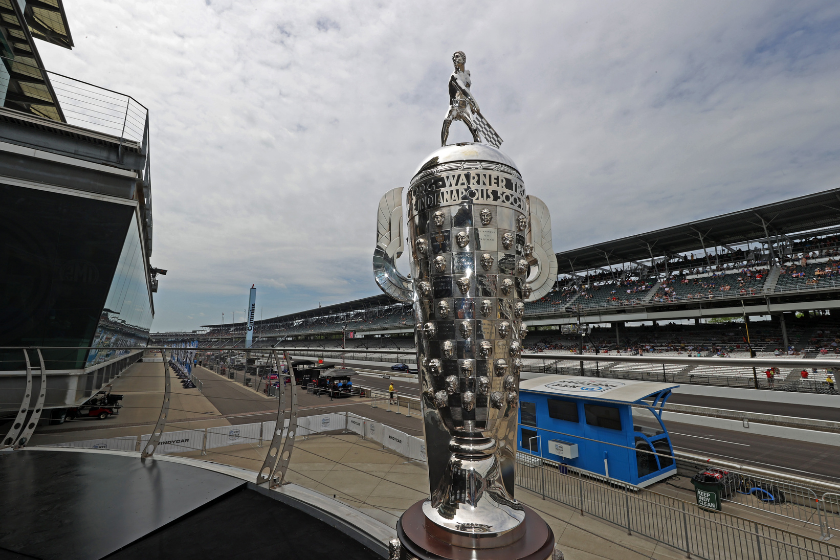 The Borg-Warner Trophy, named for and commissioned by automotive supplier BorgWarner, was first awarded at the 1936 Indy 500. Standing 5-foot-4, the trophy features the name of each winner as well as the likeness etched into the trophy's base. Today, there are 105 faces gracing the 110-pound trophy.

"Winning the Borg-Warner Trophy is like winning an Olympic medal," said Louis Meyer after winning the inaugural trophy in '36.

Of course, he was referring to the prestige surrounding the prize, but the Borg-Warner Trophy is actually way more valuable than an Olympic gold. When it was first commissioned, it had a value of around $10,000. Today, the sterling silver trophy is valued at more than $1 million.

Interestingly enough, Indy 500 winners don't go home empty-handed, as they are also given a miniature replica of the Borg-Warner trophy called the Baby Borg. 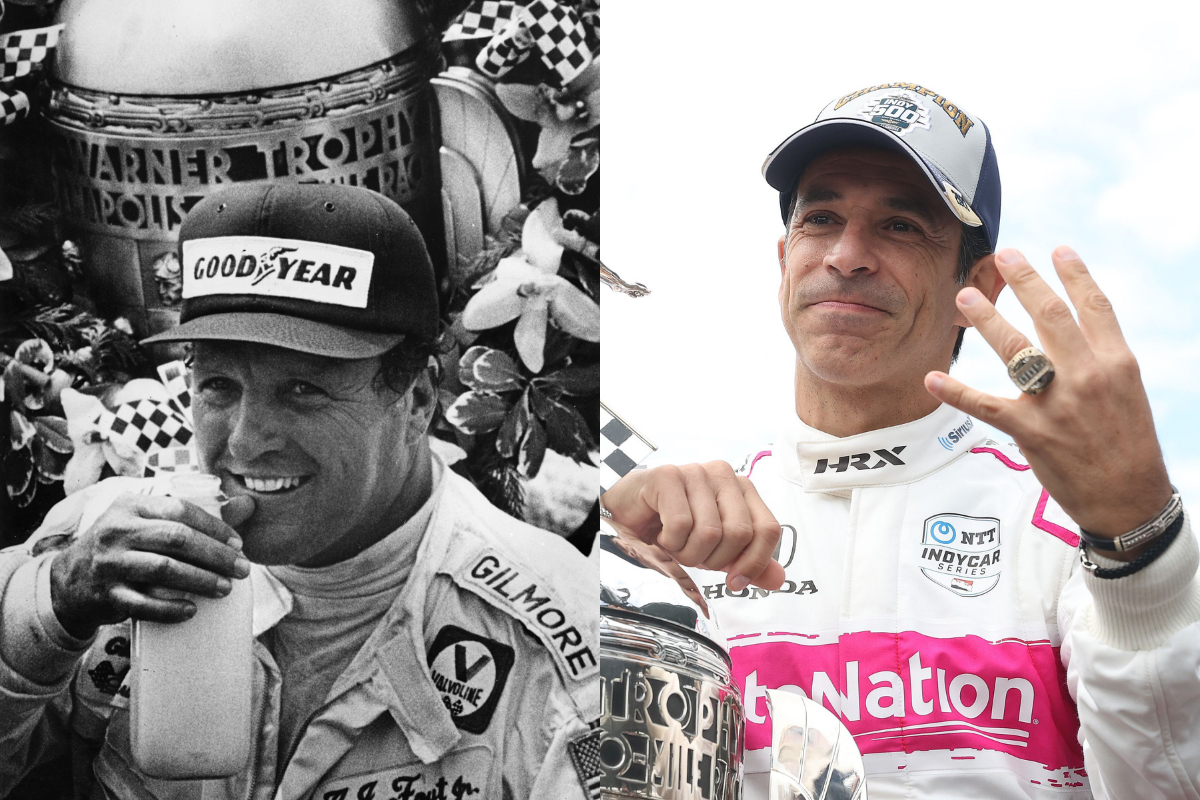 A. J. Foyt, Al Unser Sr., Rick Mears, Helio Castroneves are the most successful Indy 500 competitors, with each driver having won the race four times. 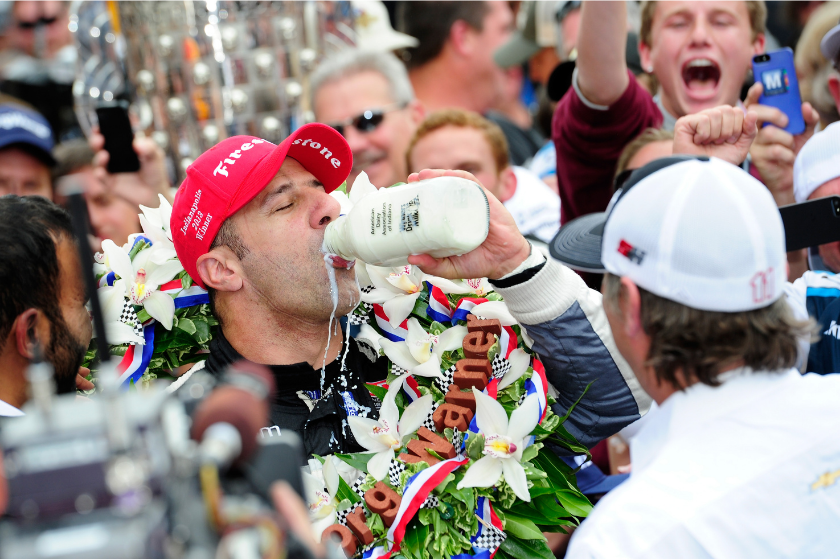 After winning the Indy 500 for the third time in 1936, Louis Meyer drank from a bottle of buttermilk on Victory Lane to quench his thirst on the hot May day.

It wasn't until 1956 that the Indy 500 post-win milk-drinking celebration became a reoccurring tradition. In an annual poll put out by the American Dairy Association of Indiana, Indy 500 entrants are allowed to select their preference of milk should they win.

Now, these days, the milk is more for the winners to douse themselves in instead of actually savoring the taste of (think of an NFL gatorade bath), which is, I imagine, the only reason why chocolate milk doesn't get picked every time. It's great to drink, not so great to be showered with. 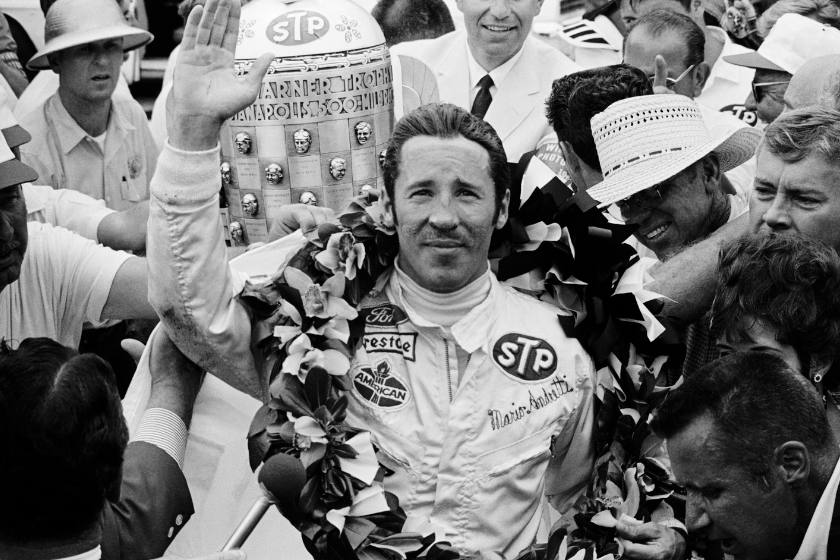 With his win at the 1969 Indy 500, Mario Andretti was the last member of the renowned Andretti family to win the iconic race. This spawned something known as the Andretti Curse.

Not only has an Andretti never won since '69, but members of the auto racing family typically lose in bizarre or heartbreaking fashion.

In 1992, Mario and Jeff Andretti ended race day with broken bones. There was also the time that John Andretti ran into a pile of tires during a pit stop, successfully taking himself out of the race.

On the other hand, there was that one fateful running of the Indy 500 where Michael Andretti had victory in his sights. He was way ahead of the competition with only 11 laps to go. He would've gone down as the curse breaker. But, as misfortune would have it, his race car's fuel pump just up and quit on him.

And, so the Andretti Curse continues.

7. Roger Penske is the winningest team owner in Indy 500 history. 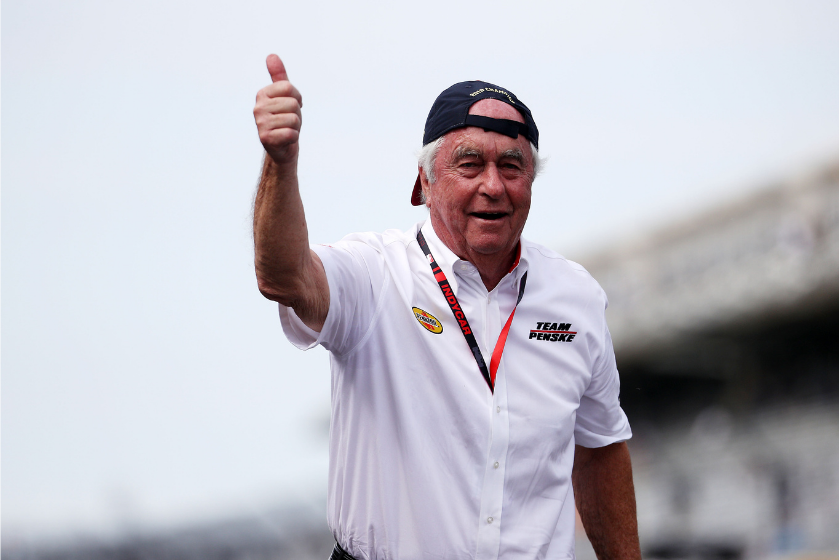 Those wins include all of Rick Mears' Indy 500 wins, Al Unser's last win in '87, and three out of Helio Castroneves' four 500 victories. How's that for a legacy?

Today, Penske owns the IndyCar Series and Indianapolis Motor Speedway, which was finalized in November 2019. The 85-year-old racing legend is pretty much synonymous with all things IndyCar.

8. Janet Guthrie was the first woman to compete in the Indy 500. 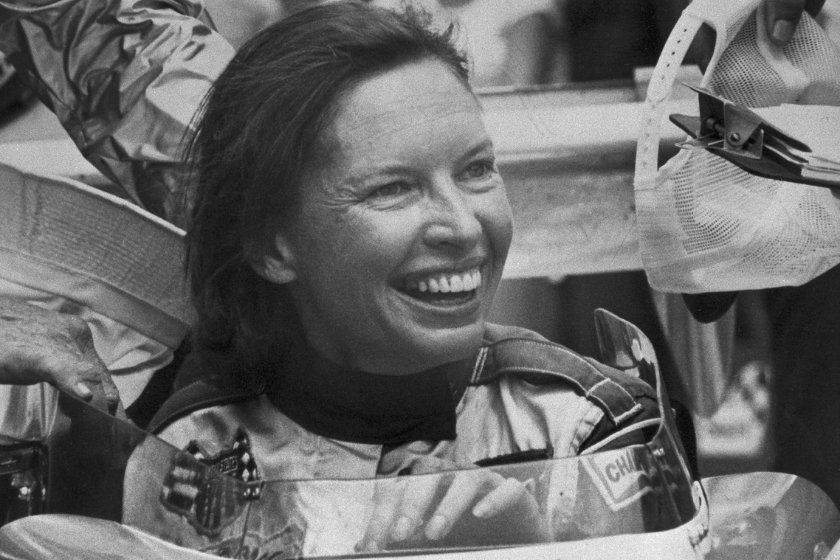 Janet Guthrie is the ultimate trailblazer for women in racing.

Guthrie set the stage for a number of women in racing, most notably Danica Patrick, whose third-placed finish at the 2009 Indy 500 is a record for the highest-placed finish for a woman in the history of the 500. 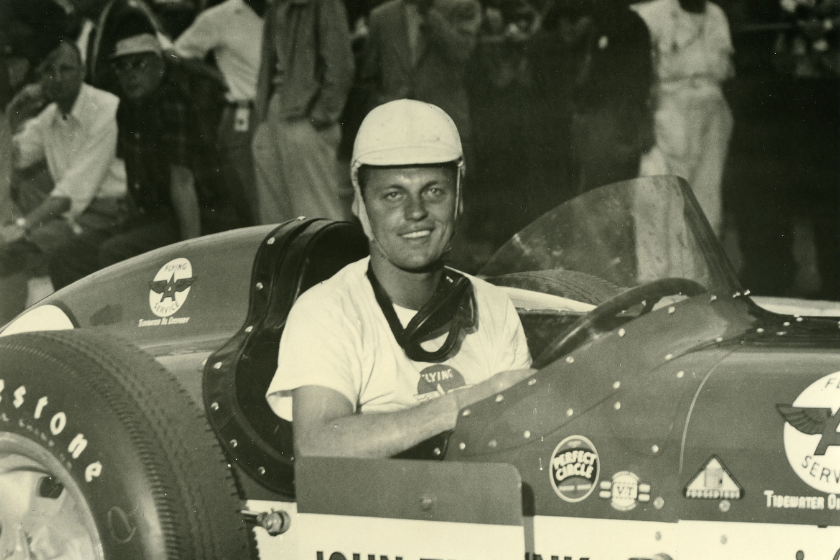 At 22 years and 80 days, Troy Ruttman set the record for the youngest Indy 500 winner in history when he won the 36th running of the race in 1952. And, on top of that, he was driving a dirt track car.

Ruttman, who died in 1997 from lung cancer at the age of 67, also competed in Formula One and NASCAR. Today, he is a member of the National Sprint Car Hall of Fame and the Motorsports Hall of Fame of America. 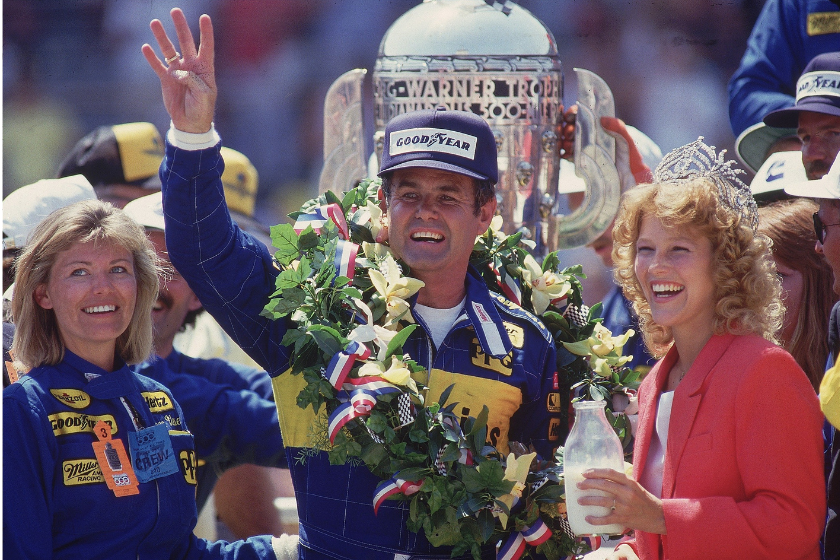 Danny Ongais was supposed to make the start for Team Penske, but after suffering a concussion during a practice crash, the Hawaii native was out of commission. That's when Unser, who was a part-time racer at the time, stepped up as Danny's replacement.

Mario Andretti was the easy favorite going into the '87 Indy 500, having dominated practice, qualifying, and most of the race. But, in classic Andretti Curse fashion, he wasn't able to get it done, with a broken valve spring with 23 laps to go being the culprit.

Unser stayed the course, avoiding an astonishing 25 wrecks in the process, and took advantage of Andretti's misfortunes to secure his fourth 500 victory. His win is considered the greatest upset in Indy 500 history.

MORE: The Most Tragic IndyCar Deaths From the Past 25 Years