Danica Patrick, one of the most recognizable women in motorsports, first burst onto the IndyCar scene in 2005 and quickly took the professional racing world by storm. Undeniably talented and aggressive, she entered the male-dominated sport with swagger and confidence, even when her naysayers questioned her capabilities.

Boy, were her critics wrong. Patrick, who began karting at the age of 10, would become the first woman to lead laps at the Daytona 500 and the Indianapolis 500. 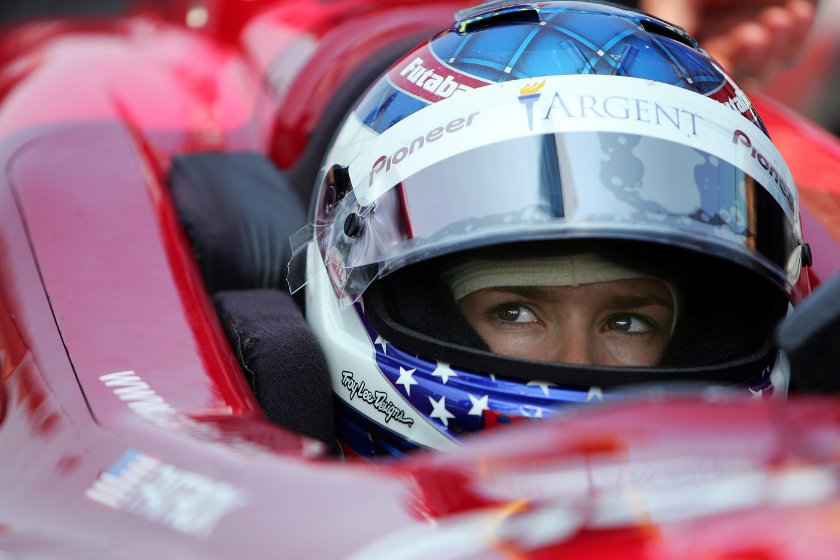 In December 2004, Rahal Letterman Racing named Patrick to the team's third roster spot for the 2005 season in a car co-owned by Bobby Rahal and late night talk show host David Letterman. In her debut at the Indy 500, she set the fastest lap in practice and finished fourth in qualifying, starting from the inside of the second row.

On lap 56, after a flurry of green-flag pit stops, Patrick was shuffled to the front of the pack and led the race for a lap before coming into the pits herself. It marked the first time in Indy 500 history that a female driver led a lap in competition.

With 30 laps to go, Patrick stayed out on a yellow flag and again found herself in a position to overtake the top spot. On lap 172, to the roar of 250,000 spectators, Patrick took the lead again. Unfortunately, fuel concerns meant she had to dial down her fuel mixture so she could make it to the end of the race, and so she was caught by Dan Wheldon on lap 186. Though she finished the race in fourth, Patrick was given Indy 500 Rookie of the Year thanks to her impressive run.

Patrick went on to take her first career pole at Kansas Speedway a few races later, becoming the second woman in IndyCar Series history to achieve the feat after Sarah Fisher in 2002. She would take two more pole positions that season, finished 12th in the points' standings, and was named IndyCar series Rookie of the Year. 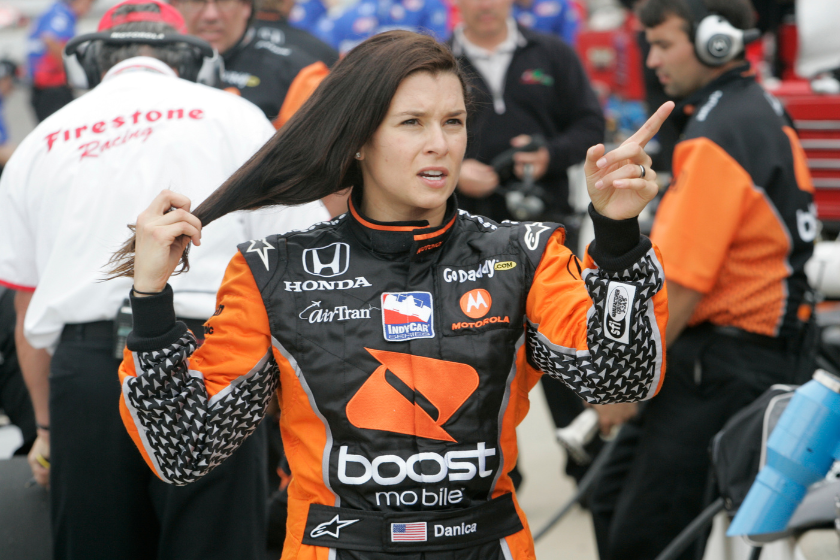 In 2008, Patrick joined Andretti Green Racing and became the first woman to win a top-level sanctioned open-wheel racing event when she took first place at the Indy Japan 300 at Twin Ring Motegi on April 20, her maiden IndyCar victory. Capitalizing on a fuel strategy, Patrick came back from seventh position with 10 laps remaining to secure her victory.

2009 would also be a big year for Danica, as she ended up racing to a third-place finish in that year's Indy 500. This set a new record for the highest-placed finish for a woman in the history of the Greatest Spectacle in Racing.

In 2012, Patrick left IndyCar to join the Sprint Cup Series (now NASCAR Cup Series) and recorded seven top-10 finishes in her five-year run. Before retiring in 2018, she took one more spin around Indianapolis Motor Speedway, finishing her racing career at the Indy 500. Though she crashed in her final race, fans delighted in seeing her back in an IndyCar for a final time.

Over the years, Patrick became a mainstay on television -- she appeared in 13 Super Bowl commercials for her sponsor GoDaddy (the record for the most Super Bowl commercial appearances), won Favorite Female Athlete at the Kids' Choice Awards, and has been nominated for several ESPY awards. And, since stepping out of the race car, she continues to lend her knowledge as a race day commentator.

There's no doubt Patrick's achievements and influence in the racing world popularized the path for women in the sport. In 2021, Simona de Silvestro and her Paretta Autosport team made its debut as the first female-majority team to compete in the Indy 500 -- the team is female-owned, female-driven, and female-fueled.

It's thanks to women like Patrick that female-majority teams might not be so rare in the future. The only question remaining is who will be the next Danica Patrick to take IndyCar by storm?