Like most sports, professional auto racing has plenty of strange and longstanding traditions. On the NASCAR side of things, you've got the Grandfather Clock trophy at Martinsville Speedway and the kissing of the bricks at Indianapolis Motor Speedway.

Speaking of IMS, perhaps one of the weirdest traditions in racing comes from IndyCar, specifically the Indy 500. As the race winner receives the coveted Borg-Warner Trophy, they also engage in a time-honored celebration at "The Greatest Spectacle in Racing": they drink milk.

Why Do Indy 500 Winners Drink Milk? 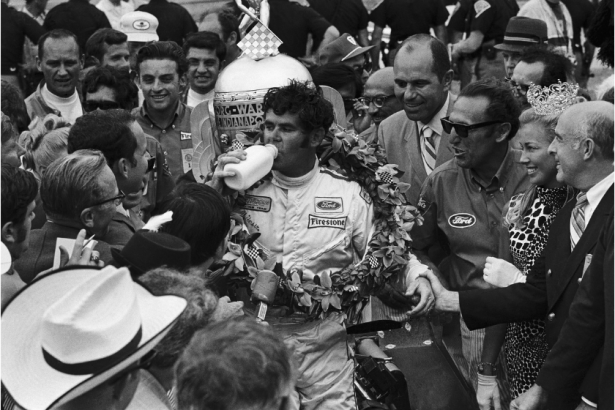 Where does this drinking milk tradition come from anyway? Why don't the winners drink water or Gatorade or even take a swig of celebratory champagne?

According to Indianapolis Motor Speedway, it all dates back to 1936 and was originated by Louis Meyer. Apparently, the three-time Indianapolis 500 winner often drank buttermilk to refresh himself on a hot day. After winning the race in '36, Meyer saw that there was milk available in Victory Lane, and he decided to drink some.

Well, an executive with something called the Milk Foundation (yep, that was an actual thing) was so excited over the publicity that came from Meyer being photographed drinking the milk that he worked to make the practice an annual thing. And, so it has been ever since, save for a stretch between 1947-1955.

As you can probably imagine, IndyCar racers have come a long way from just drinking a glass of buttermilk. In fact, in recent years, drivers have actually given their milk preferences to the American Dairy Association of Indiana (the official milk delivery service of the Indy 500), should they win the big race. There are four options: whole milk, two-percent milk, fat-free milk, or no preference. Yeah, this whole milk-drinking tradition is clearly a pretty big deal.

As if the practice of drinking milk after a race weren't strange enough, the American Dairy Association of Indiana has designated "milk people" to give out the celebratory milk to the winning team. Yep, they're literally called "milk people."

They're actually dairy farmers, voted for by the ADAI board, with two-year terms. Who knew milk could be such a political enterprise? At the end of the race, the first-year milk person hands out the milk to the owner and mechanic, while the second-year milk person has the distinct honor of presenting the bottle of milk to the winning driver.

Now, I wonder what happens if an Indy 500 winner is lactose intolerant? 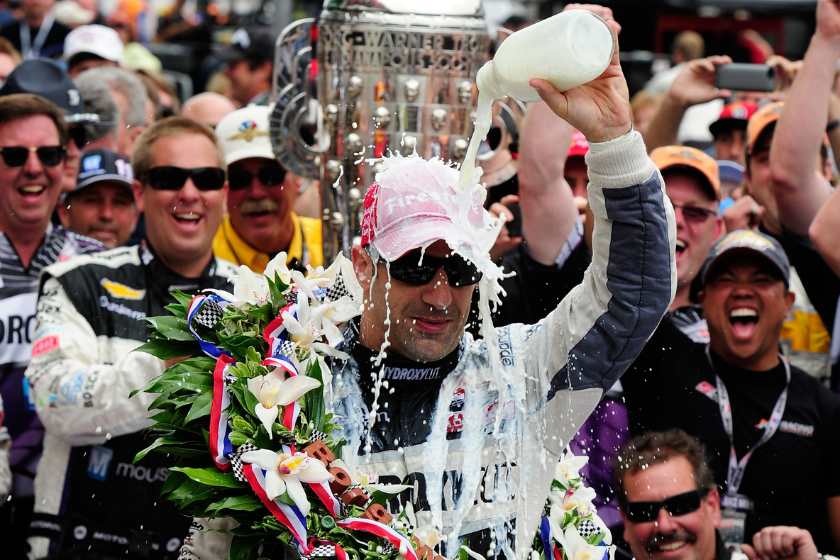 Now, as mentioned before, there are only four options to choose from (tradition being tradition and all), but several drivers decided to clarify their responses a little bit. For example, Colton Herta, Juan Pablo Montoya, and Graham Rahal all said that they would prefer chocolate milk. Helio Castroneves wrote "pink powder please," as a nod to his 2021 win when he added strawberry flavoring to his bottle of milk.

Ed Carpenter and Felix Rosenqvist wrote that they actually preferred buttermilk, while Marco Andretti jokingly added "no orange juice" to his whole milk request, referencing the moment in 1993 when Emerson Fittipaldi broke from tradition drank OJ instead of milk. Clearly, Emerson has never lived it down.

MORE: 12 Fast Facts About the Indy 500 to Impress Your Friends With