In NASCAR, every decade is defined by its legends, and the 1980s were no exception.

While you had icons from previous decades who were still kicking ass and taking names, like Richard Petty and Bobby Allison, new legends like Dale Earnhardt emerged to usher NASCAR into the new era.

Here's our definitive ranking of the eight best NASCAR drivers of the 1980s. 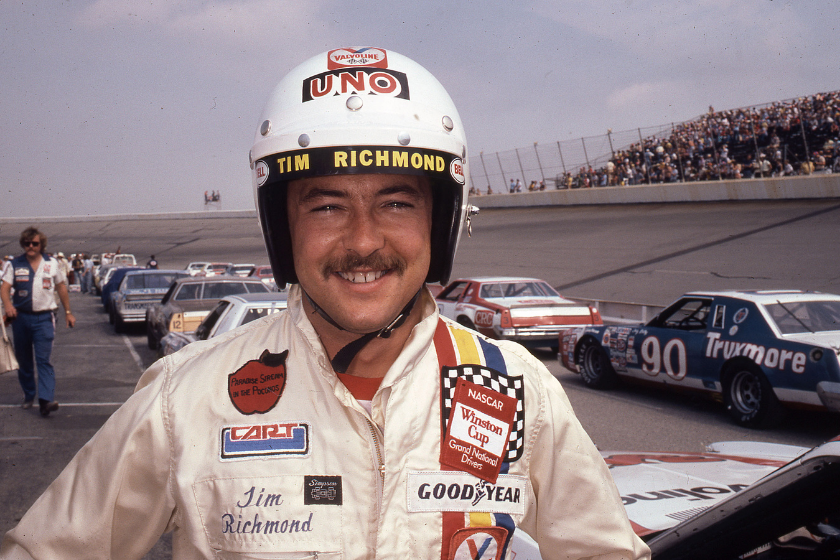 Tim Richmond was a true fish out of water when he arrived in NASCAR. The 1980 Indianapolis 500 Rookie of the Year ran only five races in 1980 and a near-full time schedule in 1981 for numerous teams before sweeping both Riverside races in 1982.

The Ashland, Ohio native had a few other wins driving for Blue Max Racing before leaving for Rick Hendrick's team in 1986. After an initial period of getting to know crew chief Harry Hyde, Richmond pulled off a string of 10 top-two finishes in a 12-week span in the middle of the season.

After falling ill with AIDS after 1986, Richmond returned in 1987 to win his first race back at Pocono and followed that up with another win at Riverside before stepping aside a few races later. Richmond succumbed to the disease in August of 1989. 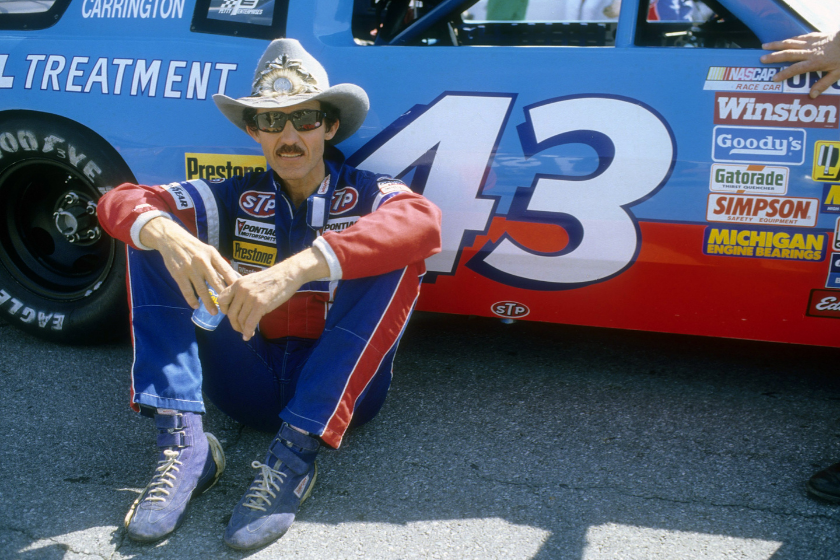 Though Richard Petty never won in the last half of the 1980s, The King did win his seventh Daytona 500 in 1981 and scored 10 wins during the '80s, even though his 199th win at Charlotte Motor Speedway did come with the aid of an oversized engine.

However, Petty's 200th NASCAR win was pure fairytale material. On the 4th of July, with the sitting President of the United States in attendance giving the command to start engines from Air Force One, Petty beat Cale Yarborough to the caution flag to end the race by mere inches.

Hollywood wouldn't have believed that story, but it happened. 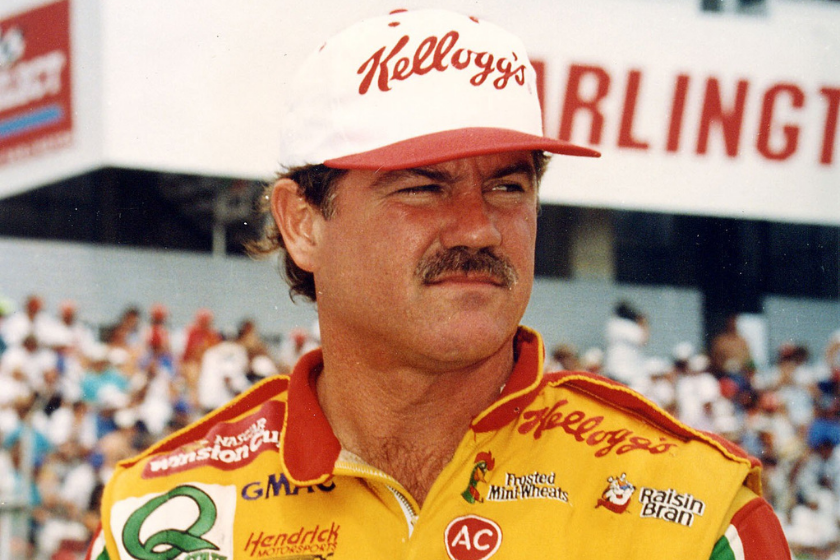 Corpus Christi's own Terry Labonte earns a place on this list thanks to his 1984 Cup championship, but also because of his diversity of wins. Labonte won in a Chevrolet and an Oldsmobile for Hagan Racing and a Ford for Junior Johnson.

Labonte was a consistent contender for a good finish with 105 top-five finishes despite having only 10 wins. Labonte only finished outside the top-10 once in points in the decade in 1986. 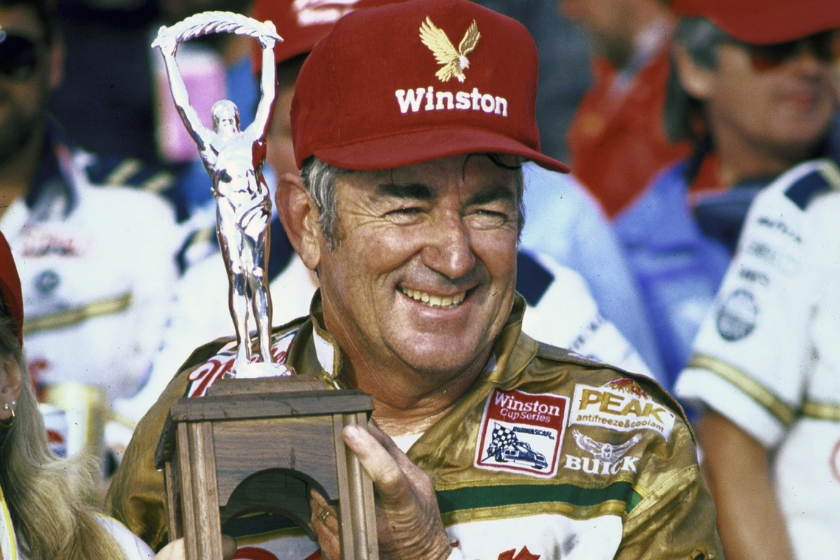 The 1983 Cup champion, Bobby Allison also won the Daytona 500 in 1982 and 1988, the former coming after two runner-up finishes in The Great American Race and the latter finishing in front of son Davey.

Allison won 28 times in the 1980s, fourth on the all-decade list. After finishing second to Darrell Waltrip in the 1981 and 1982 standings, Allison's championship the following year resulted from a season with only two DNFs and two other finishes outside the top 10.

Allison did not finish out the decade after a career-ending accident at Pocono Raceway when another driver hit the Alabama native in the driver-side door. 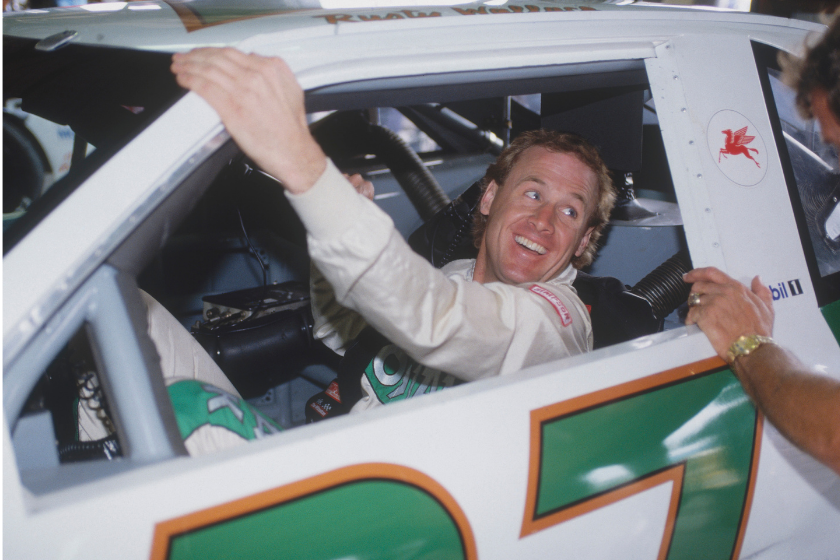 The 1989 NASCAR champion didn't start racing full time in NASCAR until 1984, and after winning in his fifth race with Blue Max Racing in 1986, Wallace became an instant contender with 16 wins in the decade to his credit.

Wallace finished sixth, fifth, second and first in points in the final four years of the decade, and his 1989 title run was one of consistency with only four DNFs out of 29 races.

Wallace shined on short tracks and road courses with 10 of his wins coming on those types of tracks, including the last ever NASCAR race at Riverside Raceway in 1988. 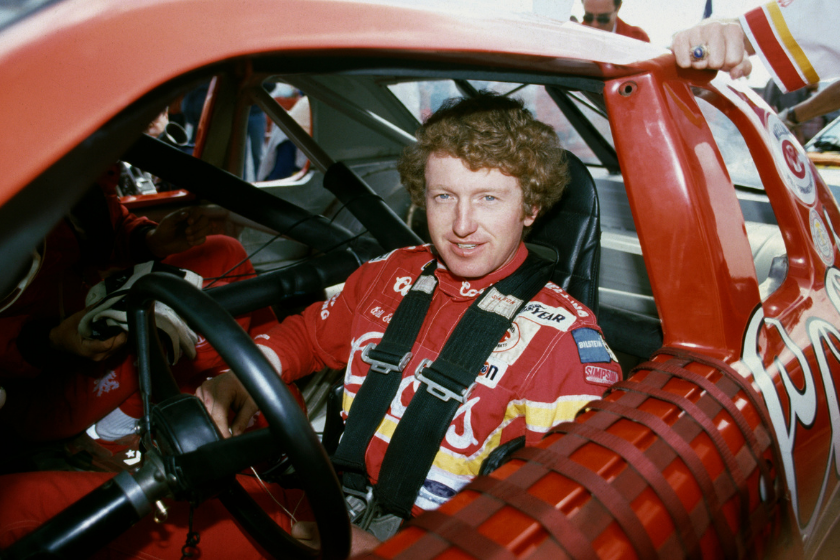 Awesome Bill from Dawsonville was NASCAR's first winner of the famed Winston Million bonus in 1985 and spent the greater part of the 1980s going fast, setting track records that will likely never be broken at Daytona and Talladega.

Bill Elliott didn't race full time in NASCAR until 1983 and would finish third in that year's standings. Elliott's defining season came two years later, as he won the Daytona 500 and 10 other races to finish second to Darrell Waltrip in points. Elliott would win another Daytona 500 two years later.

Elliott won 32 races to place third on the all-decade list. As a result, his worst championship ranking as a full-time driver in the '80s was sixth in 1989.

Elliott's most famous drive came at Talladega in 1985, when he overcame a two lap deficit under green to win after an oil fitting had worked loose on his car. Such a feat could likely never happen again. 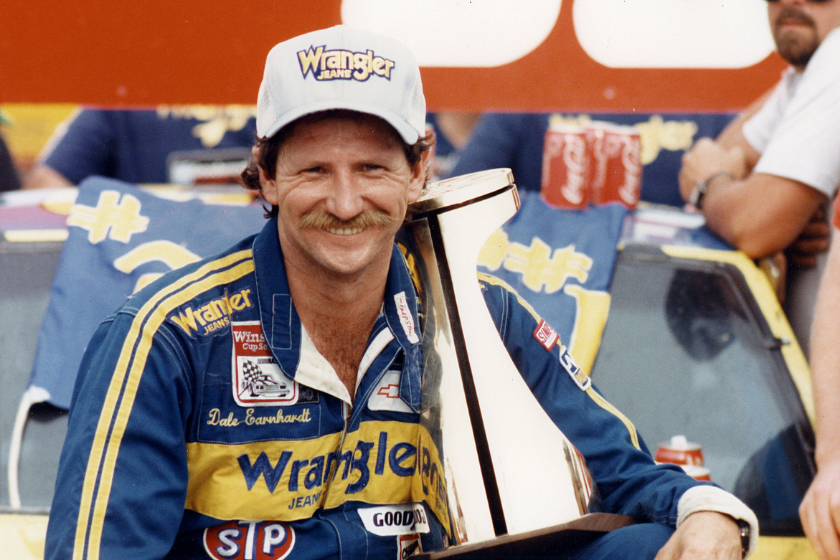 Earnhardt fell short of his fourth title in the decade by 12 points in 1989 to Rusty Wallace, but would have the better of the Missouri native in the following decade. 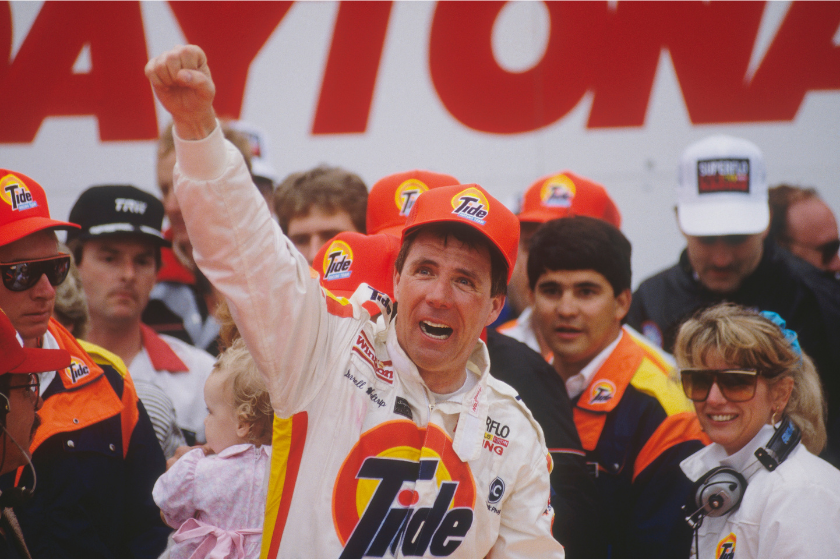 No driver won more races in the 1980s than Darrell Waltrip.

Driving under the DiGard, Junior Johnson and Hendrick Motorsports banners, Waltrip found his way to victory lane 57 times and won three NASCAR Cup titles in 1981, 1982 and 1985. He finished second in points in 1983 and 1986 and was in the top five every year in points except for 1988 (seventh).

Waltrip won at every kind of track NASCAR raced at in the 80s and won in every year of the decade.