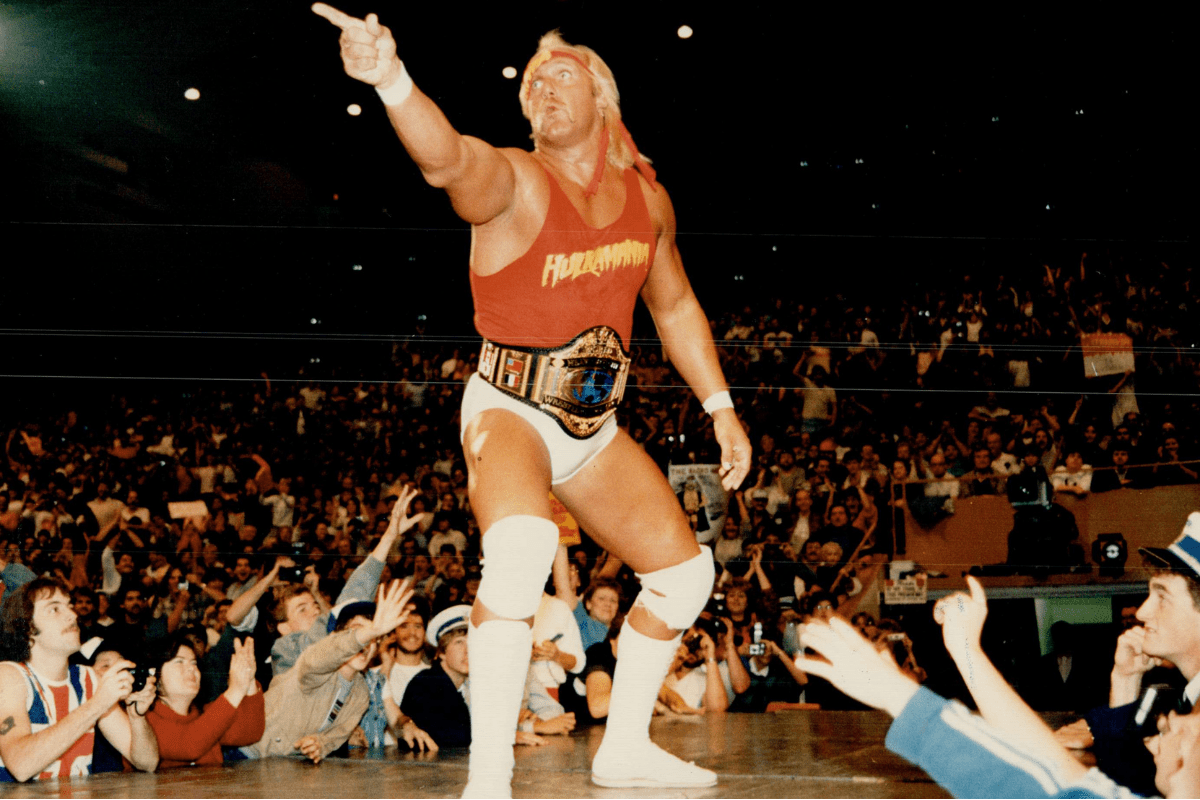 Even for many professional wrestling fans today, the Golden Era of the 1980s is still the best era in the history of the business. With riveting storytelling, captivating storylines and larger-than-life characters, the World Wrestling Federation (WWF) and National Wrestling Alliance (NWA) were the most popular promotions. In addition to these, the American Wrestling Association (AWA), World Class Championship Wrestling (WCCW) and the Mid-South/Universal Wrestling Federation (UWF) were also competitive promotions that created legendary stars.

In the 1980s, good guys (babyfaces) and bad guys (heels) were a major influence of how pro wrestling promotions presented the wrestlers. During this time, some of the biggest heels were Andre the Giant, “Million Dollar Man” Ted DiBiase, “Ravishing” Rick Rude, The Iron Sheik, “Nature Boy” Ric Flair (and fellow Four Horsemen members Arn Anderson, Tully Blanchard and Barry Windham), “Rowdy” Roddy Piper, King Kong Bundy, Big John Studd, and “Mr. Perfect” Curt Hennig, among others, with many of these names being managed by Bobby “The Brain” Heenan.

In contrast, there were many babyfaces who excited the crowd and helped develop such a great era. Here are 10 of the best professional wrestlers of all time in this era.

There is a strong argument that would support the claim that Hulk Hogan is the most popular names in not only WWE history, but all of professional wrestling. Capitalizing on the Rock n’ Wrestling craze of the 1980s with MTV, Vince McMahon chose Hogan to be the figurehead of the company. This gamble would turn out to be a very successful one, as both WWE and Hogan benefited from this partnership ever since. Everyone was — and likely still is — part of Hulkamania. He’s been inducted in the WWE Hall of Fame twice.

In the 1980s, the “Macho Man” Randy Savage was right up there in popularity with Hulk Hogan regarding WWE stars. Accompanied by his valet, Miss Elizabeth, Savage went from a dastardly heel to one of the most loved names in the WWF. This was heavily spawned by his title win at the conclusion of the WWE Championship tournament at WrestleMania 4.

Known as the American Dream, Dusty Rhodes was not your typical ’80s musclehead that was heavily presented in professional wrestling. Instead, he used his infectious charisma and amazing promo skills to win the crowd over, becoming one of the biggest babyfaces in NWA/WCW history and a three-time NWA World Heavyweight Champion.

Junkyard Dog was the top babyface in Mid-South throughout the early ’80s, and this drew the interest of Vince McMahon and WWF to recruit him in 1984. During his time in WWF, JYD still remained a very popular babyface, feuding with names such as Hercules, Ron Bass, “Cowboy” Bob Orton, Harley Race and Greg Valentine. Two of these names, Race and Valentine, he competed against at WrestleMania events.

The Ultimate Warrior made his WWE debut in 1987, following a pro wrestling debut with Sting in 1985 as the Freedom Fighters and later the Blade Runners. With his statement-making face paint and colorful wrestling gear & tassel boots as part of his gimmick, Ultimate Warrior went on a meteoric rise as soon as he became a part of the WWE roster.

Ricky “The Dragon” Steamboat is undoubtedly one of the best babyfaces in pro wrestling history. In an industry where wrestlers shift from good guy to bad guy frequently to refresh their character, Steamboat stayed a babyface throughout his entire in-ring career, having some of the greatest matches of all-time with Ric Flair and winning the NWA World Heavyweight Championship in 1989.

Although he revealed during my interview with him on the “Pancakes and Powerslams Show” that Vince McMahon never discussed him becoming WWE Champion, he was a part of one of the best matches in WWE history, defeated Randy Savage at “WrestleMania III” to become Intercontinental Champion in 1987.

Known as “Superfly,” Jimmy Snuka captivated the crowd each match after performing his signature Superfly splash. Snuka’s most popular moment in the WWE was his match against Don Muraco on October 17, 1983. In what has been the feature of several highlight reels over the past few decades, Snuka jumped from the top of the cage and splashed Muraco, following their match at the Madison Square Garden in which Muraco won.

Tito Santana was also among the most beloved superstars in WWE, due to spending his career as a babyface. His Strike Force tag team with Rick Martel was one of the most popular in the 1980s, and the duo was able to defeat The Hart Foundation (Bret Hart and Jim Neidhart) in January of 1987 to win the WWE World Tag Team Championships. Their reign lasted five months before losing them to Demolition at “WrestleMania IV.” As a singles competitor, Santana is a former two-time Intercontinental Champion, defeating Don Muraco in 1984 and Greg Valentine in 1985. His combined reigns total 443 days.

Capitalizing off his success as a top name for the Mid-South Wrestling promotion, Jim Duggan spent his time in the WWE as a patriotic babyface who carried a 2-by-4 and American flag. Interestingly, Duggan never won a championship of any kind during his six years with WWE starting in 1987, and his biggest achievement was winning the inaugural Royal Rumble match in 1988.

Despite this, Duggan will go down as one of the most popular babyfaces in WWE history, with his fans joining him in giving a thumbs up and chanting, “Hooo!”

Despite being one of the most hated villains when he debuted with the WWE in 1986, Jake “The Snake” Roberts became a top babyface following an altercation during his Snake Pit show with the Honky Tonk Man. During this show, HTM hit Roberts with his guitar, officially turning Roberts from the dark side and commencing a feud between the two pro wrestlers.

HTM defeated Roberts at “WrestleMania 3” but defeated him in several matches following while HTM was IC champion. However, these matches were won by either count-out or disqualification. As a result, Roberts joins Jim Duggan in a list of the most popular stars of the 1980s never to hold a title in the WWE.

This article was originally published June 18, 2019.