Bubba Wallace made history on Sunday with his win at Kansas Speedway, becoming the first Black driver to win multiple Cup Series races. The 23XI Racing driver did so in impressive fashion, leading for 58 of the final 68 laps and holding off his boss Denny Hamlin in the process.

It was a statement win in many ways for the 28-year-old Mobile, Alabama native, who last year became the first driver in nearly 58 years to win a NASCAR Cup Series race with his victory at Talladega Superspeedway. He may not be a playoff contender, but as the driver of Kurt Busch's No. 45 Toyota following Busch's unceremonious exit from the playoffs due to injury, Wallace is showing that he's still got plenty more to prove in 2022.

1. He's More Than Just a Fluke 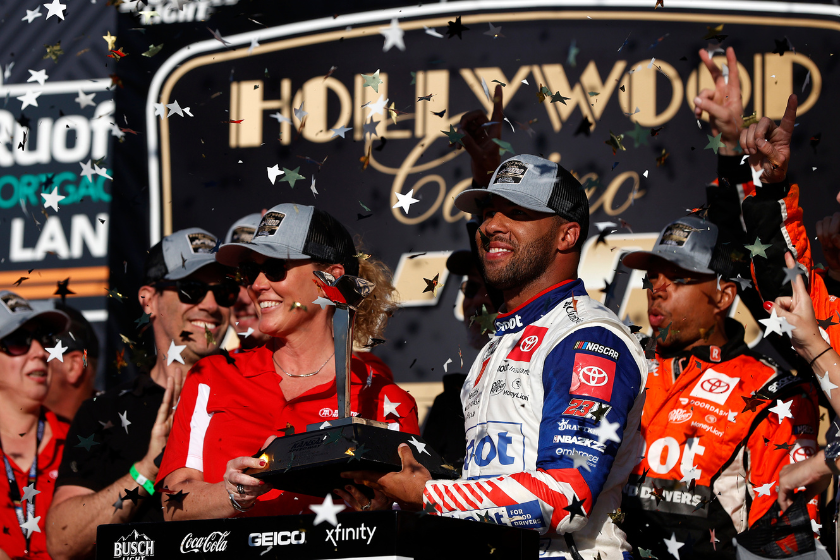 Bubba's win at Talladega last year came with a lot of caveats. It was during a rain delay. It was at a superspeedway, where the tight style of racing creates an anyone-can-win environment. But, last Sunday, the skies were clear and the track was intermediate, meaning Wallace got the job done without any special circumstances while showing off his clear talent behind the wheel.

"To win it in this fashion, it's definitely really cool," Wallace said. "We're talked about when we go to the speedways [of Daytona and Talladega] and kind of not so much the rest of the tracks, so I want to start changing that."

"We've been able to show up these last two months or so, all different types of racetracks, and be talked about. That's cool. It's a step in the right direction."

Wallace, whose masterful final green-flag pit stop was a clear display of the driver's talent, approached Kansas with a composed and patient mindset. Clearly showing his growing maturity as a driver, Wallace credited this approach as the driving force behind his big win.

"I haven't won a race like that in a really long time, but just knowing getting excited is going to mess you up, so I was just cool, calm and collected," Wallace said. "And here we are."

2. He's Competing for a Championship 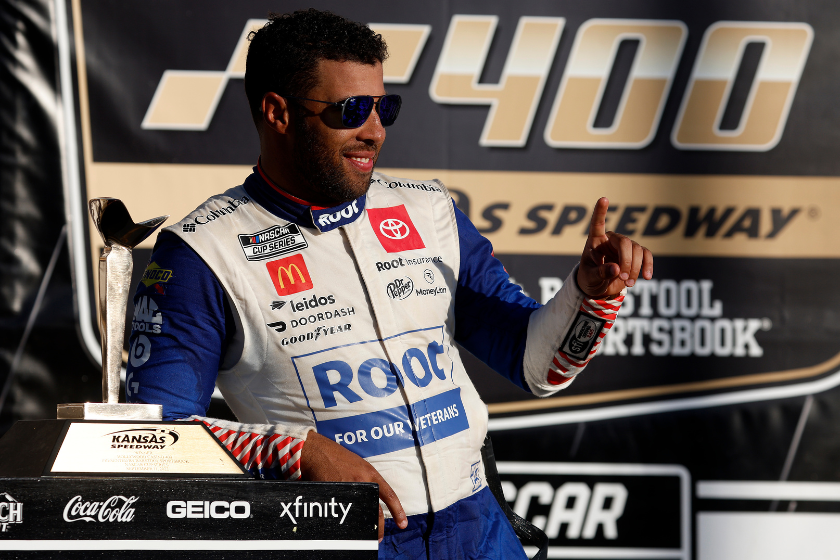 Bubba didn't make the playoff cut, so a driver's championship is obviously out of the question. But, he's still competing for another title, albeit a less-hyped one: the owner's championship. Let's briefly breakdown the scenario.

Kurt Busch's win at Kansas back in May put the No. 45 team in the owner's playoffs. Busch has been out of commission since late July due to concussion-like injuries sustained during qualifying of the Pocono race. After Busch announced he would not be competing in the playoffs this year, Wallace was moved from the No. 23 to the No. 45 car, meaning that he gets to compete for the owner's championship on behalf of 23XI Racing. His win at Kansas advanced the No. 45 team to the second round of the owner's playoffs.

Now, for all intents and purposes, the driver's championship is considered to be the real prize of the NASCAR Cup Series season. But, the owner's title does come with major financial implications, because the owner's points standings play a large part in determining how much money each team gets at the end of the season. In other words, the further the No. 45 car advances into the playoffs, the more money that 23XI Racing will ultimately earn.

So, while Bubba isn't racing for the same glory and accolades as the rest of the playoff field, his continued progression in the owner's points standings will make 23XI Racing co-owners Michael Jordan and Denny Hamlin two very happy campers. 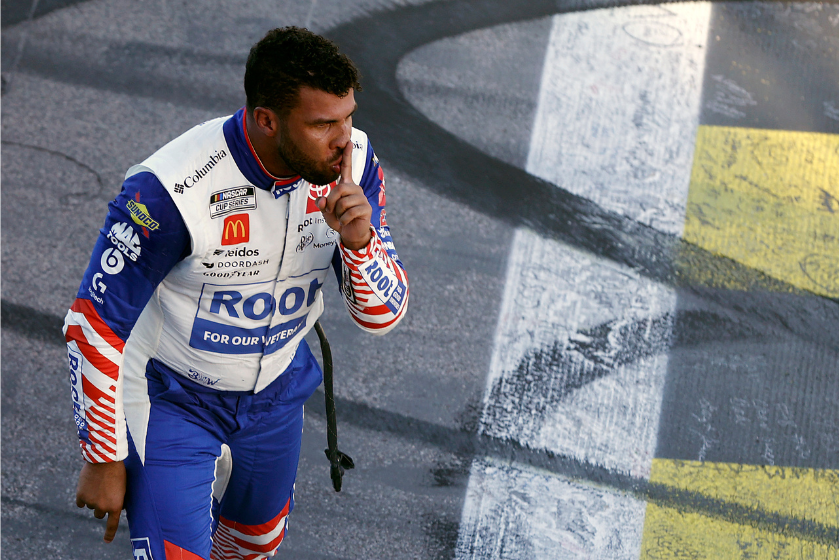 After taking the checkered flag at Kansas, Bubba Wallace posed an important question to his spotter Freddie Kraft.

By "they," Wallace meant his legion of haters, which has grown in recent years following NASCAR's removal of the Confederate flag from all events in 2020 (a move that Wallace was a driving force of) and Wallace's noose controversy at Talladega, which many fans claimed was manufactured for publicity.

As he got out of his car on pit road post-Kansas victory, Wallace looked directly into the camera and putting his a finger to his lips in a shushing motion, making it clear that he was looking to silence his haters with his win at the Hollywood Casino 400.

Despite his open defiance of the naysayers, Wallace also took his post-race interview opportunity to thank his supporters as well as his team at 23XI Racing, showing that he's not being motivated by pure spite.

"Man, just so proud of this team, so proud of the effort they put in each and every week," Wallace said. "Just thankful for the opportunity. I took this jump for an idea two years ago from a text from Denny before it all even happened -- he was ready to get the deal done."

"I appreciate him. Appreciate MJ [Michael Jordan], Curtis [Polk]...everybody on that side of things; everybody at 23XI. The men and women there -- they work their tails off. Just so proud. The pit crew was awesome today; we had one loose wheel. Just thankful; thankful for the opportunity; thankful to shut the hell up for a lot of people."

MORE: Bubba Wallace on Kurt Busch's Tough Playoff Decision: "I Hate It for Him"