Kurt Busch has been in the NASCAR world since 1997. To put that into context, Bubba Wallace, Busch's teammate at 23XI Racing, was only four years old when Busch was getting started in the sport. Calling Kurt a seasoned vet is almost an understatement, as he's been involved in the sport's highest level for over half of his life.

Now, Kurt may not be in the headlines as much as his younger brother Kyle Busch, but you could definitely argue that he paved the way for little bro and his two NASCAR championships. Not to mention, with one Cup Series championship under his belt, Kurt is no slouch on the track by the any means.

Over the years, Kurt has seen plenty of changes in the sport of professional auto racing, and has definitely experienced his ups and downs along the way. Even still, as currently the longest-tenured active driver in the NASCAR Cup Series, Kurt Busch has established himself as one of NASCAR's wealthiest racers. Here, we'll look at the veteran NASCAR driver's racing career, and take a look at how he eventually amassed his massive net worth. 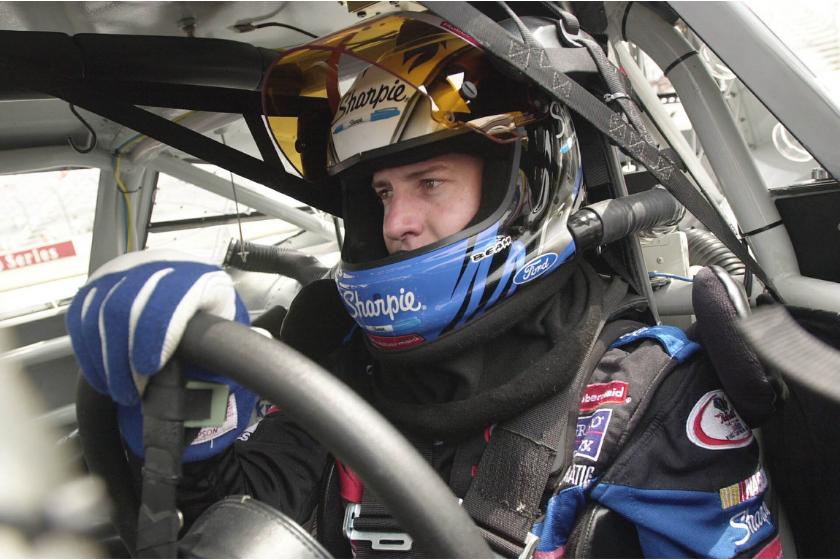 Kurt Thomas Busch was born on August 4, 1978 in Las Vegas, Nevada. The son of Tom and Gaye Busch, he got his start racing go-karts at the age of six. By the time he was 14, Kurt moved on to dwarf car racing. In 1997, he got the opportunity to replace injured driver Chris Trickle in the Star Nursery No. 70 team, and his career pretty much took off after that. Busch won the 1998 Auto Zone Elite Division Southwest Series Rookie of the Year, and won the series championship the very next year.

In 2004, after several years of grinding it out on the track, Kurt Busch won the inaugural NASCAR Nextel Cup Championship under the new "Chase for the Championship" format. During that season, he earned 10 top-five finishes and 21 top-10s, with two wins at New Hampshire and one at Bristol.

Busch left Roush following the 2005 season, and from 2006 to 2011, he raced for Penske Racing (now Team Penske). In the years that followed, Busch would compete for Phoenix Racing, Furniture Row Racing, Stewart-Haas Racing, and Chip Ganassi Racing. In 2022, Busch drove the No. 45 Toyota for 23XI Racing.

After crashing his No. 45 Toyota during qualifying for the July Pocono race, the 44-year-old Busch sustained serious head injuries, which subsequently ended his 2022 season with 23XI Racing. In a statement released on October 15, Busch announced that he would be stepping away from full-time racing in 2023.

"I know I am not 100% in my ability to go out and race at the top level in the NASCAR Cup Series," Busch said. "These are the best of the best drivers, and lately, I haven't felt my best. My long-term health is priority number one and I don't feel committing at this point to compete for a championship next year is in my best interest or the best interest of the team."

Busch added, "I will get back to 100 percent, I promise. If I'm cleared, maybe you'll see me at a few select races [next season]." 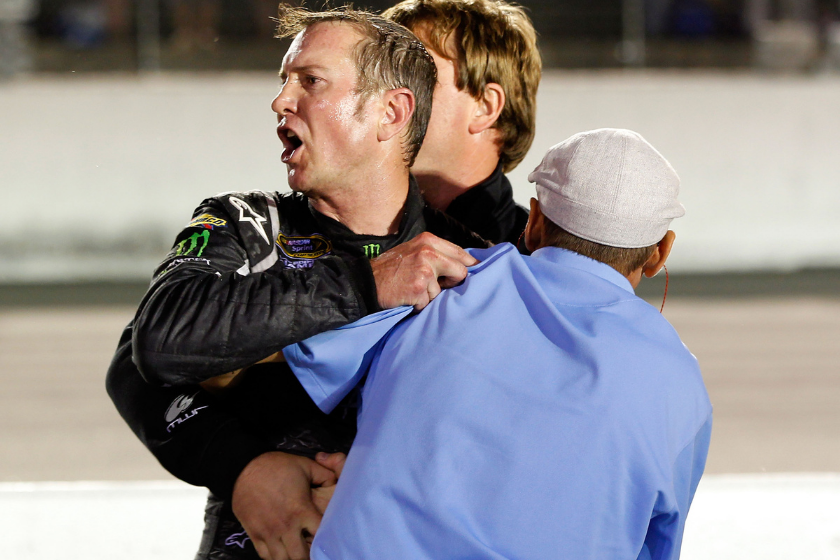 Over the course of his career, Kurt Busch feuded with a number of fellow drivers for one reason or another. Greg Biffle, Brad Keselowski, Jimmie Johnson, Kevin Harvick, and Tony Stewart are just a few of the drivers who Busch has had beef with.

In fact, in 2006, the racer was ranked number 3 on GQ Magazine's list of the Top 10 Most Hated Athletes, right behind Barry Bonds and Terrell Owens.

Kurt even famously feuded with his own brother after they crashed during the 2007 Nextel All-Star Challenge. They didn't speak to each other for six months, but thanks to some encouragement from their grandma during Thanksgiving that year, the two finally made up.

Busch has also been known to mix it up with members of the NASCAR media a time or two, having infamous altercations with Bob Pockrass, Dr. Jerry Punch, Jamie Little, and Jenna Fryer.

On top of his confrontations on pit road and the NASCAR media center, Kurt Busch has also gotten caught up in some non-NASCAR-related controversy.

On February 20, 2015, Busch became the first driver suspended for allegations of domestic violence under NASCAR rules, following an investigation into claims that he assaulted his ex-girlfriend Patricia Driscoll by slamming her head against a wall in a motor home at Dover International Speedway. Despite a lack of evidence, he served a month-long suspension. In September 2019, Driscoll was sentenced to 12 months and one day in federal prison for fraud and tax evasion, though this decision was reversed in January 2021.

Kurt Busch's Net Worth and Life Outside of Racing 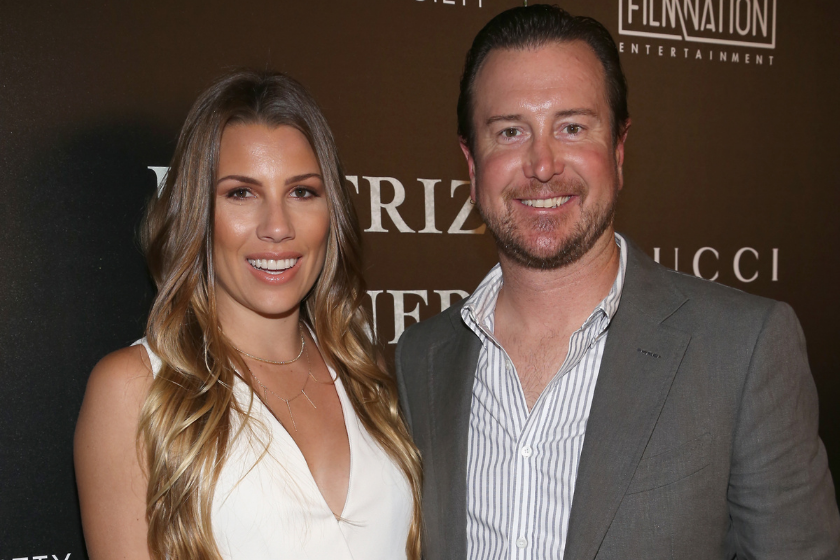 According to Celebrity Net Worth, Kurt Busch has an estimated net worth of $70 million, which he has mostly amassed through winnings, salary, endorsements, and licensing deals. In 2022, Busch has a $7.5 million salary and is sponsored by Monster Energy, McDonald's, SiriusXM, MoneyLion, and Jordan Brand.

In 2013, the race car driver bought a nearly $4 million mansion in Mooresville, North Carolina, right next to the beautiful Lake Norman. Featured on CMT Cribs and nicknamed the "Chateau de Busch," the 9,500 square-foot home has 4 bedrooms, 5.5 bathrooms, a massive garage, and a trophy room that also houses a pure gold replica of Busch's championship car.

Years later, Busch put his Mooresville home up for sale, ending an era, but starting a new one with his second wife, polo player Ashley Van Metre (his ex-wife is Eva Bryan, whom he quietly divorced in 2011). Ashley and Kurt were married on January 7, 2017.

In 2019, the couple starred on the CMT reality show Racing Wives, alongside brother Kyle Busch and his wife Samantha.

On May 9, 2022, Ashley Busch officially filed for divorce from Kurt, claiming that the marriage was "irretrievably broken" and alleging that the 23XI Racing driver committed an unspecified "tortious act."