We'll just come right out and say it: A lot of NASCAR fans love to hate Kyle Busch. He's definitely not afraid to speak his mind or to rub people the wrong way, and his brashness manifests itself both on and off the track. "Controversial" would probably be the best family-friendly word to describe him.

Love him or hate, the stone cold fact is that the Las Vegas, Nevada native (and little brother of Kurt Busch) happens to make a lot of cold, hard American cash. We're talking massive amounts of dough. We're talking mega bucks. You feel that? That's you, slowly turning green from envy.

Maybe just merely seeing Kyle Busch's net worth alone will be enough to get you going, but here we'll also look at where exactly all of the renowned racer's money comes from.

Kyle Busch Is One of NASCAR's Winningest Drivers 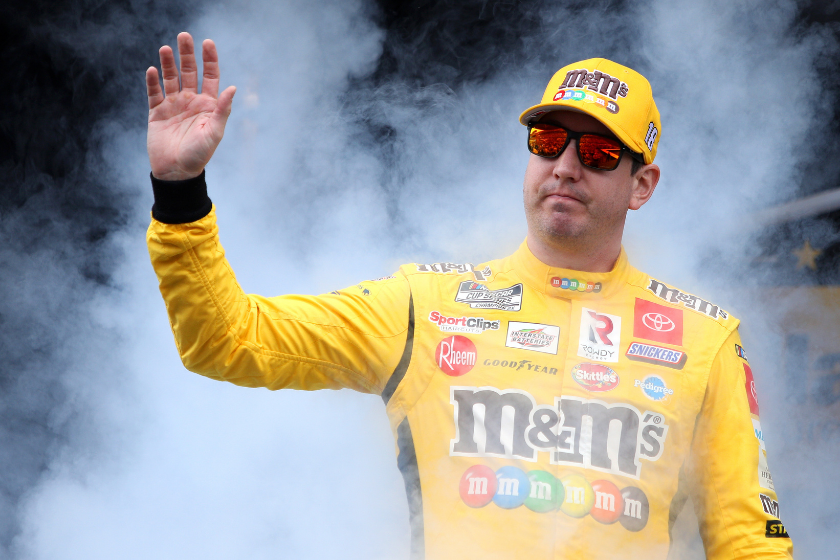 Just look at his career achievements, and you'll see why Kyle is one of the highest-paid drivers in stock car racing. Beginning his NASCAR driving career in 2003, Busch is one of only five drivers who have won a championship in both the Xfinity Series and the NASCAR Sprint Cup Series.

In 2005, driving full-time for Hendrick Motorsports, he became the 14th driver to win a race in each of NASCAR's three national series. Granted, 14 have come after him, but it's an impressive record, nonetheless.

Not to mention that Busch also has 21 NASCAR wins at Bristol and is the first race car driver in the Monster Energy Cup Series to win on every track he's raced on.

More recently, he's been trying to rack up more big wins. He had one win in 2020 -- at the playoff race at Texas Motor Speedway -- which bumped him to 8th place in the final points standings.

His notable 2021 moments include winning the Buschy McBusch Race 400 at Kansas Speedway. He was the second driver after Cale Yarborough to win a race on his birthday not once, but twice. He also won the Cup race at Pocono and ultimately placed ninth in the Cup standings.

Hate him or love him, but you can't argue with Rowdy's exceptional racing résumé.

He Gets Paid the Big Bucks 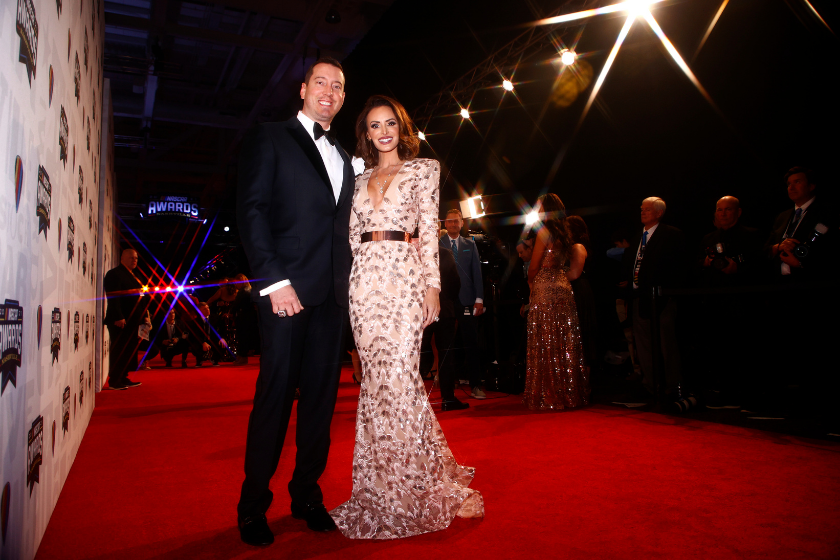 In 2017, Busch made $1.6 million in endorsements and licensing. With personal sponsorship deals with Monster Energy and Electric Visual, Busch also sold the fourth-most merchandise among NASCAR drivers in 2017.

He then pulled in around $16 million, just between June 2018 and June 2019. Add in merch and endorsement contracts with Monster Energy and Electric Visual, and he pulled in a cool $17.8 million total for the whole of 2019. Granted, 2020 was a bit of a rocky road for all of us, but just before the pandemic hit, Forbes magazine named him the highest-paid NASCAR driver for 2020. That puts Busch ahead of Denny Hamlin, Jimmie Johnson, Kevin Harvick, and Martin Truex Jr. as NASCAR's highest-paid driver.

All told, Celebrity Net Worth estimates Rowdy's fortune to be around $80 million. Not bad for a stock car racing driver.

See, we told you Kyle Busch was loaded. But, the NASCAR great's ridiculous net worth doesn't keep him from giving back. In 2006, Busch started The Kyle Busch Foundation, which helps to give back to children in need. Working alongside Pedigree, Busch also established the Kyle's Miles program in 2008, helping dogs in shelters. He's also made sizable donations to the American Red Cross for hurricane disaster relief.

Along with wife Samantha Sarcinella and son Brexton Locke Busch, Kyle is based at their Mooresville, North Carolina homestead. Together, the family joins forces in philanthropic efforts by working with the Kyle Busch Foundation as well as a subsidiary of the foundation known as the Kyle and Samantha Busch Bundle of Joy Fund, which assists families who are struggling with infertility.

It does make it just a little bit harder to hate Kyle knowing how much he and his family give back to the community. 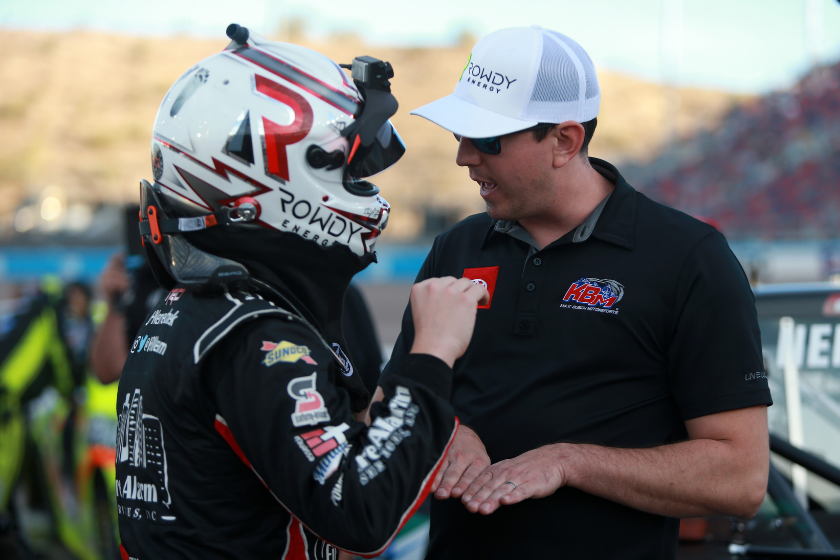 As far as other money-making ventures are concerned, Busch is also the team owner of Kyle Busch Motorsports, which became the first Camping World Truck Series team to win the owners' championship in its first year after racking up eight wins, 16 top-5 finishes, and 21 top-10 finishes in 2010. Kyle Busch has said that it costs around $3.2 million to run a full-season team, but considering his team's successes, he's likely seeing that money back and then some.

Both Busch brothers and their wives participated in the first season of CMT Network's Racing Wives reality show through 2019. In January 2020, Busch also launched his own energy drink called Rowdy Energy.

Busch may invest most of his time and money into car racing, but he also made his big-screen debut in the 2017 movie Logan Lucky as a West Virginia state trooper.

Rowdy has had his own run-ins with the law for speeding, so we're sure the irony of his cameo role was not entirely lost on him. After all, his nickname "Rowdy" comes from the Days of Thunder character.

Considering that he is one of the richest race car drivers in the United States though, we're guessing that Kyle is able to laugh at himself from time to time.