Sometimes, in the performance automotive world, you'll hear the word "Shelby." Perhaps you've heard of the Shelby Cobra or the Shelby GT350. The term is thrown about like any other trim name or identifying edition moniker.

But, unlike other descriptive terms for performance cars, "Shelby" specifically refers to the work of motorsports guru Carroll Shelby. Most recently, in 2019, you might have heard the name in reference to the character played by Matt Damon in James Mangold's film Ford v Ferrari, which highlighted the friendship between Carroll Shelby and fellow racer Ken Miles. Or maybe you've heard the legend of his $40 million legacy.

Regardless of where you've heard about Mr. Shelby, his contributions to the world of sports cars and racers alike are admirable.

Who Is Carroll Shelby? 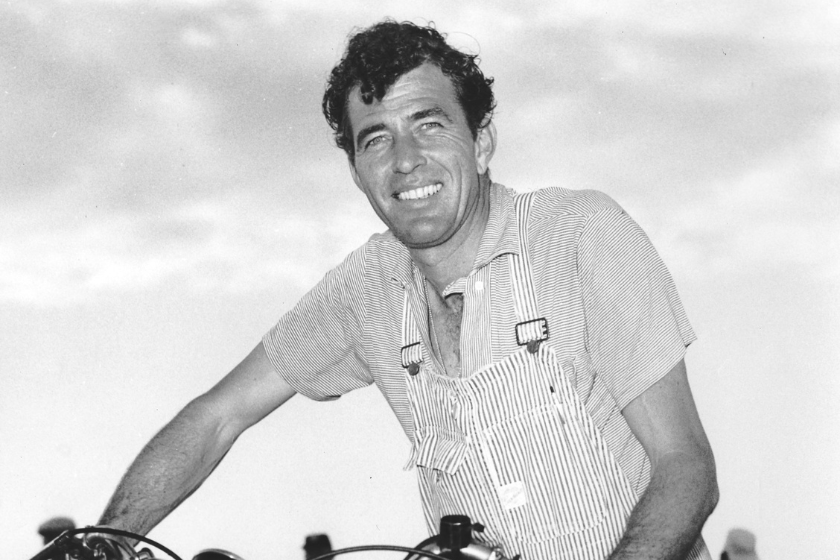 Carroll Hall Shelby was born on January 11, 1923 in Leesburg, Texas. At the young age of seven, Carroll Shelby was diagnosed with leakage surrounding his heart valves. Nevertheless, Shelby was interested in speed and performance from a young age, and following the family's move to Dallas, Texas, he would ride his bicycle to the dirt tracks to watch races whenever he could. He learned a few things about vehicle maintenance and started working on the family Ford at age 15 before moving on to his own Willys.

After graduating from Woodrow Wilson High School, Carroll Shelby put his fascination with airplanes and speed to the test, enlisting with the United States Army Air Corps and training to become a flight instructor and test pilot. Throughout World War II, he stayed within the United States, and married his first wife, Jeanne Fields, with whom he had three children.

Following V-J Day, Shelby was discharged, and tried out a few different careers, including dump truck driving and chicken farming. Like many careers, things started out fine, but before long, Shelby's chicken farm was wiped out by disease, and he was facing bankruptcy.

This is the story of how that bankrupt chicken farmer became a millionaire. 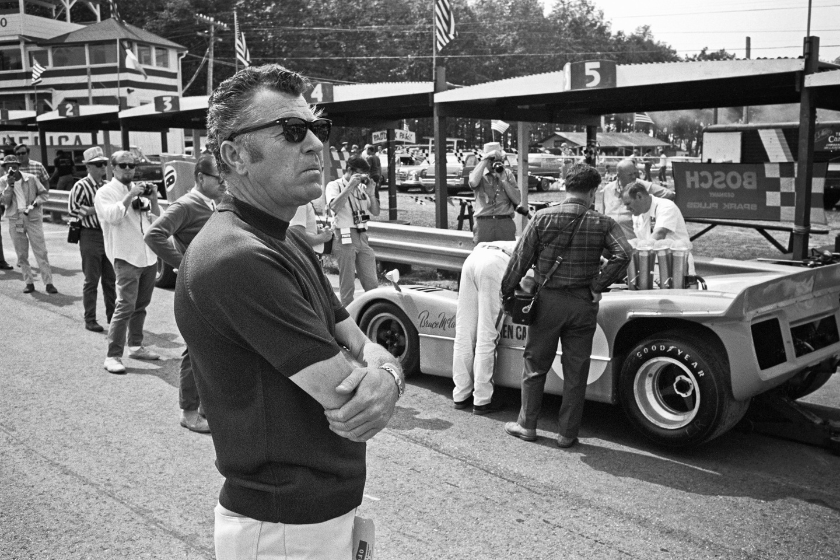 Up to this point, the story of Carroll Hall Shelby is interesting, but has had little-to-no impact on the world of motorsports. That was all about to change in January 1952.

Shelby's first known race was a quarter-mile drag meet in which he piloted a home-grown hot rod sporting a Ford flathead V8. His first official race found him behind the wheel of his friend's MG TC. Then, it was a Cadillac-Allards on an early SCCA course.

With a handful of significant wins under his belt, Shelby found himself flying from drag racing to the big time. His driving at the Mil Kilometros de la Ciudad de Buenos Aires race caught the attention of John Wyer, the manager of the Aston-Martin racing team, who invited him to drive the team's DBR3 at Sebring. Despite the DBR3 suffering a broken axle at Sebring, Shelby was invited to Europe to continue driving with the team. Shelby competed at Le Mans and Aintree, and was personally invited by Donald Healy of Austin-Healy to spend time setting Class D national speed records in Utah.

In November 1954, just a few years after his racing career began, Shelby suffered a crash while racing in the Carrera Pan Americana Mexico. His shattered elbow required multiple surgeries to repair, but Shelby continued driving in a specially-made fiberglass cast, even coming in second in a Ferrari Monza at Sebring in 1955.

Shelby then raced Ferraris, Aston-Martins, and Maserati throughout Europe for several years, earning Sports Illustrated's "Driver of the Year" title in 1956 and 1957. He won the 1959 24 Hours of Le Mans, and finished his racing career that year with the Los Angeles Times Grand Prix.

The Amazing Story of Carroll Shelby's Net Worth 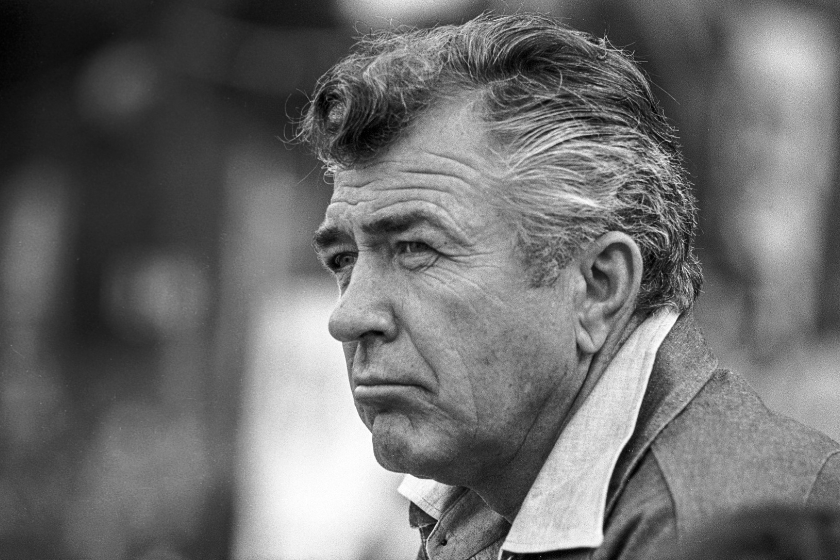 Again, this is an incredible story, but there's nothing here that screams "net worth of $40 million." So, here's the best part, if you're into high-performance vehicles.

A little insight into the man's personal life gives us a lot of insight into his later role as an American automotive designer. As you may remember, Carroll Shelby was diagnosed with a heart condition when he was younger. Given the stresses of driving a race car, he retired in 1960. He moved to California, divorced his first wife, and with his buddy Pete Brock, opened the Shelby School of High Performance Driving at the Riverside race track.

You see, Carroll Shelby had learned something from his time in Europe. He had studied the concepts used by European automobile manufacturers, and learned what it takes to make a truly high-performance automobile. He strongly felt that Americans were devoid of an entire market of vehicles, the "all-purpose, all-American sports or grand touring car that you could drive to market and also race during the weekend."

It started with the "Carroll Shelby Experimental," or CSX0001, which was later marketed as the Shelby AC Cobra. This innovative vehicle was the child of an AC Ace chassis and a 260 cubic -nch V8 engine from Ford Motor Company, both of which Shelby obtained by sweet talking the manufacturers. Charles Hurlock of AC and Dave Evans of Ford supplied their portion on credit, and it paid off: production began in March 1962, and by April of the following year, 100 Shelby Cobras existed.

Of course, Shelby had to try out his invention, and given his track prowess, he quickly diagnosed what changes needed to be made to make his creation more competitive on the track. The result of his tinkering was the Shelby Daytona Coupe, which swept the GT classes in 1964 and 1965.

This, in turn, led to Shelby's highly successful involvement with the Ford GT racing program. Shelby American provided just the right formula for combining speed, lightness, and quick response, and in 1965, the Shelby GT350 was born, followed shortly by the Shelby GT500. Based on the Ford Mustang, these vehicles combined track performance and road-ready reliability, as per Carroll Shelby's vision. The Ford Shelby Mustang became the gold standard for vehicles that could spit out lightning-fast quarter mile times and pick up a load of groceries on the way home from the track.

In fact, Ford Shelby collaborations were the roadster to drive in the late 1960s, sweeping up race titles and victories around the globe. With sales and interest waning, the two parties went separate ways in 1970.

In 2004, Carroll Shelby again partnered with Ford Motor Company to introduce a new generation of supercar-influenced vehicles, including the Ford Shelby Cobra Concept, Ford Shelby GR-1, and Shelby GT500. Though he wasn't as hands-on with this generation, he provided guidance and input on the design, from transmission to engine choices and wheel width. 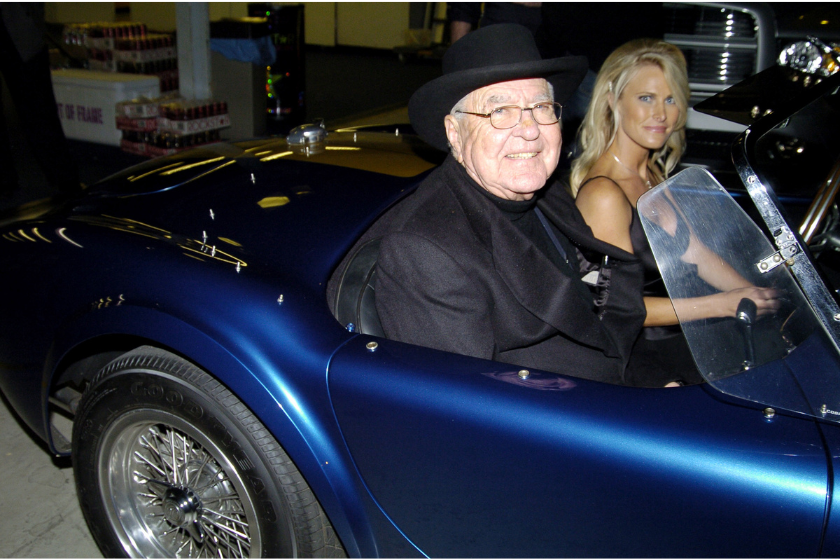 Carroll Shelby didn't just grace the Ford marque with his name. In 1982, at the request of Chrysler Corporation chairman Lee Iacocca, he began a partnership with Dodge. Iacocca had been the driving force behind Shelby's partnership with Ford, which made the partnership more of a reunion.

The influence of Carroll Shelby can be seen on vehicles like the Shelby Charger produced in 1983 and 1984, Dodge Daytona Shelby Z, and the Shelby CSX, to name a few notable models. He also served as "Performance Consultant" in the development of the Dodge Viper.

Shelby also designed a model known as the Series 1 for Oldsmobile; however, the vehicle was never fully produced as intended. Venture Corporation purchased Shelby-American in 1999, when the first Series 1s were being produced, then promptly went bankrupt. Shelby's new company, Shelby Automobiles, Inc., was sure to purchase the rights to the Series 1 in 2004, but the cost of renewing the safety certifications of the vehicle was too high, and Oldsmobile was no longer producing vehicles, anyway.

Though Carroll Shelby passed away on May 10, 2012, his name continues to ride on today's high-performance, road-legal vehicles. Whether it's a classic Shelby Mustang or the 2021 Mustang Shelby GT500, there's something special about the name. Perhaps it's knowing that the man behind the legend once raced in the same striped coveralls he worn when tending to his chickens. Perhaps it's the level of daring only a wartime test pilot can offer. Regardless, Carroll Shelby has placed an indelible mark on the American automotive world.