Charles "Red" Farmer is cut from a different cloth. The NASCAR Hall of Famer is 90 years old, and for 75 of those years, he's been racing cars. The Hueytown, Alabama resident really has nothing left to prove behind the wheel of a stock car, as the winner of hundreds of races over the course of his career and a member of several halls of fame. Yet, after all this time, Red still has the itch to compete. And, he's not about to let a bout of double pneumonia keep him from doing what he loves.

"I've been at UAB Hospital for over a week battling double pneumonia," Farmer told WVTM13 on December 12. "I beat COVID-19 and double pneumonia a few months ago. I don't have COVID this time around, but the pneumonia got me again."

Despite his current health struggles, Farmer is fighting to get back on the track for the Ice Bowl at the Talladega short track.

"I need to get out of the hospital and prepare for the Ice Bowl at Talladega," Farmer said. "The Ice Bowl in January will start my 75th year in racing." 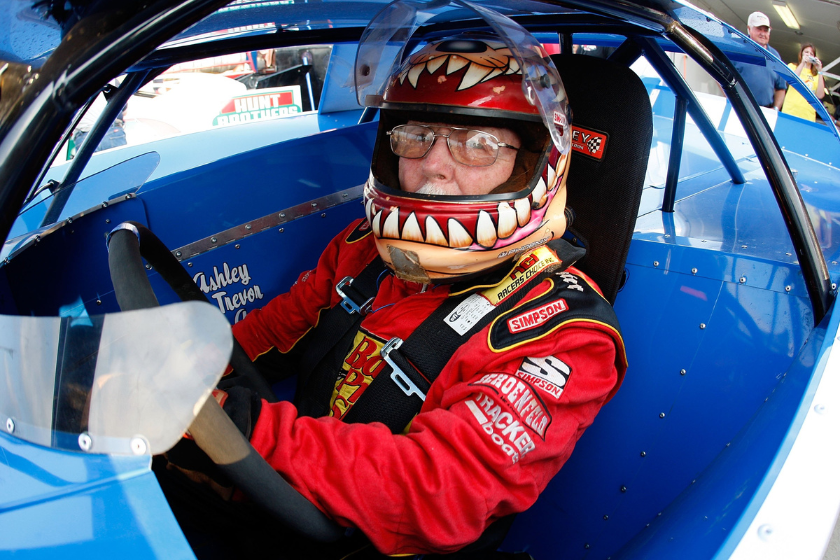 While Red Farmer started racing in the late 1940s, he's most famous as a member of the Alabama Gang, the nickname for the group of NASCAR drivers who were based out of Hueytown, Alabama beginning in the late '50s. Farmer was part of the original trio, consisting of himself, Bobby Allison, and Donnie Allison. Throughout the '70s, drivers such as Neil Bonnett, David Bonnett, Jimmy Means, and Davey Allison (Bobby's son) eventually joined the crew. On July 12, 1993, Farmer was a passenger with Davey Allison in the helicopter that crashed at Talladega Superspeedway. Farmer suffered a broken collarbone and fractured ribs in the crash, while Allison tragically died. He was 32.

But, all of those accolades are part of Farmer's past, and even after all these years, the racing legend still has his sights set on the future.

"Racing is what drives me," Farmer said. "I'll see you at the track."