Neil Bonnett's career as a race car driver spanned 362 races over 18 years. He experienced amazing success in those years, and may have gone on to even greater accomplishments. Unfortunately, Bonnett's life was cut tragically short during a practice round for the 1994 Daytona 500. 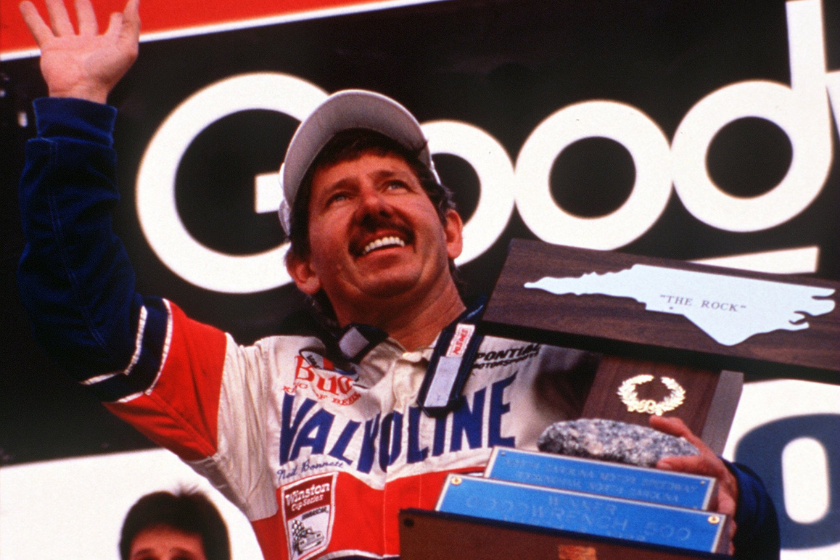 Lawrence Neil Bonnett was born July 30, 1946 in Hueytown, Alabama, a suburb of Birmingham.

His first step into the NASCAR world was through working on Bobby Allison's cars as a sort of apprentice, hitting the local short tracks to get his feet wet. This gave him a direct path into the Alabama Gang, a group of drivers from the state that included Bobby Allison, his brother Donnie Allison, Red Farmer, and eventually Bobby's son Davey Allison.

Neil Bonnett made his debut as a NASCAR driver in 1974 at the Nashville 420, a Winston Cup Series stock car race held at Fairgrounds Speedway. His first victory came at the 1977 Capital City 400 at Richmond Raceway in Virginia. He also won the Los Angeles Times 500 that same year, which interestingly enough would be the last time a Dodge race car won a NASCAR race until 2001. 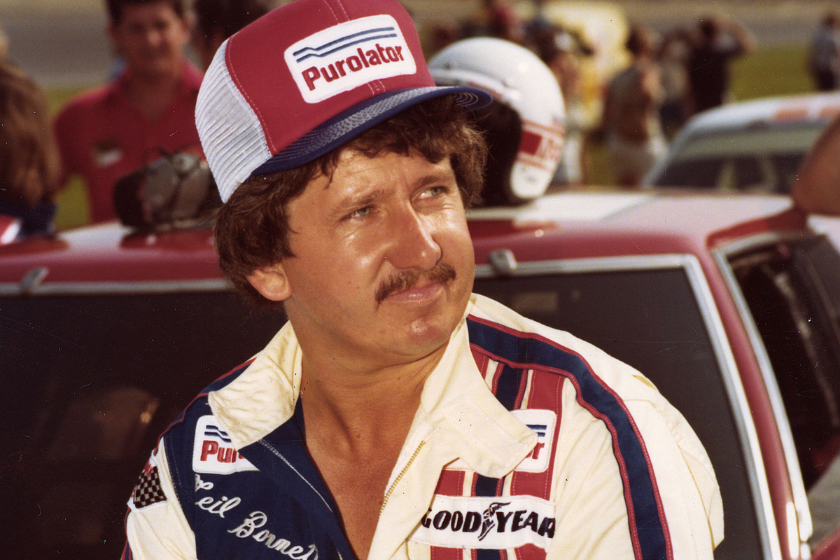 In 1984, Bonnett joined Junior Johnson's racing team, alongside Darrell Waltrip, who raced his way to his third NASCAR championship. Bonnett finished fourth in the standings that year.

Neil Bonnett seemed to be born for motorsports. He participated in the International Race of Champions (IROC) three times, and came in second place, twice. He also won the first NASCAR race held outside of the United States: The 1988 Goodyear NASCAR 500, held at the Calder Park Thunderdome in Melbourne, Australia. 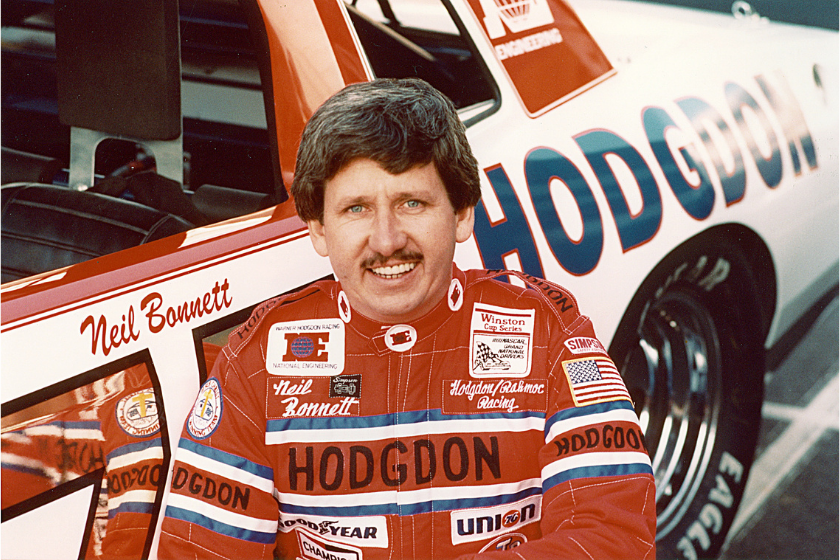 Neil Bonnett began driving the No. 21 car for the Wood Brothers team in 1990. Racing in the Transouth 500 in Darlington, Bonnett was involved in a 14-car crash. Ken Schrader and Ernie Irvan were both making a bid behind the leading racers, and Bonnett's car ended up colliding with Sterling Marlin's race car on lap 212.

Bonnett was lucky to survive this crash, though his head injuries were so extensive, he was left with severe amnesia. He was unable to recognize his wife and family for several months, and his medical team recommended he retire from racing.

Unable to leave the sport behind entirely, Neil Bonnett instead became a popular color commentator for motorsport broadcasts on CBS, TBS, and TNN, and even hosted the television show Winners on TNN.

Despite immersing himself in all things racing, Bonnett missed racing. His buddies Dale Earnhardt and car owner Richard Childress opened up opportunities to test cars. He was officially cleared for racing by his medical team in 1993, piloting the No. 31 GM Goodwrench car in the DieHard 500 at Talladega Superspeedway. Unfortunately, he suffered an airborne crash into the spectator fence and failed to finish the race. Instead, he headed in-field and provided commentary for the live CBS broadcast for the remainder of the race.

Bonnett's final NASCAR Winston Cup race start came in Atlanta. As Dale Earnhardt's teammate, Bonnett bowed out of the race after just three laps, citing a blown engine. Many race experts speculate that he dropped out instead to boost Earnhardt's chances of winning the championship for the year. 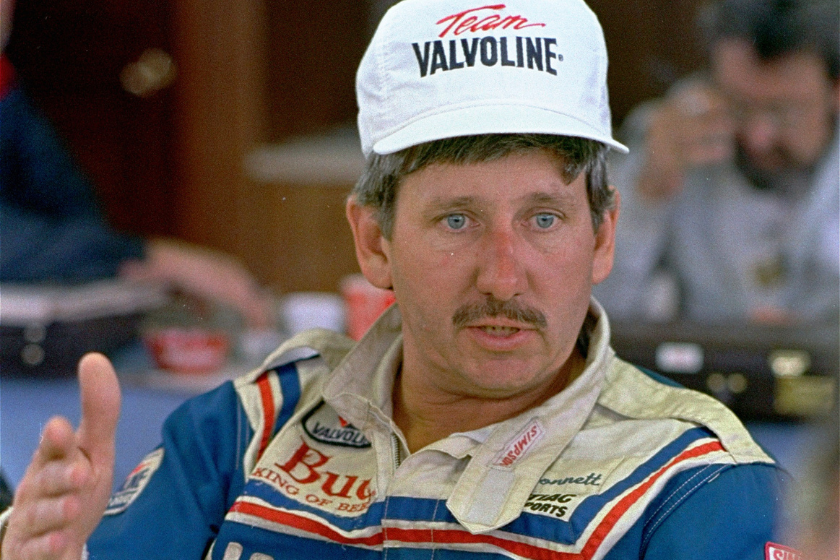 1994 was bound to be Neil Bonnett's year in auto racing. He was signed to drive James Finch's No. 51 Chevrolet for Phoenix Racing and had secured Country Time Lemonade as a sponsor.

The team was gearing up for the first Cup race of the season in Daytona Beach, Florida when Neil Bonnett lost his life in a fluke crash. Post-crash reports indicate that a shock mount broke as he headed into the high-banked fourth turn at Daytona International Speedway. To add to the tragedy, Rodney Orr was killed in a separate crash at Daytona that same weekend.

Though his success is often overshadowed by the tragedy surrounding his death, Neil Bonnett was known as a talented driver whose career ended far too soon. He was named one of NASCAR's greatest drivers in 1998, and was posthumously inducted into the National Motorsports Press Association Hall of Fame, the International Motorsports Hall of Fame, and the Motorsports Hall of Fame of America. He is frequently honored as an influential driver in the sport of stock-car racing, as well, living on in the memories of NASCAR fans forever.