Here’s What Chase Briscoe, Ryan Blaney, and Kyle Larson Had to Say After NASCAR’s Phoenix Race 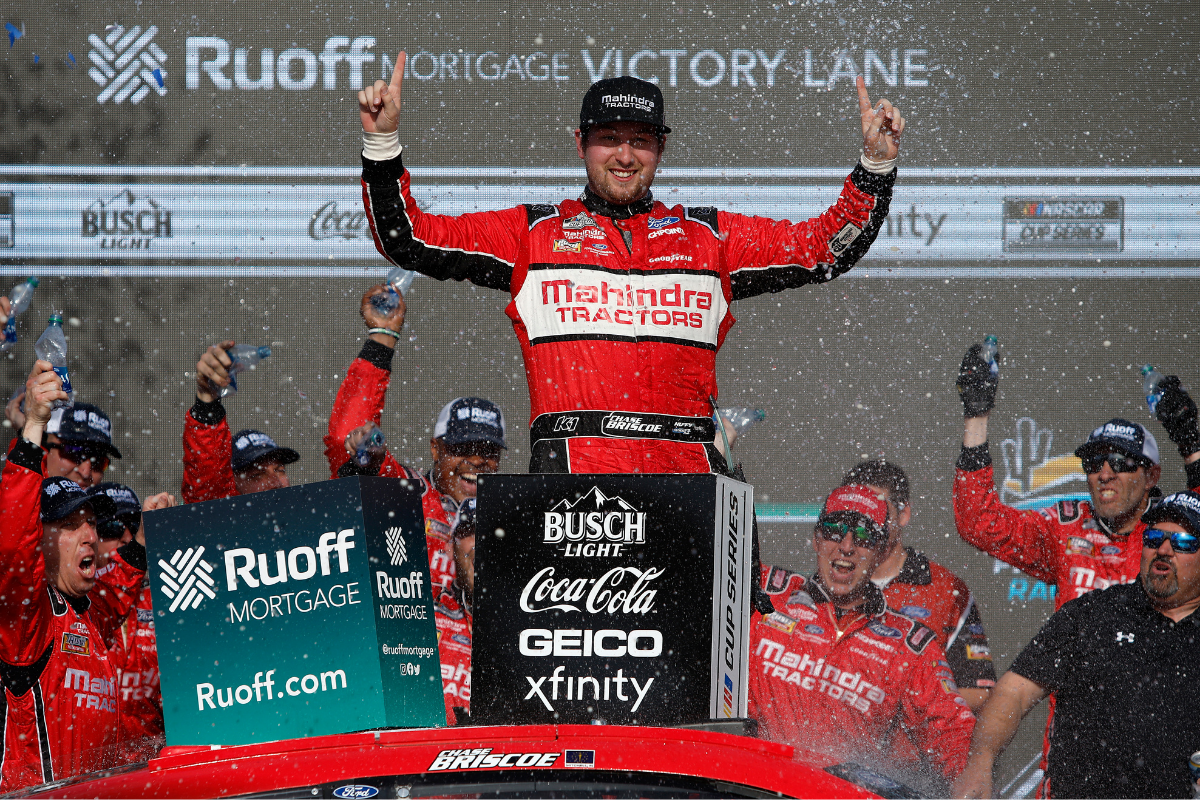 Chase Briscoe saw his opportunity and took it during the final laps of Sunday’s NASCAR Cup Series race at Phoenix Raceway.

On a restart with three laps to go in the Ruoff Mortgage 500, the driver of the No. 14 Ford for Stewart-Haas Racing executed a low-block maneuver, fending off Ross Chastain and Tyler Reddick and earning his first Cup Series victory.

From going to thinking that he would “never in a million years” run a single Truck race to now being one of 38 NASCAR drivers to win in all three divisions, the 27-year-old Mitchell, Indiana native was understandably emotional as he celebrated in Victory Lane.

“It’s unbelievable. I was crying the whole last lap,” Briscoe said during his post-race interview.

“This is definitely a team win. I’ve got to thank everybody that’s gotten me to this point. Seven years ago, I was sleeping on couches, volunteering at race shops and was literally driving home to give up.”

“[It’s] definitely special, and one that’s going to be remembered forever.”

"It's unbelievable. I was crying the whole last lap."- @ChaseBriscoe_14 pic.twitter.com/35oe6LpHWS

Ryan Blaney was happy to see Briscoe get his first win, but the driver of the No. 12 Ford for Team Penske was so close to victory throughout the entire race, he could almost taste it. The Stage 2 winner and leader for a race-high 143 laps, Blaney was in contention for first throughout the race.

He ultimately settled for fourth place.

“I lost the lead there on pit road and just could never get back,” explained Blaney during his post-race interview. “I don’t know. I just didn’t have quite the speed and was kind of too tight. I could drive up through the field and make good spots and nobody could really do that. You would just get really tight behind people.”

“Not a bad day. A good recovery from last week. We had a fast car, just a shame we couldn’t contend more for the win. It is cool to see Briscoe get his first win and we will go on to next week.”

Coming off a first-place finish at Auto Club Speedway and a second-place finish at Las Vegas Motor Speedway, Kyle Larson was hoping to ride that momentum into another positive performance. Unfortunately, it was not his day in Avondale, and he placed 34th.

“I felt it four or five laps before, well it was just getting worse,” Larson said during his post-race interview. “Hate that. Our Valvoline Chevy was pretty good. I thought that we were a fourth- or fifth-place car. Just was just hoping to be a little better than that. I know they’ll address the issue that seems like we have had the last couple of weeks with some of the engines.”

“We’ll come back strong and reliable. The good thing is we have fast cars, fast engines and great drivers driving these Chevys, so we’ll get some more wins here.”