Here’s What Kyle Busch, Alex Bowman, and Denny Hamlin Had to Say After NASCAR’s Vegas Race 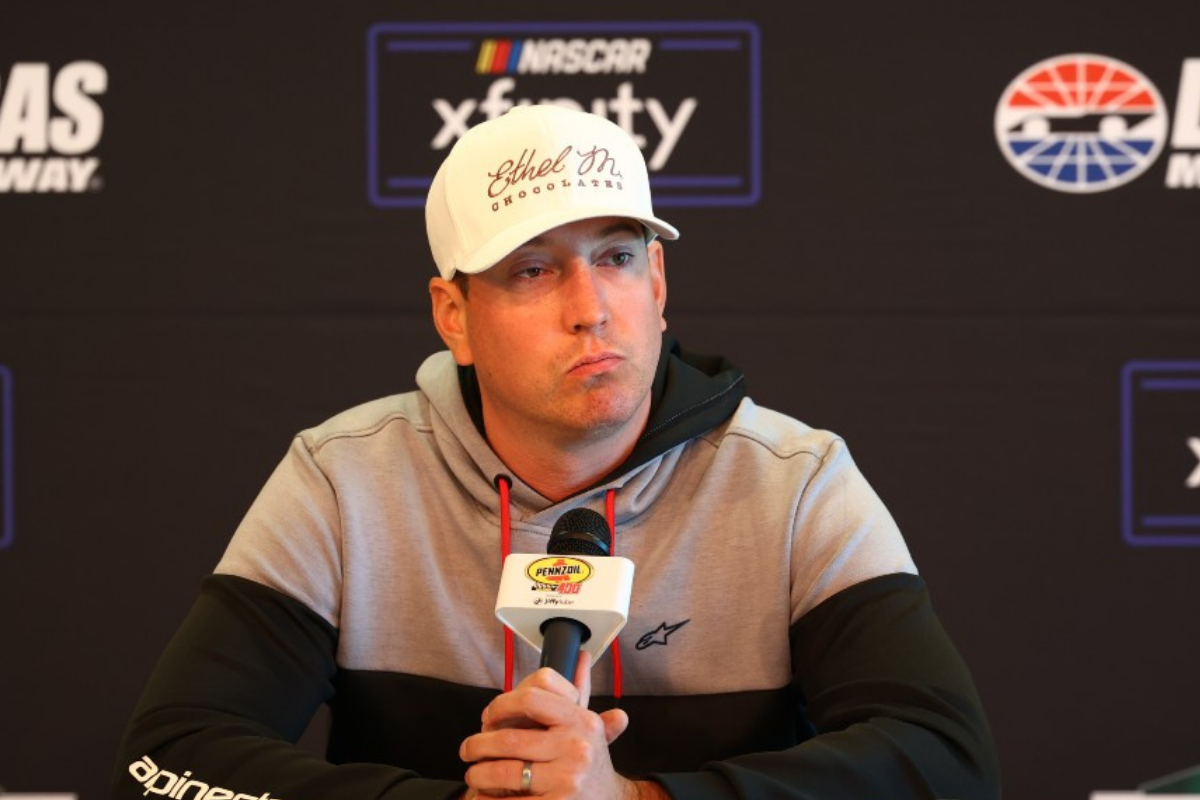 All things considered, Kyle Busch should be pleased with his performance at Las Vegas Motor Speedway.

During practice for the Pennzoil 400 on Saturday, the driver of the No. 18 Toyota for Joe Gibbs Racing crashed his primary car, making him unable to participate in qualifying and placing him at the back of the grid for Sunday’s race.

Driving a hastily prepared backup car, Busch was able to rally and race to fourth-place finish.

But, if you know anything about Kyle Busch, you know he’s only happy with finishing in first.

While expressing his gratitude to everyone at Joe Gibbs Racing who pitched in to help with the backup car (all four JGR teams were part of the effort), Busch also took the time in to break down his team’s performance during the race.

“It wasn’t meant to be. Not our day,” Kyle Busch told FOX Sports after the race.

“Our guys did a great job with a four tire stop, we were the first one’s off with four. But, there was Hendrick cars that took two [tires]. There was three of them. Which plugged up the front row and gave them a shot to be able to go race for the win on a green-white-checkered.”

“They had the right strategy. They did the right thing to block out the rest of the competition behind them. I did think I had a shot. I thought four would prevail. But, obviously not.”

Busch also took the opportunity to showcase his trademark sarcasm in the post-race interviews, when asked about how he thought the backup car performed.

Kyle Busch indicated that the backup was just as good as the primary because of all the common parts and pieces in every car. At least that’s what I gathered from this comment: pic.twitter.com/quvmjhbS1H

“It was fine. They’re all the same. They’re bought from Walmart,” Busch quipped.

Busch, who has been known to use colorful language in interviews a time or two, saved his cussing for the team radio, when he let the F-bombs fly in a mini rant directed at race winner Alex Bowman.

Upon hearing Busch’s comments after the race, Denny Hamlin chimed in on Twitter: “Yikes…T shirt?”

This was a reference to Hamlin’s beef with Bowman following the Martinsville playoff race back in 2021, when Bowman spun Hamlin from the lead and went on to win himself. In the post-race interviews, Hamlin called Bowman “a hack,” and even started selling t-shirts of the comment on his official website.

As for Hamlin’s performance, the driver of the No. 11 Toyota for JGR wrecked out with 46 laps remaining, placing 32nd.

“Fastest car in the track today. Worst driver on the track today,” Hamlin wrote on Twitter, though he was able to elaborate a little bit about what happened to Fox’s Jamie Little.

“Yeah, we broke the transaxle,” Hamlin said. “Just killed every gear when I left pit road. We had the best car today. Just got back there and we were working our way forward and made mistakes.”

Who knows whether Alex Bowman will find himself the target of another t-shirt design, but the driver of the No. 48 Chevrolet for Hendrick Motorsports was more than pleased with what he and his team were able to pull off on race day.

“This thing was so fast all day,” Bowman said in a post-race interview. “Just never really had the track position we needed to show it. Man, what a call by (crew chief) Greg Ives and the guys to take two (tires) there. Obviously it paid off.”

“Racing Kyle (Larson) is always fun. Got to race him for a couple wins. We’ve always raced each other super clean and super respectfully. Just can’t say enough about these guys.”

“It’s been a pretty awful start to the year, so to come out here and get a win on a last restart deal is pretty special.”