Chase Elliott is coming into his own as one of NASCAR's top drivers, and not just from a performance perspective. Obviously, he's already dominating on the track, with 17 Cup wins and a championship under his belt at only 26 years old. But, the best drivers in NASCAR's modern era aren't just expected to show up on Sundays and consistently turn in top-10 and top-five performances. They also need to need to be outspoken representatives of the sport, especially in recent years with attendance and viewership numbers on the decline. Elliott has typically never been one to give his opinion on NASCAR's inner workings, but he's clearly starting to see the importance of using the interview microphone as a promotional tool. His press conference last Friday at Bristol Motor Speedway was a perfect example of this.

When it comes to NASCAR growing as a sport, Elliott thinks scheduling is of the utmost important. On that end, stock car racing's largest sanctioning body has a little bit of a problem: the NFL. Every Sunday from September to early November, NASCAR and the NFL are in direct competition. Given that the playoffs are running during this time, this isn't an ideal situation for NASCAR to be in, according to Elliott, and it's not something that should be ignored.

"Thirty-six, 45, 50, I don't think it matters how many races we have," Elliott said. "But I don't see any reason in competing against NFL football when that starts. In my opinion, that's not a battle we're ever going to win. I think we should be smart about that." 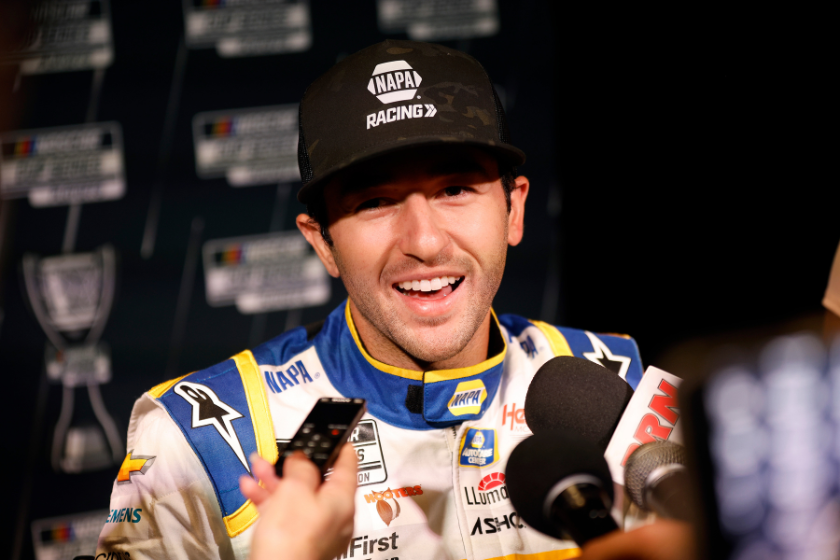 Since NASCAR moved to the playoff format in 2004, they have been going head-to-head against NFL programming. So, what's the fix? Right off the bat, you might suggest throwing in more Saturday races. Well, according to Brain Herbst, NASCAR's Senior Vice President of Media and Productions, viewership is actually 25% higher when a race is on Sunday afternoon instead of Saturday night. Apparently NASCAR does better competing against the NFL than college football. With that in mind, the next solution seems to be including more weeknight races on the schedule, but NASCAR tried this in 2020 at the height of the COVID pandemic. It didn't work out so well.

This probably leaves no other logical explanation than to just bite the bullet and have NASCAR duke it out with the NFL. It's very possible that NASCAR hasn't exhausted its creativity in making alternative scheduling decisions that actually work, but as it stands, Sunday playoffs races are here to stay. Now, Elliott's not necessarily wrong in saying that NASCAR needs to be smart with its scheduling. In fact, he has an idea on that front that plenty of NASCAR fans would likely get behind: more night races.

"There are a lot of Sunday afternoons that we spend in some really hot environments," Elliott said. "Which is fine, I'm good with that. But if I was a fan sitting in the bleachers, I wouldn't be. For 3.5 hours in August, I would much rather do it at night and enjoy a night race, which number one I think is really cool. The environment is really neat."

"[The Bristol night race] is the best race of the year; here under the lights. I also understand that it's cool because we don't do it much. But I just think you see a lot of short tracks in places that run Saturday night shows and I think during the summer months, it's something we should consider doing more of."